This is a brief blog to explain the background to the rented housing amendments I lodged at Stage 2 of the Coronavirus (Scotland) (No.2) Bill on Tuesday 19 May and those I intend to lodge at Stage 3 to be considered on Wednesday 20 May.

Both pieces of legislation are designed to respond to the challenges posed by Covid-19 and typically make some administrative changes to how the courts and public bodies work as well as some more substantive policy changes in housing, licensing and justice.

Many people are facing new hardships due to job losses, declines in incomes and wider insecurities. These include renters who, like everyone else, are required to stay at home but whose security in their home its subject to laws on housing tenancies and the attitudes of landlords.

Responding to this, the first Act extended the period of notice required to be given by a landlord to a tenant if they wished to evict them. This was designed to ensure that renters could not be evicted during the pandemic. These reforms, however, did nothing to stop evictions being initiated during the so-called emergency period. I lodged a series of amendments to prohibit any evictions being sought during the crisis (not simply require longer notice periods). These amendments were rejected by Parliament.

Since 1 April it has become clear that longer notice periods will not be sufficient to deal with the hardship likely to be faced by many tenants – hardships that will extend beyond the emergency period when landlords will, if nothing changes, be within their rights to seek to evict tenants once again on the grounds of rent arrears that may have accrued as a result of hardship during the crisis.

So, when the new Coronavirus (Scotland) (No.2) Bill was introduced to Parliament on Monday 11 May I took the opportunity to propose amendments that would seek to deal with the post-covid period. I notified the Housing Minister on Tuesday 12 May of my intentions and invited him to discuss my proposed amendments with a view to potentially supporting them at Stage 2 (or stating why he could not).

I received no response.

Thus I lodged amendments 16-20 which did four main things.

Amendment 18 provided that in certain circumstances (to be seat out by Ministers) rent liability for some tenants facing particular hardship could be extinguished.

A number of parties including social housing interests wrote to the Committee with their concerns. I was not copied in to any of these representations and thus was unable to respond to them.

All the amendments were defeated by SNP and Conservative members of the Committee with the Liberal Democrat member supporting three of them and opposing two of them.

The arguments can be seen in the draft Official Report of the Meeting. All the housing amendments were dealt with at the beginning of the meeting.

Debate now moves onto Stage 3, the amendment deadline for which is 0930 on Wednesday 20 April. I am lodging a similar suite of amendments again but further amended to reflect objections made at Stage 2.

Amendment 16 will be taken forward by Pauline McNeill MSP (note that these numbers relate to the Stage 2 amendments, the amendment numbers for Stage 3 will be different)

Amendment 17 will now apply only to the private rented sector and the baseline date will be 1 April so as not to disadvantage landlords who have reduced rents during the crisis.

Amendment 18 now makes clear that writing off rents is only for tenants facing unusual or extreme hardship and it will be for Ministers to define this in regulations. It is NOT and NEVER was framed as a broad writing off of rent.

Amendments 19 and 20 now apply only to the private rented sector and make explicit that arrears can only be disregarded for the purpose of evictions (but remain payable) if the arrears are directly liked to coronavirus.

The redrafted amendments focus the intentions more explicitly, respond to objections and remain a modes but important suite of reforms designed to afford proportionate protections to tenants facing hardship because of factors beyond their control.

Scotland still lags behind many continental European countries in tenants rights and politicians continue to instinctively protect propertied interests rather than the interests of tenants. Since the propertied class have assets, they are relatively well off. For tenants, however, we are talking about their homes, the schools their children attend and the jobs they have. Tenants stand to possibly lose all of this and be kicked out of their homes. Landlords will still have a valuable asset.

It is time to stand up for the human right to a home.

I have just realised that I have never posted the good news about my defamation case here on my own website so here is it for the record.

Lord Clark ruled comprehensivelty in my favour in an Opinion published on 11 March 2020. This was just as coronavirus was taking over all of our lives and so I forgot completely to provide an update on my website although I did contact all the donors to my crowdfunder with the good news (though apologies I may have omitted to contact a number of people who donated by post).

The case (Wildcat Haven Enterprises CIC vs. Andy Wightman A111/17) was heard by Lord Clark at the Court of Session from 29 October 2019 – 8 November 2019. The Closed Record (the written argumets b y pursuer and defender) can be read here (2Mb pdf). Lord Clark rejected all of the pleas of the pursuer in what was a comprehensive victory for me. As a matter of law therefore neither of these two blogs are defamatory. The Pursuer issued a statement to the media on 11 March stating that “we will certainly appeal the decision”. However, the 28 day period in which to appeal has now expired and no appeal has been lodged. The original blogs are thus back online here and here. 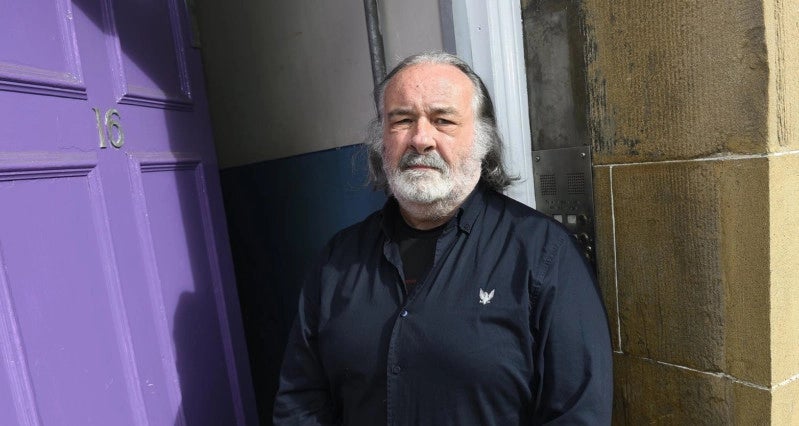 Over the past few months I have been assisting a constituent to resist a Notice to Quit served on him to evict him from his home. I have set a Crowdfunder up to raise funds to pursue a legal case on human rights grounds to halt the eviction of 67 year-old Colin Brown from his home of 27 years in Leith, Edinburgh.

We are raising funds via Crowdjustice here https://www.crowdjustice.com/case/colinbrown/

Colin’s landlord is a company called Express Investment Company Ltd. The company owned 29 residential properties as at March 2018 and is disposing of all of them. In the case of eleven tenants who have secure tenancies, their homes have been sold with the sitting tenants remaining in their homes. Notices to Quit on the remaining properties have been served and the tenants have left. Colin Brown is the last remaining tenant. He is challenging his eviction in the First Tier Tribunal at a hearing on 17 January 2020.

This crowdfunder is not concerned with this tribunal hearing but with a wider planned challenge to the Housing (Scotland) Act 1988 on the grounds that in the circumstances of this case, the legislation violates Colin Brown’s human rights under the European Convention on Human Rights (Article 8 Right to Respect for Private and Family Life and Article 1 of Protocol 1 Protection of Property).

We believe that it may not be proportionate under Article 8 to evict a tenant who is 67 years old and has lived in his home for over 27 years. We believe that it may violate Colin’s rights under Article 1 of Protocol 1 as it may be disproportionate to remove his property rights (the 27 year tenancy) in favour of a corporate landlord who by definition cannot e.g. live in the property.

Why does this matter?
This case clearly matters for Colin Brown but it could also be of wider significance to the 15% of the Scottish population who live in the private rented sector. We believe that there are elements of private tenancy law that do not adequately uphold the human right to a home, to a private and family life and to possessions because it is too easy in too many cases to evict a tenant at short notice.

What do we propose to do?
We propose to obtain an Urgent Opinion by a leading Advocate as to the likely grounds and chances of success of this action. We have already secured pro bono advice from a leading academic authority in the field of ECHR.

How much we are raising and why?
We propose to raise £10,000 to secure this Opinion and to review the options open to use once it has been given. if we then decide to proceed to litigation, we will launch a new and separate crowdfunder.

This is about the worst time of year to ask anyone to donate money but Colin faces eviction and too many other private tenants live insecure lives. Thank you for whatever support you are able to provide.