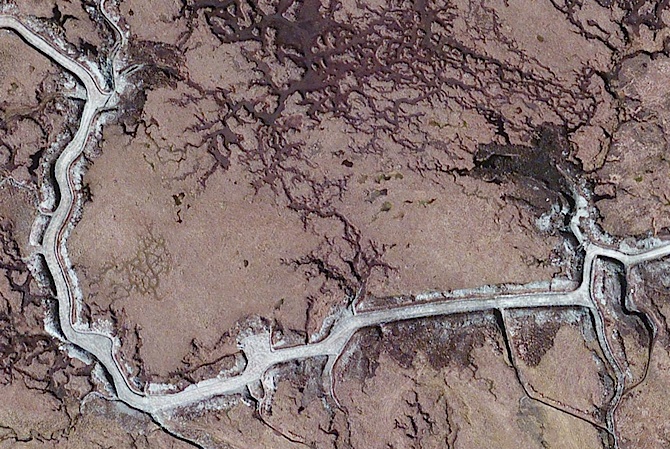 Dr Kenneth Brown wrote a guest blog (here) discussing the harassment he faced going about his lawful business at Ledgowan Estate, Achnasheen, Ross-shire. This led to quite a few comments and emails recounting similar such incidents at Ledgowan over the past few year since Andrew Simpson took over ownership of the estate.

This in turn led to the revelation (to me) of the 18 km track that has been crudely bulldozed across the hills under Class 18 Permitted Development Rights whereby developments for agricultural use are exempted from the need for planning consent. Despite recommendations from Scottish Government officials in 2012 that such tracks be subject to normal planning rules, Derek Mackay (Minister for Local Government & Planning) under pressure from farming, landowning and forestry interests, refused.

Since publishing these blogs, more information and insight has come to light and I thank all those who have been in touch.

It is now confirmed that the road was built for agricultural activities. A number of hill farmers have been in touch with me. None can see any conceivable use for a road of this length, routing, construction or quality in this particular place. So what is it for? Simpson’s own website implies it is for trout and salmon fishing and wildlife safaris.

Interestingly, SNH concede this fact in their comments in the current application where they point out that “the proposed turbine is located on terrace 2 within the SSSI. We agree that a turbine located here, with no need for additional tracks minimises damage to the main features of the site.” This  remember is a track that has smashed right through Terrace 1 and 2.

The unauthorised construction of this track raises questions about pollution. A prominent expert in such matters has highlighted to me the possible issues with drainage, run-off and sediment loading. The road has been hastily constructed in an inexpert manner across numerous watercourses. It is clear that substantial works have been carried out on the loch shore. Have these works ever been approved by the Scottish Environmental Protection Agency (SEPA)? 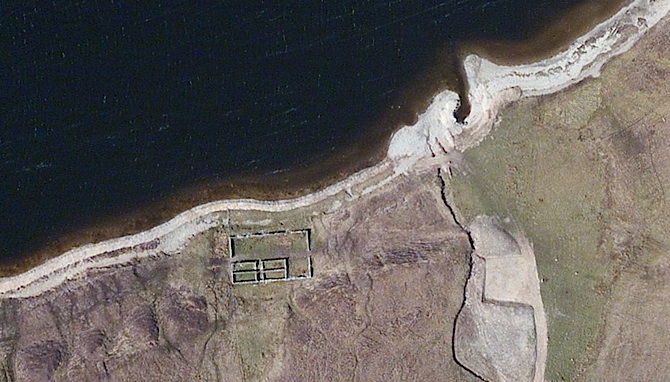 “Could you provide me please with any information that SEPA holds in relation to activities on Ledgowan Estate, Achnasheen.In particular I am interested in the road that has been constructed and, for example, whether the estate has a CAR licence under the Water Environment (Controlled Activities) Regulations 2011 for the water crossings and works by Loch a Chroisg.”

SEPA replied today and told me that they held no information in relation to the track, pointing out that if the watercourse crossings had been “done in accordance with General Binding Rule 6, then SEPA would not need to be involved”. We do not know, of course, whether such rules were followed.

More interestingly, in relation to the works on the shore of Loch a Chroisg, SEPA refused to release the relevant information.

“Please note that SEPA is aware of engineering activities in Loch a Chroisg undertaken by Ledgowan Estate in June 2011 which resulted in the alteration of the watercourse. The work was carried out without a licence. SEPA holds information relating to this however the information has been withheld from release at this time under Regulation 10(5)(b) of EIR which states:

’10(5) A Scottish public authority may refuse to make environmental information available to the extent that its disclosure would, or would be likely to, prejudice substantially … (b) the course of justice, the ability of a person to receive a fair trial or the ability of any public authority to conduct an inquiry of a criminal or disciplinary nature.’

The Public Interest Test was carried out in relation to the information to be withheld under regulation 10(5)(b). To disclose evidence in a case prior to it being considered by the Procurator Fiscal, thus putting it in the public domain means the accused may not receive a fair trial.”

It therefore seems clear than an alleged offence has been committed under Section 44 of the Regulations and that criminal proceedings may follow.

The full reply from SEPA is here.

I have written to SEPA inviting them to investigate whether or not the 2011 Regulations have been followed in the construction of the new track.

SEPA will arrange to visit the site and look into your complaint. Once we have done so, we will get back to you and let you know the outcome of our findings.

It appears that the new landowner takes quite a hostile approach to the local community as is evident from this Community Council minute of February 2012 regarding a dispute over pedestrian access along a now disused public road.

“The Chairman read out a letter from Helen Christie raising issues about access to Ledgowan Estate, threatening behaviour, construction of hill roads and the access across the bridge. Dave Mackenzie (an employee of Ledgowan Estate) stated he hadn’t stopped anyone and that the estate will abide by the law.”

Highland Council has now issued a Traffic Regulation Order permitting pedestrian and cycle traffic to continue to use this short stretch of the former A890 (council paper and minute).

During 2011, there was considerable disquiet among residents of Achnasheen about the construction of the new track and numerous complaints were made to Highland Council. On 5 August 2011, Dave MacKenzie submitted a Freedom of Information request to Highland Council asking for details of complaints that the Council had received. The Council complied with the request but redacted the personal details of those who had made the complaints. Mr MacKenzie asked for a review of the decision and subsequently appealed to the Scottish Information Commissioner who, in her decision, stated that,

“Mr MacKenzie is an employee of the owner of the Ledgowan Estate. He has explained that his request was motivated by the harassment and disruption to the progress of work that he was feeling as a result of the Council’s response to complaints, which he considered to be made by individuals or organisations that appeared to be either ill-informed or motivated by malice. He explained that he wanted to know the identities of those making complaints in order to inform them of the reason why work was being carried out.”

As is clear from Mr MacKenzie’s attendance at the Community Council meeting, he had (and continues to have) ample opportunity to “inform” people of “the reason why work was being carried out“. As for the harassment, disruption and malice which he refers to, let’s note one incident that took place just before Christmas 2011.

A number of residents noticed that their oil-fired heating systems stopped working. Upon inspection, an engineer found that holes had been drilled in their oil tanks, with the the contents seeping into the ground all over their gardens. The police investigated these criminal acts but found insufficient evidence to take further action.

In another incident, a person closely connected with the estate was caught digging a badger sett. Again the police were called but insufficient evidence was available and the perpetrators claimed that they had been looking for foxes.

Earlier this year a black-throated diver was found dead having been “shot by a high velocity projectile”.

The above incidents may have nothing to do with the estate. They may (although it appears unlikely) have entirely innocent explanations.