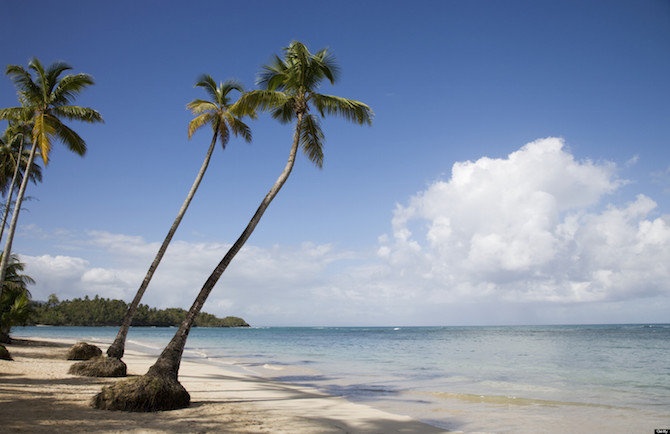 Yesterday the Scottish Government announced that their solution to the problem of not knowing who is behind the opaque corporate structures owning Scotland’s land was to create a public register of those who control land, (media release here and letter to RACCE here) as part of the Land Reform (Scotland) Bill currently passing through parliament. This step should be broadly welcomed and is a significant step forward from the previous proposals in the Bill to improve transparency of Scottish land ownership.

On paper this announcement appears close to the improvements to transparency of land ownership which I blogged about two weeks ago, but is it really as good as it sounds?

No-one disputes that not knowing who is really behind major swathes of land in Scotland is a problem. It prevents local communities living on or affected by land from contacting the true owner if they have a problem (rather than an anonymous shell company), it prevents law enforcement agencies from investigating crimes and it’s ironic that having won the right to roam, Scotland’s citizens don’t have the right to know who truly controls and makes decisions about the land they are walking on.

In a letter accompanying the Government’s announcement, Minister for Environment, Climate Change and Land Reform, Aileen McLeod MSP, describes their intention to “requir[e] the public disclosure of information about persons who make decisions about the use of land in Scotland and have a controlling interest in land”.

However, the devil is certainly in the detail and there are many ways in which this commitment may not provide us with what we really need to know about who truly owns Scotland’s land. The potential for loopholes and exemptions which would render this register meaningless are substantial.

Most importantly (and let’s get the boring technical stuff out of the way first) this register needs to consist of the “person(s) of significant control” of the legal entities owning land in Scotland. This term is the technical definition of what’s more commonly known as “beneficial ownership” and means that what is registered are the names of the individual people who either own or control land in Scotland. This term already applies in Scotland through a UK-wide register of company beneficial ownership which was introduced in 2015. Adopting this technical definition is the only way to ensure the register will include what we need it to.

This register has the potential to finally shine a light on some of Scotland’s most shadowy corporate entities, for example Scottish Limited Partnerships and the shell company structures used to hide land ownership in Scotland in overseas tax havens and secrecy jurisdictions. Therefore, it’s essential that there are no loopholes or exemptions which these kinds of corporate vehicles can exploit.

The register should of course be free and fully publicly accessible.

We also have questions about process. What the Government’s proposal does is push the more difficult discussions into the next Parliament. So it’s important that the Bill describes the register in robust enough language that it cannot be later watered down, as well as introducing a firm duty and deadline by which the regulations providing for this register have to be adopted.

One major question remains however – why the Government has proposed this register to be separate from the Land Register? My earlier guest blog outlined the reasons why expanding the Land Register requirements to include beneficial ownership appears to be the simplest and most administratively straightforward route to achieving this goal.

But still – what a difference a week makes. This announcement has completely changed the terms of the debate about transparency in land ownership in Scotland and this can only be good. What we need now though are tough ideas and quick thinking to close potential loopholes and ensure this commitment once and for all brings Scottish land ownership out of the shadows. 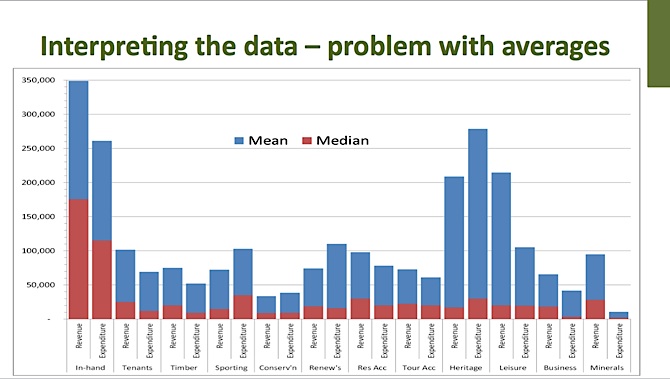 The image above (click for larger version) shows the missing slide from the presentation on the Economic Contribution of Estates referred to in the Means and Medians blog from last week. (1) It is important because it shows the significant difference between the mean and the median. (2)

In particular it is important because the researchers who wrote the report stressed that in such a skewed sample, the mean should not be used.

It should, however, be stressed that the overall average values are very heavily influenced by the large and very large estates and the median figures for average income and investment are significantly lower.” (4.2.2 pg. 39)

In presenting the findings, the lead researcher, Rob Hindle stated that,

The means and medians are not published in the report for these very reasons. However, SLE issued a press release on 16 April entitled “New Research Reveals Significant Annual investment on Tenanted Land and Crofts by Estates” with an opening line that read,

“Rural estate owners are investing an average of £69,000 per year on their tenanted farms and crofts“, new research has revealed.

The release went on to state that average income amounted to £101,422.

The more accurate figures are the medians and, as the graph shows (second set of columns from the left), the difference is startling.

The differences for other categories – notably heritage and leisure are even more pronounced.

(1) I should emphasise that the report is an excellent report and I plan to blog at greater length on its findings.

(2) The mean of a sample is the total of all the values divided by the number of values. The median is the middle value in a distribution of values. So, for example in a town with 100 houses where 99 were worth £100 each and one was worth £1 million, the mean would be £10,099 (1,009,900 divided by 100). But describing the average house price in town as being £10,999 is obviously misleading. In a skewed distribution, the median is more useful and in this case is £100 (the middle value when all values are lined up from smallest to largest) – in this case a far better representation of the average or typical price of a house.