Earlier this week Donald trump was calling for a revolution in the USA. His series of twitter rants are dissected here by the Guardian.

Today, his attention turned to Anthony Baxter, the Director of the globally acclaimed You’ve Been Trumped that was watched by 1.1 million viewers on the BBC last month.

Mr Trump has put a dot in front of @antbaxter which means these tweets are sen by the over 1.8 million people who follow Mr Trump (instead of only those who follow Trump AND Anthony Baxter).

If you want to see the complete set of Donald Trump Golf Channel clips in which he sacks his greenkeeper, stuffs $$$ in the pocket of his golf course architect and dishes out various other abuse, head over to menieconcerns and have a watch.

Donald Trump is still a GlobalScot

It was revealed today that the Scottish Government had asked Donald Trump to put his name to a statement supporting their decision to release Abdelbaset al-Megrah from prison in July 2009. I suspect Mr Trump was approached as he is a GlobalScot.

Last week, Donald Trump confirmed that he was planning a “massive lawsuit” against the Scottish Government and claimed that Alex Salmond had a “death wish for Scotland.”

Why is this man still a GlobalScot – a prestigious list of International Ambassadors for Scotland?

See Previous Posts in GlobalScot (particularly earliest one) outlining the scheme and with links to data list of all GlobalScots.

I am the evidence (cont.) 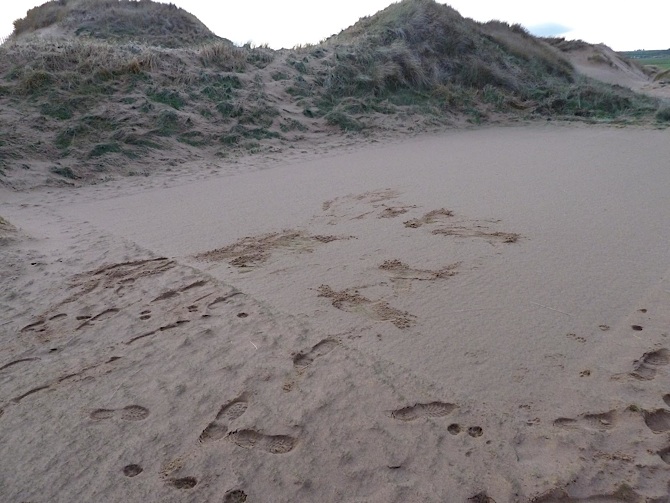 Further to my previous blog on the future prospects for Donald trump’s golf course (scroll down to see it), I am delighted to publish some photographs which illustrate Point 2 – that the Menie dunes will keep moving. These photographs were taken by Sue Edwards in December 2011 and show sand blown onto the tees of the 5th hole. These are of course quite minor blows but there have been 3 similar events this year alone.

This follows erosion at Hole 3 which has involved engineering works to stabilise the green. Interestingly, the works were undertaken partially on land below the High Water mark – land which Trump does not own. I am making inquiries about what the Crown Estate Commissioners know abut this. Further details about this incident can be seen in paras 31-37 of this MEMAG meeting of 11 April 2011. 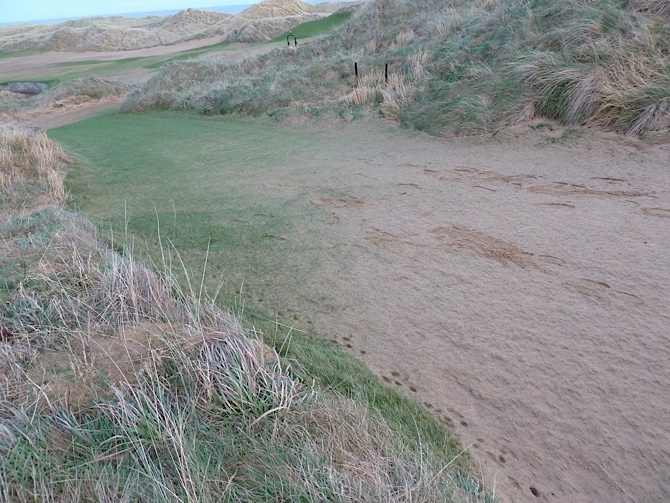 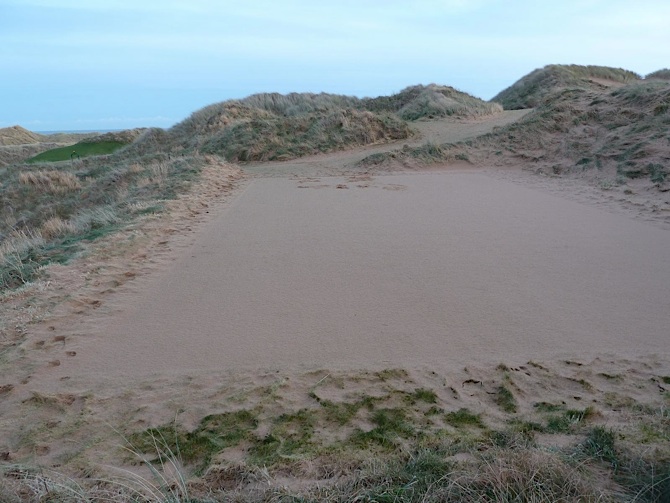