Who is Henry Angest? 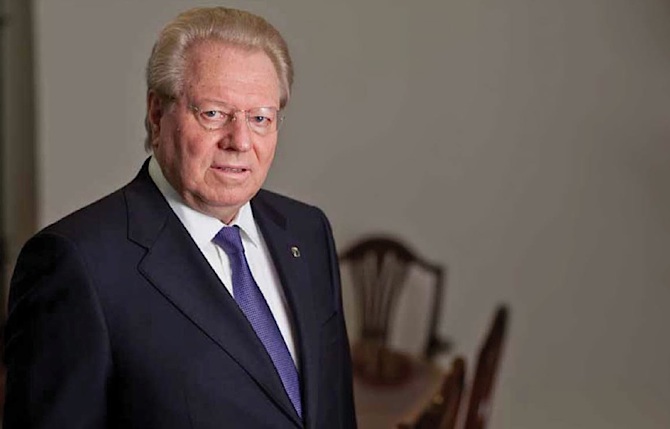 As someone engaged in asking questions about land and its ownership, I have always been aware of the paucity of academic study of land tenure and ownership. That striking absence has, in part, motivated my ongoing investigations. So it was with a sense of anticipation that I noted some years ago that the Centre of Mountain Studies at Perth College/UHI was to undertake research into landed estates in Scotland. A project entitled Sustainable Estates for the 21st Century began in 2007 with the overall aim of “integrating the concept of sustainability into the management of large, upland estates in Scotland”.

My interest, however, quickly faded when I learned that the research programme was not acutally going to query the legitimacy of the current division of land or its ownership but merely investigate how they can be made more “sustainable”. This line of inquiry takes the rational and existence of such landholdings as a given. Now universities are perfectly entitled to pursue what questions they deem appropriate. But sometimes it is worth asking why academics ask the questions they do. In particular, who is funding the research.

Before we proceed any further let me make it clear that I am not calling into question the academic rigour or quality of the actual research that has been carried out. I am not qualified to do so and so have no view on the matter. I have met the researchers and they have gone about their work with diligence.

Henry Angest is a banker and was born in Switzerland. He was an international executive with The Dow Chemical Corporation in Europe, USA, Latin America and Asia. Currently, he Chairman and Chief Executive of Arbuthnot Banking Group and is a former master of the Worshipful Company of International Bankers.

He and his wife, were named as having had dinner with The Prime Minister in the wake of the cash for access row in March 2012. According to an Observer investigation, Angest has provided almost £7 million to the Conservative party in loans and donations between 2001 and 2010 (1) He was also a funder of Atlantic Bridge, the charity that funded Adam Werrity’s excursions around the world with Liam Fox. He also owns Ashmore estate in Perthshire under the name of Rora investments Ltd., a company registered in Jersey.

The Henry Angest Foundation was established in April 2006 and has since donated a total of £285,000 to Perth College/UHI. This represents 75% of all its charitable giving in the period to 2010 since when it has had no income. Given the scale of this donation, I asked UHI for details on how this research contract had arisen. Specifically, I asked in October 2011

“Please could you supply me with information contained in correspondence, reports, agreements. memoranda or other recorded media in relation to the circumstances, purposes, terms and conditions of donations made to Perth College Development Trust 2004 by The Henry Angest Foundation in 2007 (£125,000), 2008 (£80,000) and 2009 (£80,000).”

UHI replied with the requested information on 29 November 2011 and it contains a great deal of interesting material. I noted in passing, however, a paragraph of the covering letter which stated that:

“Copyright in the information you have been given belongs to Perth College or to another party. Copyright material must not be copied, distributed, modified, reproduced, transmitted, published (including published on the Internet or an Intranet), or otherwise made available in whole or in part without the prior written consent of the copyright holder or as expressly permitted under the terms of the Copyright, Designs and Patents Act 1998. Should Perth College agree to give consent to the use of the information, Perth College must be credited as having done so.”

I therefore sent an email to UHI:

“In relation to the last para on the first page of your covering letter (Copyright), I now formally request that I may use extracts from the material provided in a written article to be published on the internet.”

“On this occasion, we choose not to grant permission for use of these materials for web publication, or any other distribution media.”

Which leaves me with something of a dilemma. Material released under FoI is considered to be in the pubic domain but may still be subject to copyright restrictions. I propose therefore to tell you what is contained in the documents rather than reproduce them. The documentation consists of emails and letters. There is a fair amount of redaction.

The relationship between what was originally Perth College (now UHI) and Henry Angest begins in November 2005 with a donation by Angest to the Perth College Development Trust. This is followed by a meeting between Angest and Perth College Principal, Mandy Exley. She follows this up by a letter, the first paragraph of which is redacted but which goes on to state that “I fully appreciate your views about the direction and tone taken by the Scottish Executive” before mentioning research on estates that the College is proposing to undertake. By August 2006, Perth College are highlighting the tax refund that Mr Angest can expect as a higher rate taxpayer (18% of the donation) and proposing that he be made an Honorary Fellow of the UHIMI (University of the Highlands and Islands Millenium Institute – UHI is not at this stage a University). Angest replies saying that he beleives the Sustainable Estates research Project is “very important for Scotland” and poses questions about the timetable for University status and about how one is proposed for an honorary degree.

In January 2007, Perth College announced the “donation of £285,000 towards research into Scottish estates.” The research, it is announced, will “look at the economic and employment benefits of estates to local communities and how owners and managers ensure that their estates fulfil their diverse roles.” “To say that we are thrilled would be an understatement”, said Mandy Exley. “We are tremendously grateful for the gift.”

At this point it is worth noting that the research is designed to look at “benefits” and how estates “fulfil their diverse roles” The hypothesis that estates may provide no benefits, may even harm local communities, and may not fulfil any useful role at all is not to be subject to any inquiry or analysis.

On 21 September 2007, Henry Angest received his Honorary fellowship at Blair Castle. By early 2008, research students had been recruited and had begun work. By early 2010, the question of further funding arises and Angest writes to Professor Martin Price, the Director of the Centre for Mountain Studies to lay out two issues. The first is redacted in its entirety. The second is revealing.

Of course, Mr Angest, as a private donor is perfectly entitled to give money to whomsoever he likes but in this statement is revealed a motive that is inappropriate in any private donor – namely that they wish to be assured that the outcome is not “wrong” or “unacceptable.” It should be obvious that such reassurance can never be given since it is impossible (or should be) to know at the outset what the results of any inquiry will be.

Mr Angest is also angling for an Honorary degree but is told that this could only be considered when University status and research degree awarding powers are granted. Mr Angest’s response to this news includes a substantial redacted section. But he is told by Professor Martin Price that “I will do all I can to assure that, when this time comes, you are proposed for one of the University’s first honorary Doctorates.”

In May 2011,Mr Angest writes to Professor Price to congratulate him on a recent research presentation to a meeting of the owners of Scotland’s largest estates. He then goes on to talk about community-owned estates. A whole paragraph is redacted but he continues,

“Having observed some of these community estates as a bussinessman, I have great trouble in believing that they can be truly financially viable, for the following reasons:

Some of these estates have been endowed with huge amounts of public money, including money from charities. They were therefore acquired without debt and some may well have surplus funds. Furthermore, I would be very surprised if they didn’t continue to draw subsidies, including possibly, personal benefits for the people living and working there. I don’t consider that such a privileged situation makes an estate independently financially viable (or sustainable).”

Professor Martin Price, in the 10th annual report of the Centre for Mountain Studies, thanks Henry Angest “for financing what will, I hope, be regarded as a landmark study on estates.” (7) I’m not sure it will tell us anything of any great import.

However, the fact remains that this is the most substantial research programme on Scottish “estates” in recent decades and yet begins from the premise that such landholdings are a given. The inquiry fails to consider a range of issues central to a critical understanding of their role and function such as succession law, taxation, land tenure, the role of charity law, offshore trusts, trust law and the peculiar fact that these estates are exempt from business rates.

If I can be sure of one thing, it is that Henry Angest would never have funded research that examined these questions and that might have undermined the legitimacy, benefits or role of Scottish estates.

Mr Henry Angest has not, at the time of writing, been offered an Honorary Doctorate.

(1) In particular, his company Flowidea Ltd. has donated money to the Conservative Party in Scotland as follows