devolve the Crown Estate to Scotland! 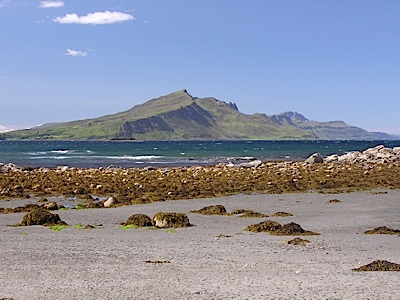 These were the final words uttered by Richard Lochhead in his speech to the SNP conference in Perth today. Looks like the SNP and the Liberal Democrats are now in agreement. I look forward to seeing the results but am not holding my breath. Elsewhere in his speech, he says that the Crown Estate Commission should be answerable to Scotland – that’s very different to it being devolved. In fact nothing needs to be devolved. All that needs to happen is that an amendment is made to thre Crown Estate Act of 1961 to the effect that it shall not apply to Scotland. The effect of that is simply to remove the CEC as the body administering what is already public land under the jurisdiction of Scots law and already within the competence of the Scottish Parliament.

1520hrs Alex Salmond said in his speech, “The Crown Estate Commission, which controls the foreshores of Scotland, must be brought under the control of the Scottish people.” With respect this is not the solution for the simple reason that under the Scotland Act, the CEC is reserved and the Scottish Parliament has no powers to do anything about the CEC. I don’t want the CEC accountable to the Scottish Parliament – I want the CEC to have nothing to do with Scotland’s crown lands! We have just created an agency, Marine Scotland, which could do the job. Better still, we should devolve powers further to Scotland’s coastal communities.