I thought feudalism was dead? 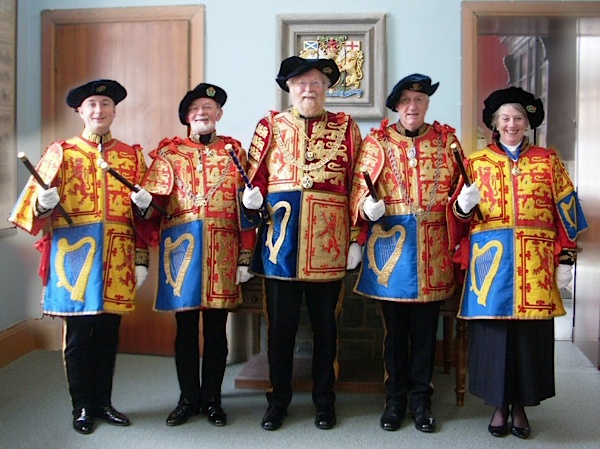 I know two of the men pictured above and have nothing but respect for them as legal scholars. They have even been invited to the launch of my new book, The Poor had No Lawyers. But I do question the relevance of the offices they hold as Her Majesty’s Officers of Arms (legally members of the Royal Household) and known as the Albany Herald, Rothesay Herald and Ross Herald, Carrick Pursuivant, Unicorn Pursuivant and Ormond Pursuivant.

A recent tale of woe from an ambitious and dynamic amateur football club, Formartine United (disputed crest below) demonstrates the archaic nature of this institution and its rules. 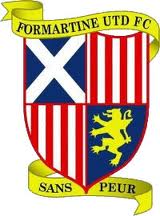 Why should not anyone be able to design a badge, crest or shield if they want without getting the (expensive) permission of these curious Royal Officers? And what is all this nonsense about family conventions? In a time of public spending cuts, should we not simply abolish the Court of the Lord Lyon?