What we learnt today

25. April 2012 · Comments Off on What we learnt today · Categories: Democracy, Politics, Trump 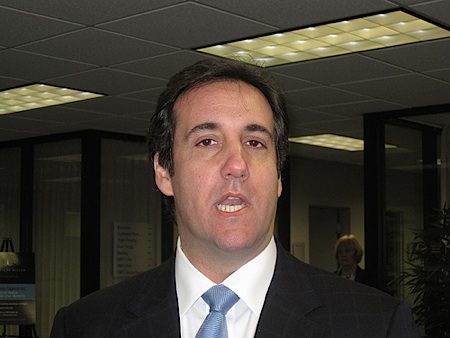 I resent spending time writing about Trump. But he continues to bully, harrass and lie as well as violating people’s human rights, breaching planning consents and generally running riot over the lives and democratic processes of Scotland. So what did we learn today?

We learnt that, contrary to all the bluster, Trump’s claims about promises, reassurances and deals were hot air. All he had were alleged comments from Jack McConnell and Alex Salmond as to the likelihood of an offshore wind energy test centre in Aberdeen Bay. We learnt that in October 2007, Trump had dinner with Salmond at a Scottish Development International event in New York at which Trump was led to believe that the EOWDC project was unlikely to obtain consent. Trump completely and utterly failed to understand that such opinions count for nothing. He only has himself to blame for what has happened since.

We learnt that he continues to lie – only this time it was to a Parliamentary Committee rather than to the press. For the record, he restated lies 2,7,8 and 9 of these ten lies of Donald Trump.

We also learnt that he will definitely not go ahead with his hotel and golf resort if the European Offshore Wind Deployment Centre (EOWDC) is granted consent.

We also learnt (though this be by deduction) that his objection to EOWDC is in fact simply an excuse to abandon his project.

Because George Sorial, his Executive Vice President and Counsel is on record as saying that,

“For this project to ever really be great, we need to have a hotel and I would challenge anyone to find a developer that would put a hotel on that site with some of the properties that are currently there in the states they are.” (1)

Trump’s delusion was to think that he could simply buy out the residents by offering them enough money. But they are made of sterner stuff.

We also learnt that Trump is now employing his New York “pit bull”, Michael Cohen who yesterday issued one of the resident’s with a “pass” to get in and out of her own home. He might care to know that under Scots law and under Human Rights legislation people in Scotland do not need Mr Trump’s permission to enter their own home. Indeed to attempt to hold anyone to ransom in this way is a criminal offence. In an interview with ABC, Cohen boasted,

“It means that if somebody does something Mr Trump doesn’t like, I do everythign in my power to resolve it to Mr trump’s benefit. If you do something wrong, I’m going to come at you, grab you by the neck and I’m not going to let you go until I’m finished.”

Oh, and we also learnt that trump’s new friends in Communities Against Turbines Scotland are climate-change deniers.

Mr Trump, could you pleeeeeeease do us all a favour and get tae…