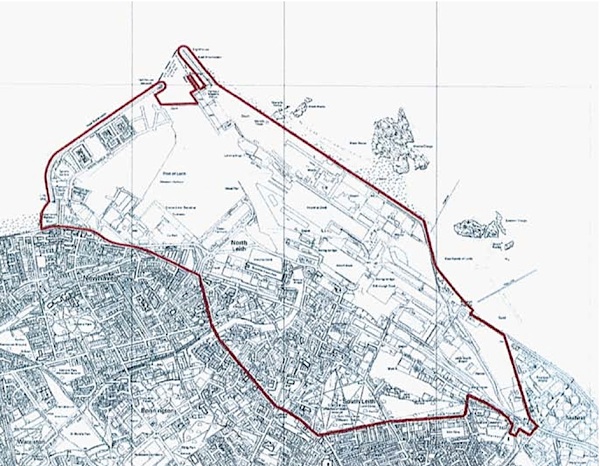 Interesting interview on Newsnight Scotland tonight with CEO of Scottish Futures Trust on tax increment financing. This is a funding mechanism for infrastructure projects whereby a public authority borrows money to pay for infrastructure (bridges, roads etc.) in anticipation of making an area more attractive for business which will then lead to an uplift in non-domestic rates (business rates) which are used to meet debt repayments on the initial borrowing. Edinburgh has just received approval for such a scheme which involves building a new road link, a public esplanade, a new pier for the royal yacht Britannia, and new lock gates. Edinburgh Council proposes to borrow Â£84 million to pay for this. It recognises that the impact will spread some way beyond the immediate vicinity of the developments and has therefore derived a red line area (see map above and below) within which it is hoped that the business rates uplift will occur. 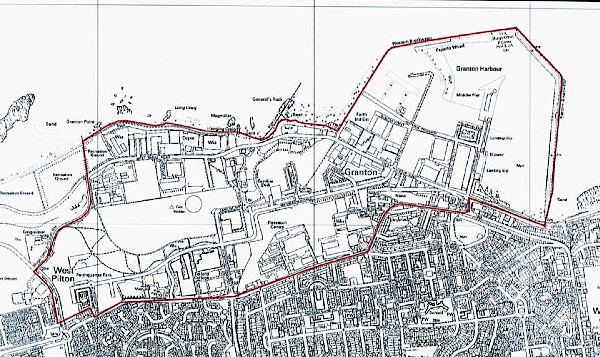 However, there all begs a big question. Why should business pay? Or rather, why should ONLY business pay? What the upgraded infrastructure will lead to is an uplift in land values across the area only some of which will be reflected in increased rental values of business premises. What about all the brownfield sites that are being landbanked by developers and investors? What about all the houses that will rise in value? If this is to be fair to all concerned, then it is the uplift in land values that should be used to finance the infrastructure.

This is at the heart of proposals for land value taxation that were published on Monday. In this report (which was commissioned from me by the Scottish Green Party MSPs) I drew attention to the fact tat Central Park in New York was financed by what is now known as the proximate principle whereby land close to desirable urban amenities such as parks leads to a rise in land values. If the local authority does nothing to capture this, it ends up in the pockets of landowners and property speculators. In New York, the 3 wards adjacent to Central Park contributed 7.5% of the city’s budget before the park and 33% of the budget after it was built even though 10,000 lots had been removed by the park itself from the tax roll.

Our proposals for LVT will leave 75% of households in Scotland paying less that they currently do under the council tax and businesses will save up to 75% compared to their current business rates. That sounds to me like a far better deal that tax increment financing where the entire burden is placed on the shoulders of business. Indeed, if business has any sense it will have nothing to do with this scam.