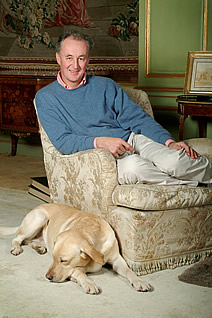 I liked this by Drumlanrig in Scotland on Sunday on 29 August 2010.

THE DAY JACK WENT TO TEE WITH THE DUKE

Jack McConnell’s imminent retirement reminds Drumlanrig of an epic golf match that was played by the former Labour leader against the Duke of Roxburghe.

The match on the Duke’s championship course on the Roxburghe estate was finely balanced when it arrived on the 14th tee, which overlooks the River Teviot. It was played at a time when the Labour/Lib Dem Executive was passing land reform legislation to enable the hoi-polloi to buy out the landed classes. Relations between the lairds and the politicians were uneasy. But both men had avoided politics until that point.

As they surveyed the scene, the Duke reminded the then First Minister that one of his ancestors had been a signatory to the Act of Union in 1707 – a fact that appealed greatly to McConnell’s Unionist sensibilities. Then, glimpsing the turreted rooftops of Floors Castle sparkling in the sunshine, the Duke informed the First Minister that the residence had belonged to his family for generations. “And we very much hope to keep it that way, Jack,” the Duke added pointedly, before smashing a huge drive down the middle. Although McConnell hits a mean ball himself, he was narrowly defeated by the Duke, a scratch player.