Trump’s lies about the wind turbines 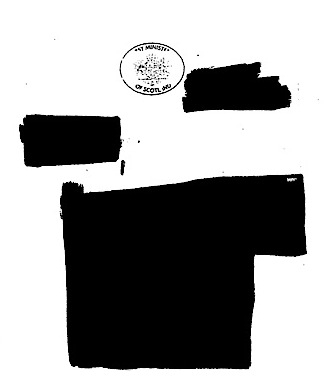 In light of Donald Trump’s claims about reassurances given or promises made about the European Offshore Wind Deployment Centre (EOWDC) in relation to his proposed golf course development, it is important to attempt to put on record the legitimacy or otherwise of these allegations. In February 2006, he regarded the proposed project as a possible “deal killer” and has made the following allegations since.

They include the following.

“As I stated five years ago, I would not have gone forward with wind turbines off our coastline and was repeatedly promised, as an incentive for us to proceed with my project, that wind turbines would not be destroying and distorting Aberdeen’s magnificent coastline.”(1)

“Simply put, we had a deal and I delivered. Do not now take away from our agreement by destroying the beauty that I invested in.” (2)

It has been implied that these reassurances, deals and promises involved Scottish Ministers and I’ll consider this question in a moment. But first of all, it is worth noting the astonishing facts relating to the timeline.

In February 2006, Donald Trump was anxiously seeking advice from Scottish Development International (SDI) about EOWDC – a project he referred to as a “deal killer”. But by this time, he had already acquired the bulk of Menie Estate for £4.498 million on 27 January 2006. (3) If EOWDC was a “deal killer”, why had he bought the estate? Did he not know of the possibility of the wind turbines when he bought the estate? If not, then questions arise over the Trump Organisation’s competence in conducting due diligence.

It is clear also that he misled SDI. In the “deal killer” email, the official in SDI tells the Scottish Government that,

“the client, whose name must remain confidential at this stage, is about to conclude within the next few days a deal on a five star plus tourism/leisure resort of international standing on a site which would look directly onto the proposed offshore wind farm development.”

Note the reference to “the next few days”. The email was written on 21 February 2006. Information on when such a deal would be concluded could only have come from the Trump Organisation but Trump’s title to Menie estate states clearly that the date of entry to the property was 27 January 2006 – a month beforehand. He must therefore have concluded the deal before 27 January 2006. Did Trump pretend to SDI that he had not in fact yet bought the land and describe the wind farm as a “deal killer” in order to put pressure on Scottish Ministers?

Against this background of deceit, it is worth returning to Trump’s central allegation that there was some deal done whereby Trump was made certain promises. The worth of any such promises would only be relevant if made before Trump acquired Menie Estate, i.e. before 27 January 2006.

Well, first of all, Alex Salmond has got nothing to do with any deals. He was not even an MSP in 2006 and did not assume the office of First Minister until 16 May 2007.

The First Minister during this period was Jack McConnell. Given the extensive redaction of emails released in June 2006, speculation has been rife in some quarters that McConnell might have something to hide. Jack McConnell spoke to Donald Trump on 3 occasions – in New York on 25 October 2005, in New York at Dressed to Kilt on 3 April 2006 and by phone on 30 March 2006. No minutes or records of these discussions was kept. But, following my circulation yesterday of this rather ridiculous example of redaction (t-shirts on the way), Jack McConnell helpfully responded on Facebook as follows.

“…always happy to oblige in the pursuit of open government. Mr Trump was treated with the same respect and courtesy that I and my government treated all potential inward investors. It is a pity that he doesn’t return that courtesy now. He was encouraged to be interested in Scotland, but always told that we had procedures about planning applications and consents that must be followed, and about which he could receive no prior guarantees. I have no difficulty whatsoever about publication of letters etc from that time, but I do not have these in my possession, they are with the Scottish Government and subject to FoI rulings from Scottish Ministers. Hope this helps. – Jack”

I could go on further but better to simply conclude that,

1. Trump appears to have deceived SDI and Scottish Ministers about his precise intentions in early 2006.

2. Neither Jack McConnell nor any of the officials in the Scottish Government or SDI at any time made any promises, gave any reassurances, or entered any deals with Trump or his staff over the EOWDC project.

I am very, very confident of that conclusion and Trump should stop making wild allegations without foundation.

(3) Up until today, I had always understood that Trump acquired the bulk of Menie Estate in May 2006 since that was the date at which an application for recording the title was made. My assumption was misguided. Menie Estate was acquired in 7 separate parcels for a total of £6,917.850. The first and largest part was acquired for £4.498 million on 27 January 2006 and the remaining parcels as follows