Crown Land – who is going to deliver? 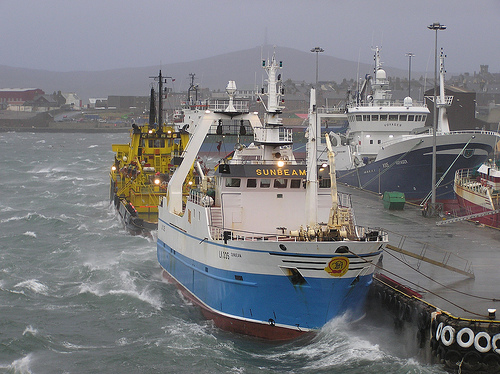 Interesting couple of stories in the Shetland Marine News this week. First of all, Michael Moore, Secretary of State for Scotland, visits Lerwick and announces that the Port Authority can buy the seabed that the harbour occupies. How kind. A closer reading reveals that all that is in fact happening is that the Crown Estate Commission (who do not own the seabed but merely administer it and collect the rents) is opening negotiations with a view to selling the seabed. This is a particularly sensitive topic in Shetland since Udal law does not rcognise crown rights of any sort. Be that as it may, it is a step forward. Tavish Scott MSP goes further and argues that “this is only the first step towards the goal of all our seabed being returned to local control.” Well said, Tavish.

So are the Lib Dem highland politicians going to deliver? More to the point, are they and the SNP Government in Holyrood talking to each other? A one line amendment to the Crown Estate Act 1961 (to the effect that “this act does not apply to Scotland”) plus some repeals of 19th century statutes is all that is required. Westminster can do this – and quickly.

Then, yesterday, Alistair Carmichael MP, Comptroller of Her Majesty’s Household (Deputy Chief Whip) calls on the UK Government to “remove control of the seabed from the Crown Estate.” (he means the Crown Estate Commission – the crown estate is merely a bundle of property rights). Well said, Alistair!

Now, all these Lib Dem MPs have the full resources of the state and the civil service behind them. The job is quite simple – remove the Crown Estate Commission from any involvement in the administration of Scottish crown property rights and the collection of the revenues from them.

PS I hear there is to be a motion at SNP conference – would be fascinated to know what it is.