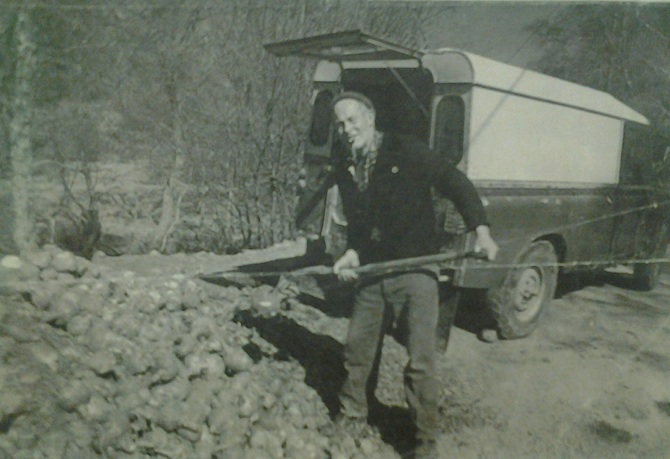 Pictured above is Rob Bain of Ardoch, Deeside, Aberdeenshire who died in July, 2010. Rob was the son of Jean Bain, the last native speaker of Deeside Gaelic who died in 1984. In an interview with Sheena Blackhall, Rob said, of his mother’s Gaelic,

Feasgar math..I canna mynd a lot o’t. I niver pickit up a lot o’t, like… Funny thing wis, the last puckle years fin she wis dottlit, she widna spik onything bit Gaelic. She wis five year auld afore she could spik English, an she wis born in London. Her folk wis doon there wirkin wi toffs…they war frae Mar Lodge. She wis born til’t. She could write it an spikk it an aathing. Bit I canna..(…) Ciamar a tha sibh..fit wye wid ye spell that noo! There’s a lot o’t back tae front, tee. Ardach, here, that’s high place. Delnabo’s the haugh o the cow. Fin ma mither wis doon at Abyne in the last two year o her life, there wis a nurse there that spoke it. That’s the only wye they could makk heid nor tail o her, Campbell, the banker’s wife, she come frae the islands like.

Jean Bain was “discovered” by Adam Watson during research for his magesterial work, The Place Names of Upper Deeside (Aberdeen University Press, 1984) 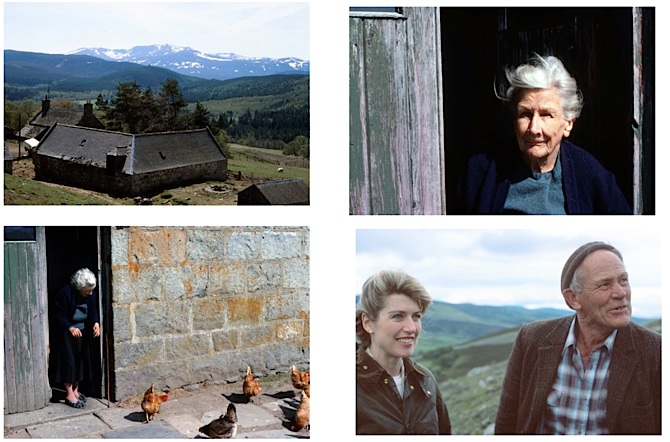 Jean is pictured above. At the bottom right is Rob with Selina Scott during filming for a Grampian TV documentary. Thanks to Adam Watson for permission to use these images.

Rob and his parents before them lived in the croft of Ardoch above Crathie. Unlike most of the rest of the Highlands, Aberdeenshire was never included within the scope of the Crofters’ Holdings (Scotland) Act 1886 because the powerful lowland landowners refused to countenance such a move. As a consequence, vast swathes of the Highlands in the non-crofting counties have lost their people, their language and their culture as the tenants of the land were never more than one year away from eviction. This includes the “other” Ardoch which features on the cover of my book, The Poor Had No Lawyers, more images of which can be seen at James Dyas Davidson’s portfolio here.

Had things been different, highland Aberdeenshire might today be home to a thriving gaelic culture. Places like Ardoch would be occupied by crofting tenants with secure, heritable tenancies. 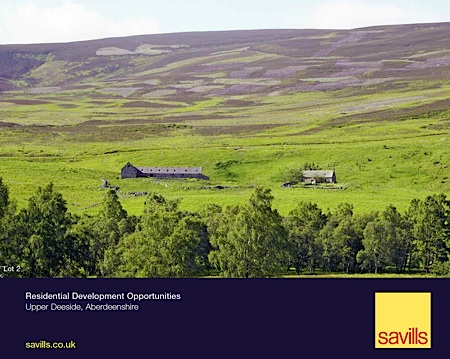 As a result of this failure to provide legal protection to tenants, Deeside Gaelic is now extinct and Ardoch was put on the international property market by Savills on behalf of Invercauld Estate last year. It was sold earlier this year for £212,500. 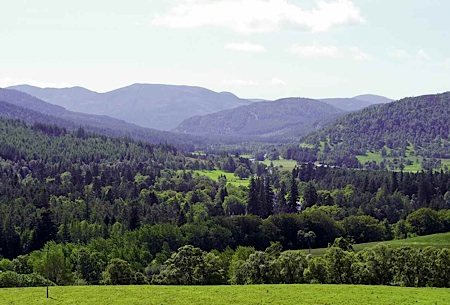 There is no other country in Europe that would allow this sort of thing to happen.