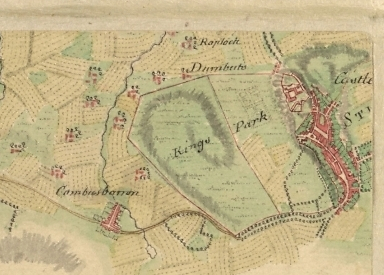 Here is some additional background material on my previous blog about the sale of the King’s Park in Stirling.

1. An early paper from Stirling Council outlining the proposal. (Will get this properly referenced as soon as I can)

it is interesting to note that in its 1 March 2012 meeting, Stirling Council decided to spend 78% of the reserves of the Stirling Common Good Fund.

FInally, the report of the Scottish Affairs Committee Inquiry into The Crown Estate in Scotland has this to say about the King’s Park.

157. The second historic site managed by the CEC as part of the Crown Estate is the King’s Park at Stirling Castle. The national historical and cultural importance of this ancient possession of the Crown in Scotland has been highlighted by the Scottish Government. Andy Wightman was very critical of the CEC’s record of managing the King’s Park:

“there has been a lot of controversy over it. That was one of the reasons I got very angry with the Crown Estate Commissioners. …. It is an incredibly important historic area which they just regard as a piece of farmland and a lease to a golf course. In 2001, they were going to sell the land to the golf course, and even the local authority did not know about that.”

158. He concluded that the Park should be the responsibility of Historic Scotland rather than the CEC with its commercial remit. Historic Scotland already manages Stirling Castle and a part of the King’s Park on behalf of Scottish Ministers as owners.