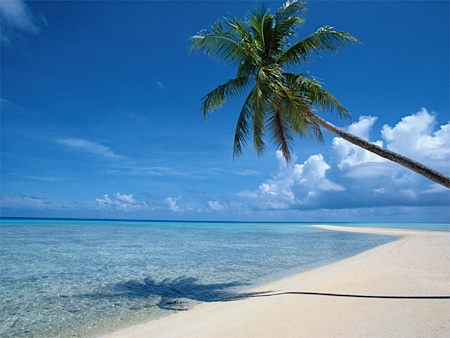 The Land Registration etc. (Scotland) Bill was introduced to Parliament on 1 December (see previous three posts). In this, the final blog on the topic, I want to highlight the issue of beneficial ownership.

Two days after the 9/11 attacks in the USA, Andrew Edwards, a former deputy secretary of the UK Treasury stood up at the Cambridge International Symposium on Economic Crime to give a presentation on taxation and money laundering in which he argued that,

“As we all know, serious criminals mostly commit crime and launder its proceeds, not under their own names, but through company or trust formats. In most countries, however, tax and company registration authorities don’t even require to know who the true or beneficial owners of private companies, trusts or foundations are. In most countries, similarly, land registration authorities don’t try to establish who the true or beneficial owners of property are.” (1)

Edwards later carried out the Quinquennial Review of Her Majesty.s Land Registry in England and Wales in 2001. In it, he argued that

“In these days when economic crime and money laundering have become major issues for the world economy and society, and when property assets are a significant vehicle for holding the proceeds of crime, the fact that the Registry neither records on the Register nor knows who the true owners of property are becomes ever harder to defend.

There must be a strong case, therefore, for including in the Register details of the true or beneficial owners of registered properties where these differ from the nominal owners.

Current money laundering legislation requires solicitors carrying out regulated financial business to verify the identity of their clients. Perhaps surprisingly, however, this requirement does not extend to conveyancing transactions.

The disclosure of such information on the Register, and the index of true or beneficial property owners that the Land Registry could compile from it, would be invaluable for law enforcement, regulatory and tax authorities, as would similar information on ownership of private companies. Without such information, the transparency of land registration must always be seriously qualified.

The existence of the requirement would itself do something to deter the unscrupulous from putting the proceeds of crime into property assets. (2)

Such concealment also formed part of the background to the Mohamed Al Fayed court case against the Inland Revenue Commissioners in 2002 where the Special Compliance Office of the Inland Revenue had launched a Who Owns Scotland project to try and investigate the tax affairs of landowners in Scotland who had registered land in offshore jurisdictions. (3)

Section 108 of the Bill introduces a new statutory offence designed to assist in tackling serious organised crime in Scotland. I do not have a view on this proposal but would merely point out that the Scottish Government should take note of Andrew Edwards’ proposals and amend the Bill so as to eliminate the secrecy that surrounds the registration of title by companies in offshore tax havens. This would not only assist in deterring money laundering but assist the tax authorities in collecting tax and improve transparency over who owns land in Scotland.

At the moment, much of Charlotte Square in Edinburgh, including the former National Trust for Scotland HQ, is owned by Fordell Estates Ltd registered in the British Virgin Islands. (4). The Prime Minister, David Cameron’s stepfather-in-law is believed to be the beneficial owner of Tarbert Estate in Jura owned by a company in the Bahamas. (5) In both cases, the public is deprived of legitimate information on who really owns the land in question (and I hasten to add I am not calling into question the propriety of both these companies).

I happen to disagree with Edwards’ specific proposal to insist on a declaration of beneficial ownership. Such a mechanism could be cumbersome and within 48 hours of a land registration being accepted, this information may well change.

My proposal is simply to make it incompetent to register title to land in Scotland’s Land Register in any legal entity not registered in a member state of the EU. This provides compliance with Treaty of Rome obligations and means that any US orJapanese company that wishes to buy land and build a factory can happily do so – they simply need to set up an EU entity to do it.

Of course, the owners of such a company may be another company in an offshore tax haven BUT at least the entity is governed by EU law and the Directors are named and are legally responsible and accountable for the affairs of the company. All of which takes us a long way forward from where we are right now.

Any tax liabilities or money laundering allegations could thus readily be chased up.

Such a reform would greatly boost transparency, accountability and the collection of taxes.