On holiday in Spean Bridge. Caught the train to Corrour and skied up Carn Dearg and down again through two feet of fresh powder snow – awesome. Scotland is laid out before us like a vast wedding cake. Forgot my camera but here’s my daughter Isla a few weeks earlier in similar conditions. 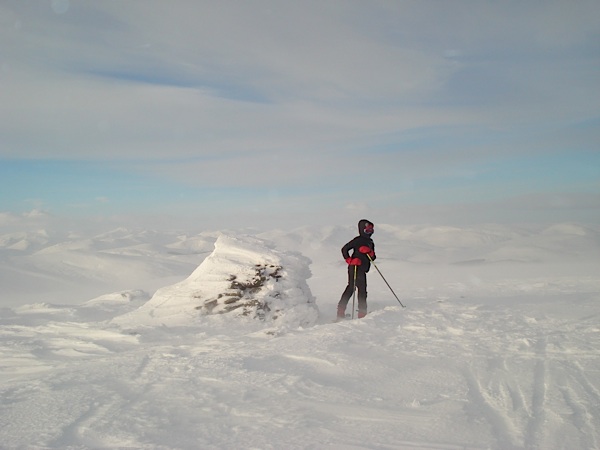 Earlier in the week we went to the Fort William Mountain Film Festival where the legend that is Jimmy Marshall was being given an award for his outstanding contribution to Scottish climbing. It’s fifty years since he and the late Robin Smith spent a week on Ben Nevis and pioneered 6 classic new routes at the highest of standards using classic step cutting techniques. Last week the routes were repeated by Andy Turner and Dave MacLeod. An extract from the film that is being made can be seen here and extracts from Dave MacLeod’s lovely interview with Marshall below.

MacLeod is today pioneering new routes that are among the hardest anywhere in the world as can be seen from his blog. That’s been true of Scottish climbing for decades. Just don’t expect to hear anything about it when the media talk about “winter sports”.