Transparency in the Land Reform Bill 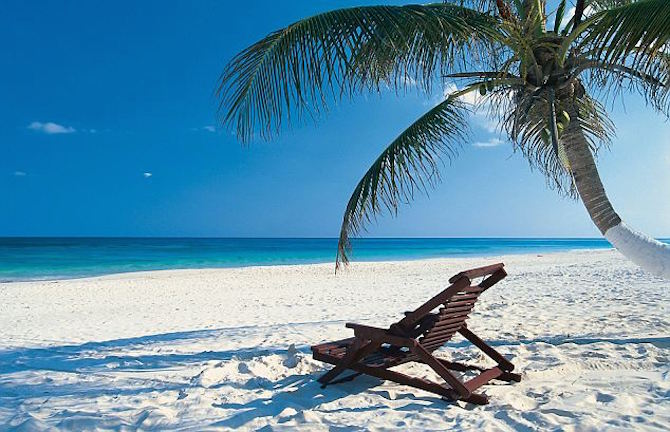 Transparency in the Land Reform Bill: the only effective solution is disclosing the human being, the ‘beneficial owner’, behind companies owning land

The Scottish Government has responded to the Rural Affairs, Climate Change and Environment Committee’s Stage One Report on the Land Reform (Scotland) Bill and rejected its recommendation that companies that wish to own land in Scotland should be retired within an EU member state. I will be publishing a wider commentary on this in the next few days. In this Guest Blog, Megan MacInnes, Land Advisor with Global Witness, explores this issue and recommends an alternative solution.

As the new year brings us to the next stage in the debate over the Land Reform (Scotland) Bill, one issue continues to be controversial – whether we shall get to learn who really owns Scotland’s land?

This controversy relates to the fact that large areas of Scotland are owned by companies registered in secrecy jurisdictions known for providing anonymity from the prying eyes of the State and public scrutiny. The Government has made repeated commitments that this Bill will improve transparency of land ownership, but the measures proposed so far have been widely criticised. In their Stage 1 report on the Bill, the members of the Rural Affairs, Climate Change and Environment (RACCE) Committee concluded that “people in Scotland have a right to know who owns, controls and benefits from the land” but that currently the relevant sections of the Bill would “not achieve the policy objectives of improving transparency of land ownership”.

So if the Bill’s current proposals are not enough, what more can be done? Most of the discussions so far have focused on the proposal (originally made by the Land Reform Review Group) to require anyone who wants to buy land in Scotland via a company, to have to have incorporated that company within the EU. But a simpler and more direct solution exists with the potential to be much for effective in letting us really know who owns Scotland’s land – the requirement that when you register a land title with the Land Register under the name of a company, you also have to provide the names of the human beings who own or control that company. Technically, this means the registration of the ‘beneficial owner(s)’ of the company.

The RACCE Committee recommended both requirements be introduced to the Bill. In its response the Government ruled out the EU company registration requirement entirely but with regard to the requirement to register the names of the people owning or controlling those companies, the Government stated that there are “many complex legal and practical issues” being considered and that they will respond in more detail in due course.

The Bill’s current provisions for transparency, under what it calls the “right of access to information on persons in control of land” in fact provide no ‘rights’ at all. Section 35 enables only those who can prove they are directly affected by a landowner to submit a request about who owns or controls that land to a so-far unidentified “request authority”, who would then attempt to obtain that information. Section 36 enables the Keeper of the Registers of Scotland to also make such requests. Applications for such information are first made to the landowner, but if there’s no response then it is expected (but not specified in the Bill) that the request will be passed on to the authorities of the jurisdiction where the company owning the land is registered.

Not only are these ‘rights’ to request such information limited, they will not even work in practice. Neither provision require the landowner to hand such details over, but more importantly, these powers are meaningless in the secrecy jurisdictions where many companies owning land in Scotland are registered. This is because the reputations and economies of these jurisdictions (including Overseas Territories and Crown Dependencies of the UK) depend on providing safe haven and anonymity from prying eyes. These jurisdictions either are only able to share such information with tax authorities (for example, Jersey and the Cayman Islands, where the 71,000 acre Glanavon and Braulen Estate is registered), or are where the relevant authorities don’t maintain company ownership details in official records (for example, Panama, where the 56,000 acre Loch Ericht Estate is registered). Consequently any requests made by either the Keeper or request authority for information on who actually owns either estate will almost certainly be turned down.

The most comprehensive solution to knowing who owns Scotland’s land lies instead in publicly disclosing the names of those who ultimately own or benefit from the company which is buying the land, as the title is being registered. In doing so, the Scottish Government brings these transparency requirements directly within its own purview, rather than relying on the regulations of other countries. It also includes such requirements within existing administrative procedures, rather than burdening the Keeper and request authority with the task of trying to identify who is behind endless structures of shell companies expertly hidden away. If based on the model of the Crofting Register, then we’d not only learn about those behind newly owned parcels of land as they are registered, but this information would also be updated every time the smaller details of the title changed, so-called trigger or update events.

Ironically, despite the RACCE committee’s recognition of the right of people in Scotland to know who owns land in their Stage 1 report on the Bill, much greater consideration so far has been paid to how such transparency provisions would impact on the rights of landowners to privacy and property. Under the European Convention of Human Rights article eight protects an individual’s right to privacy and article one of protocol one protects the right to property. But, neither is absolute; States are allowed to interfere with both, as long as it is in the public interest and such action is proportionate – by which they mean that what is proposed will achieve the desired objective and is deemed to be reasonably necessary.

The public interest arguments for this disclosure are clear and supported widely across Scotland, including associations representing land owners. A number of existing laws and policies (not least the Community Empowerment (Scotland) Act 2015 and other sections of the Land Reform (Scotland) Bill) are likely to be compromised unless we have full knowledge of the ownership of land. But more broadly, land use and its management impacts on all of Scotland’s citizens and therefore there’s a legitimate reason for why everyone should have access to such information. For example, our participation in public consultations, such as the current one underway on Scotland’s 2016-2021 Land Use Strategy, are hindered by not knowing who owns land or the land-use decisions they are making.

Would such a change in the registration requirement also be proportionate? Asking those who ultimately own or benefit from land in Scotland to disclose their names to the Land Register is the most straight forward way to access that information. Critically, it is the only measure available which the Scottish Government can itself enforce.

So it appears that we shall not learn if we are ever to find out who owns Scotland’s land until the Government tables its amendments to the Bill on the 13th January. It’s hard to imagine how the continued anonymity behind such large areas of our land and heritage can continue to be justified. But until the human beings behind anonymous shell companies used to own land are required to disclose themselves, we may be left within nothing in this Bill but empty promises.