“it was rubbished the day before it was published” 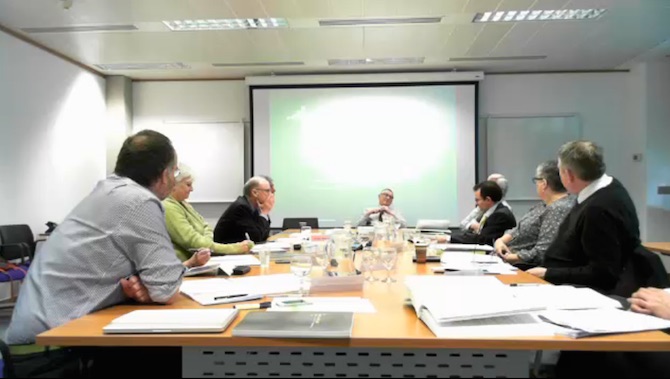 Today, the Commission on Local Tax Reform held its second oral evidence session. I am  member of the Commission representing the Scottish Green Party. The event was streamed live and you can view the whole proceedings here together with the slides used by Stuart Adam of the Institute for Fiscal Studies. In addition to Stuart’s evidence, we heard from Professor John Baillie – a member of the Local Government Finance Review Committee (chaired by Sir Peter Burt), and  the immediate past Chair of the Audit Commission and of Audit Scotland. We also heard evidence from Ken McKay who was Head of Local Government Finance in the Scottish Office between 1989 and 1997 and was the advisor to the Burt Committee.

The Committee was established in 2004. Its remit was:

“To review the different forms of local taxation, including reform of the Council Tax, against criteria set by the Executive, to identify the pros and cons of implementing any changes to the local taxation system in Scotland, including the practicalities and the implications for the rest of the local government finance system and any wider economic impact, and to make recommendations.”

The current Commission is keen to learn from the experience of Sir Peter Burt’s Committee and so invited Professor Baillie and Ken Mackay. You can watch the whole session and download the slide presentation here.

I relate the following exchange in order to highlight the potential political difficulties that might lie ahead and to alert interested parties to the vital need to achieve a degree of political consensus on the findings of the Commission. The exchange speaks for itself as to the challenges of making progress in this area of public policy.

After the Chair had opened question of the witnesses , I asked why Burt had died a death before it was even published. Here is the exchange at 52 minutes and 10 seconds into the session.

“I’ve got quite a few questions on the technical detail of all of this  but first of all, Ken and John, perhaps on the politics of all of this because this appears to be where Burt stumbled and where possibly the biggest challenges facing this Commission are. Why did Burt die a death before it was even published?”

“We submitted our report and we actually gave an advance copy as you would expect out of courtesy to the First Minister among others. And we heard the day before we were publishing and having our press conference that it had been dismissed. I to this day do not know why and I think the easiest way to find out the justification for that wholesale rejection is possibly to invite those who rejected it. I can speculate but it’s worthless.”

“I have no …. I was inside the Scottish Office at one time and I have no idea .. and I have tried .. I have seen Jack McConnell on the golf course and I’ve often wanted to ask him .. because the Burt Committee  .. well I’d better be .. I better bite my tongue a bit because there’s politics in this especially now but they were treated appallingly. They did a very, very good piece of work and it was rubbished the day before it was published.”