The Future of Deer Management in Scotland 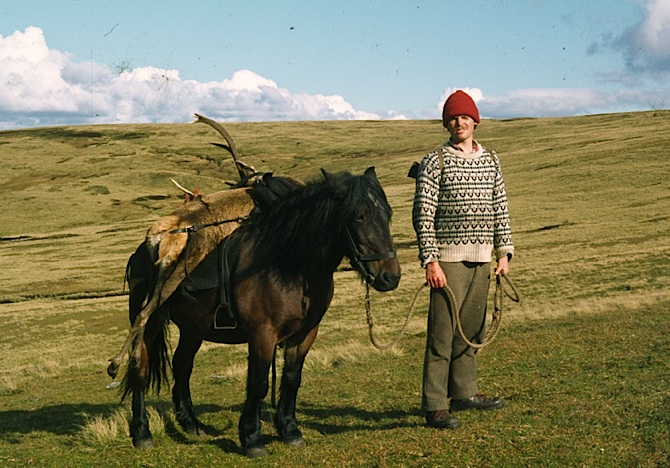 Wild deer in Scotland belong to no-one – in legal terms they are res nullius. Yet this public resource has traditionally been managed exclusively by the owners of land. How to ensure the public interest in the private management of a public resource remains a challenge and, in this guest blog, Dr Helen Armstrong provides some thoughts on the way forward.

Dr Armstrong is an ecologist who has spent more than 25 years providing advice and carrying out research on the management of deer, sheep and cattle, and their impacts, in the British uplands. She has worked for Forest Research, Scottish Natural Heritage and the James Hutton Institute. In 2012 she set up her own consultancy.

The future of deer management in Scotland

To continue the discussion of deer management started by Duncan Halley in his guest blog (Hjorteviltforvaltning i Norge, 23 Jan 2015), here are some thoughts on how deer management differs between Scotland and Norway, along with some suggestions of how we might start to make deer management in Scotland compatible with the regeneration and expansion of woodland (for a discussion of the advantages of increasing woodland and shrub cover in Scotland see: Armstrong, Holl & Halley, Restoring the Scottish Uplands). I have focussed primarily on deer management in the uplands i.e. the Highlands and Southern Uplands. The increase in roe deer numbers in lowland, and peri-urban, areas is also of concern but presents different challenges.

Differences between Scotland and Norway:

Deer Management Groups across the Highlands, with some financial support from SNH, are currently writing deer management plans. The aim of the plans is to present information, where available, on deer populations and impacts, and set population and cull targets in light of both private and public objectives. These plans will be publicly available and the success of DMGs in writing the plans, and making progress towards sustainable deer management, will be assessed in 2016. While many estates and DMGs are fully committed to producing well informed plans, some are less committed.

While the system remains voluntary it is unlikely that all estates, and all DMGs, will put in place modern deer management systems that adequately address public as well as private objectives. Those that do will need to bear the additional costs of taking this approach while those that do not will have fewer private costs but their deer management is likely to have higher public costs. A fairer system would legally oblige those who have the right to shoot deer to put in place a high standard of deer management that takes into account public as well as private objectives.

An Initial step towards this would be to put in place a modern, state-of-the-art system for the monitoring of deer populations and their impacts so that local population sizes, compatible with acceptable impact levels, can be determined. Deer population and harvest targets could then be set. Currently deer management is often tradition-based rather than being based on carefully collected deer population and impact information. This approach needs to change.

There should be a legal requirement for land owners to regularly count the deer on their land (including the number of young per female) and return this information to SNH. Count methods should be specified by SNH and regular checking would be needed to ensure accuracy. There should also be a requirement to return basic data on all deer shot (sex, weight and age class as a minimum). This would provide information on the deer population that could then be used to determine the size of harvest that will be needed to adjust deer numbers to a level that best meets all objectives. It would also allow land owners, and SNH, to track improvements in deer weight and productivity resulting from better management of populations.

Land owners should also be required to collect basic habitat impact information and return it to SNH. All of this is standard practice and legally required in most other European countries. A levy on land owners in return for the right to shoot deer, which in Scotland are currently owned by no-one, would pay for the system. The fee could be set at a rate per ha of land and might be increased if targets were not met, to reflect the consequent costs to society. The fee should not be per head of deer shot, since that might provide a dis-incentive to control populations. A land owner who did not participate, would be obliged to pass the deer management on their land to a person, or group, who would. If they could not find anyone else to run the deer management then, as a last resort, SNH would need to take over deer management on the estate. This might mean either carrying out appropriate deer management themselves or letting the hunting rights to others who will. Deer are a national resource and information relating to deer management should be publicly available.

Two other actions would help to ensure that deer numbers are brought down to sustainable levels:

These three actions would have a major impact on the way that deer are managed as well as on their numbers. They would also provide the information needed to take the next steps of setting target deer densities and harvests at a local level to minimize conflicts and maximize the benefits of the national deer resource to all the people of Scotland.