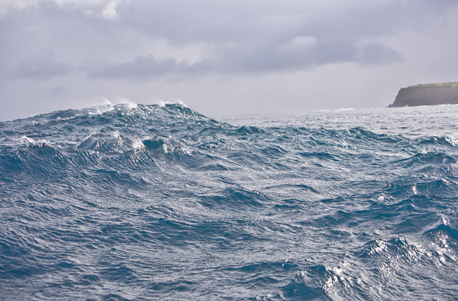 It is long past time that I revisited the topic of the Crown Estate. (see previous posts for further background) since much has been happening over the past few months.

First of all, a bit of background.

Serious debate in recent years about the future administration and management of the Crown Estate began with the work of the Crown Estate Review Working Group comprising local authorities in the Highlands and Islands together with COSLA and Highlands and Islands Enterprise. Their detailed and authoritative report was published in 2007 and is required reading for anyone who wishes to obtain more information on the history of the Crown Estate and the operation of the CEC. Despite some attention from the Scottish Parliament, neither the Scottish Government nor the UK Government paid much heed to its recommendations. The Treasury Select Committee at Westminster then took up the question in an inquiry conducted before the last Westminster election in 2010. (1) There then followed the publication of the Scotland Bill on 30 November 2010 with two minor proposals for reform (so minor as to be inconsequential) accompanied by a rather incoherent and error-strewn Command Paper.

The Scotland Bill was then the subject of scrutiny both by the Scotland Bill Committee of the Scottish Parliament chaired by Wendy Alexander MSP and by the Scottish Affairs Committee (SAC) of the House of Commons. A large number of submissions of evidence were made to both committees in support of reform of how the Crown Estate is administered and at this stage the topic began to assume a higher political profile. Indeed, so impressed were the Scottish Affairs Committee with the level of interest shown in the matter that they announced in February 2011 that they would hold a separate inquiry into the Crown Estate in Scotland.Â Following the SNP victory at the May 2011 election, Alex Salmond announced that devolving control over the Crown Estate was one of his priorities.Â Finally, a newÂ Scotland Bill Committee of the Scottish Parliament was established with an SNP majority of MSPs. It has just published its final report. Meanwhile the Scottish Affairs Committee has just held its final evidence session and will report shortly.

So, where stand things now?

Well, the short answer is that a wide range of individuals and organisations including harbour trusts, local authorities, enterprise agencies, voluntary bodies and community groups would like to see the end of the CEC in Scotland. The Scottish Government has made it clear that it wishes all the current powers of the CEC to be devolved. Meanwhile, Michael Moore, the Secretary of State for Scotland, has indicated he is willing to consider the case for change but, for now at least, is of the view that the CEC should remain a UK body.

But what is really going on?

It is perhaps obvious but is nevertheless worth stressing that the future of the Crown Estate in Scotland is now the subject of an undeclared political fight between the UK Government and the recently-elected SNP administration whose policy of independence they oppose and this thus colours relations between the two governments.

However, the volume of evidence and debate that has taken place so far reveals a very clear picture set apart from any party political struggles. This is most evident in the recently published report of the Scottish Parliament’s Scotland Bill Committee. In their 45 recommendations, only 15 were unanimously endorsed by all Committee members, the remaining 30 being agreed by all SNP members but dissented from (or were the subject of a split vote to remove) by the LIberal Democrat, Conservative and Labour members.

Significantly, one of those 15 related to the Crown Estate.

“The Committee has been struck by the degree to which the more we have learnt and understood about the Crown Estate in Scotland and the operations of the CEC here, the clearer and more compelling the case has become for change” (2)

Recommendation 35 is that “The Committee recommends that there should be further devolution with different outcomes to match the nature and circumstances of the various Crown property, rights and interests involved”

This outbreak of harmony is most welcome and reflects the volume of evidence that has accumulated on the topic and the serious intent of all members of the Scotland Bill Committee.

In the minority report the Lib Dem/Lab and Con MSPs do nuance their position on the topic by stating that further consideration should be given to how any devolution might work and that they do not think that any reform should be taken forward in the context of the Scotland Bill beyond what is already proposed. However, they are not averse to more of the functions discharged by the Commissioners being devolved (3)

In an important passage,Â the Committee notes Michael Moore’s three tests for any further proposals for devolution, namely that

“Any further proposals for consideration must be based on three key tests, if I may put it that way. They must be based on detailed proposals and be capable of establishing a broad consensus, and they should, while clearly benefiting Scotland, not be detrimental to the rest of the United Kingdom.” (4)

It is clear from the evidence to the Committee and their own report that these three tests are already met. Detailed proposals were put forward in the written evidence around which there is a broad consensus including in the Committee itself. The benefits to Scotland are clear in terms of accountability, improved governance and a greater role for local interests. And the impact of devolution would have minimal consequences for the rest of the UK.

Neverthless, the UK Government appears to be unmoved by these arguments and the focus thus moves now to the Scottish Affairs Committee which, through its dedicated inquiry has assembled a great deal of evidence in writing, in oral sessions and from field visits around Scotland.Â The Committee has now held the last of its evidence sessions and its final report is anticipated in late January or February of 2012. The mood of the Committee is for change – in the words of the Chairman, Ian Davidson MP, “the status quo is not defensible” (5)

SAC seem inclined to recommend greater local control of the Crown Estate and their approach to this is borne out of not only the evidence they have heard but also of the partisan nature of the relationship between Labour and the SNP at Westminster and Holyrood. (6) Put bluntly, key members of the Committee appear to be wary of a power grab by Holyrood. this is not entirely fair since, in their paper (page 5), the Scottish Government make clear that they favour further devolution to local authorities and communities. However, their failure to develop any detailed proposals for how this might work in practice does not help their case since it allows the SAC to portray their approach as “entirely vacuous” in Ian Davidson’s words. (7)

The fundamental question is where should legislative competence lie over the administration of the property, rights and interests that comprise the Crown Estate in Scotland. If it is to remain in Westminster and the UK Government is persuaded that local communities should benefit more then the onus is on them to pass legislation to that effect. This is highly unlikely. The only realistic option is to devolve legislative competence over the the administration of these rights to the Scottish Parliament which can then consult and legislate for further devolution to local authorities and communities.

Which leads me to conclude by observing that reform is now the public view of the Scottish Government, the Scotland Bill Committee and the Scottish Affairs Committee. The one party that now stands exposed is Michael Moore and the UK Government. For a flavour of their position, watch the evidence of Moore, David Mundell and the Treasury at the Scottish Affairs Committee on 14 December 2011 as they seek the defend a position that is increasingly untenable. There is also a rather embarrassing moment (not picked up on by MPs) whenÂ Paula Diggle, the Treasury Officer of Accounts states (in an attempt to be helpful) that,

This is, of course, complete and utter nonsense. As this historical essay by George P Best, Assistant Commissioner of the Office of Woods, Forests and Land Revenues (a predecessor of the CEC) demonstrates, the Crown Estate is owned by the Crown and not the Queen who has no entitlement to the Crown Estate revenues. Crown revenues were historically the source of funds to run the country and pay for HM Ambassadors, HM Royal Navy etc. Since 1688, these obligations have gradually been taken over by Parliament as Britain became a constitutional Monarchy. In Scotland, as in England, Wales and Northern Ireland, the Crown Estate is public land.

The investigations to date have provided valuable information and insights leading to a greater understanding of the nature of the Crown Estate and its administration. The fact that a senior Treasury official remains so spectacularly ill-informed suggests that the UK Government is yet to take the issue seriously. It is to be hoped that the forthcoming report of the Scottish Affairs Committee will help focus minds in Whitehall and that the days of the CEC in Scotland are numbered.

To assist those interested in following this debate, I have published links to some of the key documents and evidence on my website here.