The Only Anti-Austerity Plan in Town 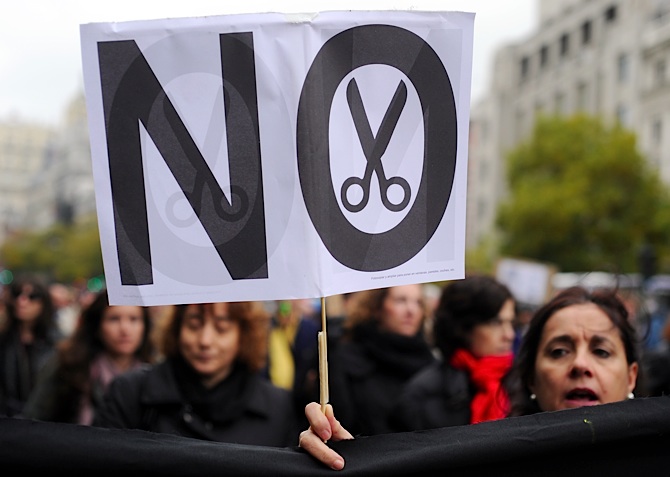 Austerity has caused deep anguish for people across Europe. They did not cause the depression that followed the financial crisis of 2008, but they are paying the price. Scotland’s government has announced its determination to cushion the austerity effect by spending more money on low-income people. But where is the money to come from?

Governments from Ireland to Greece think that, by selectively raising some taxes, they can increase welfare spending. In reality, that strategy compounds the trauma. Tax increases, whether on high-end properties or top incomes, inflict yet more costs on everyone. Those governments claim to be democratic. And yet, when it comes to taxation, they ignore the principles of transparency and accountability. They refuse to disclose the scale of the damage they inflict on people at large.

That damage can be audited. Taxes on wages, and on the profits of enterprises, destroy jobs and reduce national income. Governments try to disguise these effects by spreading the burden widely, hoping that people do not notice. But people are not stupid, which is why distortions have measurable effects on the economy.

In the US, for example, Prof. Martin Feldstein at Harvard estimated what would happen if marginal taxes were raised by 10%. Government would receive extra revenue of $21 billion, but the loss to society as a whole would amount to $43 billion. A bad trade-off! (1)

But there is an anti-austerity strategy that can fund itself. That is the outcome from switching to raising the same amount of revenue with a different composition of revenue-raisers. By raising the revenue from pure economic rent, which is the value of the services provided by nature and by society.

The net gain to national income stem from the “better than neutral” effect, in the phrase of Nicolaus Tideman, an American professor of economics. By reducing revenue from taxes on wages and/or profits, the damage done by these taxes is reduced. And by replacing that revenue with income from rent, no distortions are imposed on the economy.

Tideman and his colleagues calculated this effect for the US. They wanted to know what would happen if government raised $1 from land taxes instead of the same dollar from existing taxes on wages and business profits. The  extra gains from that switch ranged from about $1.25 (substituting land taxes for Social Security taxes) to about $2.25 (substituting land taxes for property taxes levied on the value of buildings). (2)

So it turns out that we can have our cake and eat it! We can run a revenue-neutral budget while expanding the aggregate income available to be shared between the public and private sectors. In Scotland, that would result in more jobs while providing government with extra resources to help the vulnerable sectors of society.

How to construct such a strategy will be explored at a conference in Glasgow next Wednesday, which is open to the public. Evidence from two professors of economics – one from Strathclyde, the other from California – will reveal the enormous gains that the people of Scotland would enjoy if Holyrood embarked on a real anti-austerity programme. In fact, it’s the only anti-austerity plan in town.