Highland Titles Ltd. is one of those websites that offers you a small plot of land as a souvenir purchase. Yesterday, on twitter, some merriment was had by challenging the claim that such plots conferred any ownership of the land. Highland Titles Ltd. claims that you will become a landowner in the absence of any recording of title in the Land Register. It backs up this assertion by reference to this legal advice from J&H Mitchell WS. But a series of lawyers on twitter challenged this. See this Storify by Malcolm Combe, his subsequent blog, and this lengthy legal explanation by @loveandgarbage.

So if these “plot-owners” don’t own the land, who does? The answer is Highland Titles Ltd. It owns two parcels of land – Keil Wood near Duror extending (originally) to 90.7ha (see map below) and Paitna Green Wood, near Invergarry (to west of A87 above Loch Loyne), extending to 75.1ha. Keil Wood was acquired in 2007 by a company called Lochaber Highland Estates (CI) Ltd. This company changed its name in February 2012 to Highland Titles Ltd. See here for a Scotsman Business video. 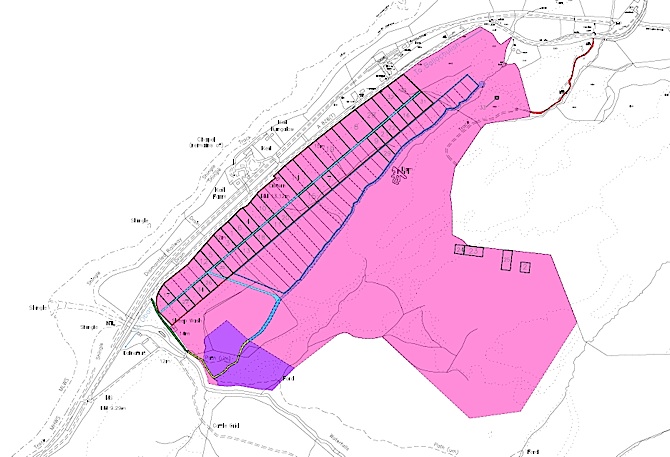 Several half-acre plots have been sold at Keil Wood reducing the extent owned by Highland Titles Ltd. to approximately 75ha meaning that the company owns around 150ha of land which it is offering “for sale” in plots from 1 square foot to 1000 square feet in extent.

According to the five-year plan of Highland Titles Ltd., over 100,000 plots have been sold. Each plot costs anything from £29.99 to £499.99. The larger plots are all in Paitna Green (or BumbleBee Haven as Highland Titles calls it) which is little more than a high altitude sitka spruce plantation on the A87 from Invergarry over the hill to Cluanie (see below) 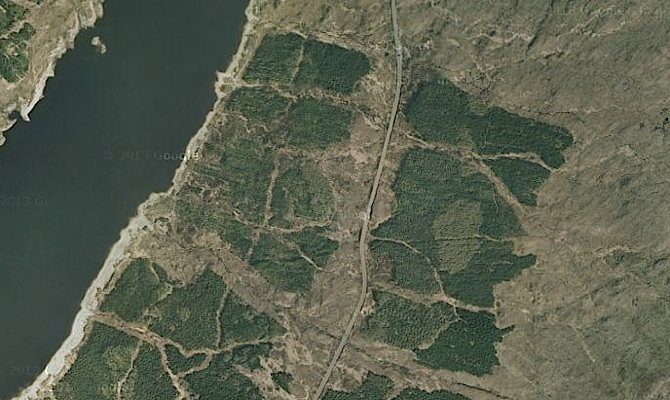 The revenue from over 100,000 plots is at least £2,999,000 and probably a good deal more. This revenue is paid into a company registered in Alderney but as no accounts are published, it is impossible to be sure. The sole share is held by Wilson and McGregor as Trustees for the Guernsey charity. Under the law of Guernsey, no charity is obliged to provide accounts for public inspection and it need only file accounts under certain circumstances.

Thus nobody knows if in fact the charity is in receipt of any funds whatsoever. As the sole shareholder it is not entitled to have any of the revenues of Highland Titles Ltd. transferred to it. These revenues may well be paid out by the Alderney company as management fees or any manner of other payments to third parties.

The 150ha owned by Highland Titles is enough to provide over 16 million square foot plots which, at £29,99 per plot is a potential gross revenue of over £479 million. And, because the “plot-owners” do not legally own their plots (their ownership is limited to a few bits of paper and perhaps a tartan teddy), these plots can, in theory be sold multiple times.

I find it odd that such an arrangement appears to be lawful in Scotland. Because the charity does not technically operate in Scotland, the Office of the Scottish Charity Regulator has no role (see ruling from May 2014). And, because the company that owns the land is registered in Alderney, it pays no taxes to HMRC.

In December 2014, another company by the same name – Highland Titles Ltd. – was registered in Scotland. it is unclear what role this company plays.

Finally, the Directors of this Scottish company are Peter Bevis and Helen McGregor who live at Tulloch Farm, Spean Bridge.

Which leaves an obvious question. Where is all the money going?