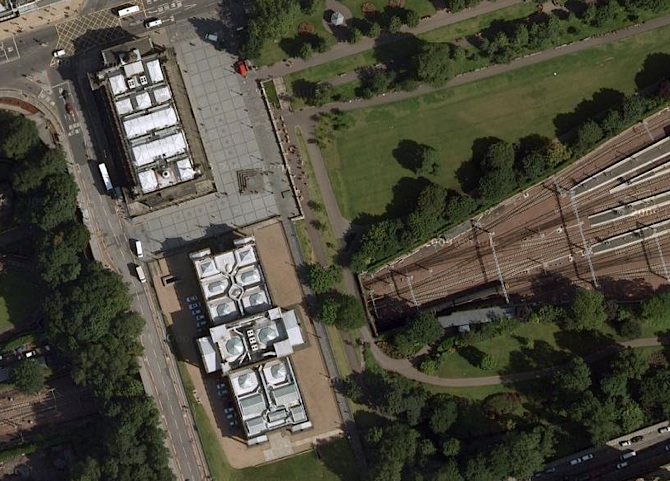 The Evening News has an exclusive story today by John-Paul Holden that the National Galleries of Scotland is planning to expand into East Princes Street Gardens as part of a £15 million plan to create a “world class” home for its Scottish collections. The extent of the land involved is unclear from the article but it talks about a 5 metre-wide strip to “allow [its] boundary to be aligned with that of the Weston Link”. This implies that is it the strip of land to the east of the walkway above the railway (see image above) which would extend south from the cafe extension to the north.

East Princes Street Gardens is common good land under the ownership of the City of Edinburgh Council who will have to obtain the permission of the courts to dispose of the land. The land concerned is also subject to the provisions of Section 22 of the City of Edinburgh District Council order Confirmation Act 1991 which prohibits the construction of any buildings in the park with the exception of “lodges for gardeners or keepers, hothouses and conservatories, monuments, bandstands, public conveniences, police boxes and buildings for housing apparatus for the supply of electricity or gas.” The Galleries thus requires a private act of Parliament to remove the land concerned from this restriction (the article implies that it is the common good status that necessitates the private act whereas in fact that only necessitates an order from the courts).

This is not the first time such a move has been made. The National Galleries of Scotland Act 2003 provided authority for the extension of the gallery into the gardens at the north end. The act was the first private legislation to be passed by the Scottish Parliament. The deal included some land on the banks of the Mound being given to the Council in exchange for land in the gardens. (1)

It remains to be seen what the Council, the Courts and Parliament make of this proposal. On the face of it it appears modest but if I was an MSP, one of the questions I would be asking is

“You came here to obtain an act of parliament in 2003. Now you are back again 12 years later. Is this going to be a regular occurrence?”