We are despised because we are poor

12. December 2011 · Comments Off on We are despised because we are poor · Categories: Democracy, Environment, Governance, Land Use 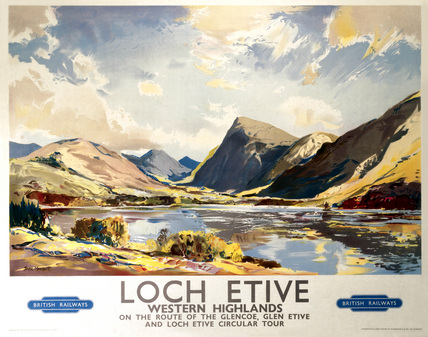 My good friend Maxwell MacLeod wrote to me earlier this year lamenting the lack of local control over the natural resources of the Highlands and Islands.

I was born in 1952 and during my lifetime I have witnessed four examples of how political ineptitude has shafted the people of the Highlands out of their money, but never more so than is currently being exercised under the very noses of the current SNP Government. But first another example of the same commercial dynamic back even earlier, in the 1930s, when my late associate, the Oxbridge educated Faire Canna John Lorne Campbell, joined forces with Compton Mackenzie to start the Highland Sea League.

His case was this – that the Highland people are constantly despised and disempowered because they are broke, but the reason they are broke is that their natural resources are stolen from them. He cited the case of Highland fishing. At the time it was illegal for trawlers to fish inshore, but they did, cleaning out the local fisheries. And they still do. Today two generations later the inshore fisheries are now cleaned out. He said at the time, “Personally I have never been more thoroughly convinced of the justice of any cause than I was of the Sea League. The situation was a revelation of the attitude of the Westminster government and the Scottish Office towards the Hebrides. The islands were despised because they were poor, and they were poor because their economic interest in the greatest source of wealth accessible to them, the sea, had been sacrificed to those of the English trawling monopolies.”

Then came the 1960s. When I was a child I was aware of tremendous excitement Â in the Highlands over the installation of the new hydro systems. The unspoken, but much quoted promise, was that if we allowed the agencies to flood the glens and move entire communities that the quid pro quo was that all Highlanders would be given free electricity and industry would thrive. Today I am meeting Highlanders who tell me that they are already having nightmares over how they will survive another winter like the last two given that electricity prices have rocketed well above inflation.

And then came fish farming. Back in the eighties Mrs Cameron Head of Lochailort was amongst those who made huge sacrifices to enable fish farming to prosper as an ancillary industry for crofting. Today the industry, snatched from the crofters small holdings, is often Â an obscenity with massive farms producing massive pollution and massive profits, few of which stay with the local population. I myself have dived under cages and watched as clouds of sea lice sweep from the cages over lifeless patches of sea floor whilst buckets of chemicals are poured over the fish to reduce these lice. These fish are fed from minnows that are taken from the sea and processed into fish food, causing ecological havoc along the way. And then there is the problem of overstocking. I know of one fish-farm worker who was so sickened by working with genetically deformed fish (two heads, bloated bodies etc.) that he now won’t take farmed salmon, even as a present from his former colleagues.

Last week end I travelled across the Highlands to review some of the latest scam in which the Highlanders are being ripped off from their local resources. This time it’s renewables. All over the highlands big business is making a killing from the new feed in tariffs, some Estates are due to make millions, some gleaned from the premiums paid by their tenants as they shiver in the cold unable to pay the bills with added premiums added to cover the additional costs.

We have dithered on the fishing limits, on the first phase of the hydro schemes, on the fish farming. What did John Lorne say?

“Personally I have never been more thoroughly convinced of the justice of any cause â€¦â€¦ The islands were despised because they were poor, and they were poor because their economic interest in the greatest source of wealth accessible to them, the sea, had been sacrificed…”