The Theft of Ancrum Common 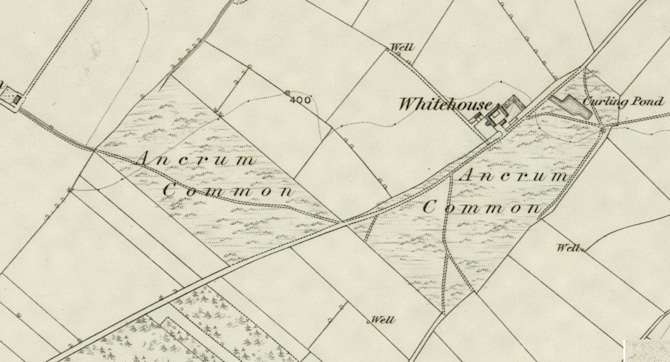 Over the past 20 years, I have uncovered many examples of areas of common land across Scotland – remnants of commonties, greens, loans and the like. Unfortunately, little is being done to protect them from land-grabs by an assortment of avaricious individuals. If such claims go without challenge, a legally watertight title can be obtained. Such claims are open to challenge but there are three key difficulties.

Firstly, local knowledge of common land rights is often limited and the institutions don’t exist to maintain awareness and prompt action. This contrasts with the situation in England and Wales where there is a well-developed framework of law. (1)

Secondly, there is often no title for common land, leaving it open for land-grabbing.

And thirdly, where such land-grabs take place, there is no way that local people can know about it. Despite claims being lodged in a public register (the Register of Sasines or Land Register), no local publicity attends the lodging of documents with the Registers of Scotland by solicitors via DX Mail.  Thus the only way one could stay abreast of any such developments would to spend thousands of pounds per day searching the registers every day all year round just in case someone had submitted a  title claim.

For example, in the course of research for my book, The Poor Had No Lawyers, I found a number of examples of such grabs. One, which I have yet to fully document, involved the appropriation of 393 acres of commonty in Perthshire in 1986 by three landowners whose agent (the solicitor), according to a note in the Register of Sasines was “aware that granters apparently only have title to rights in pasturage in xxxx commonty.” The local community was not consulted and today, many locals are angry that a valuable part of their heritage was stolen from under their noses.

Which brings me to the subject of this blog.

Ancrum Common consists of three parcels of land extending to 35 acres in total to the west of the village of Ancrum in Roxburghshire. The lands have been subject to a long history of communal use and there is no evidence that there is any title held by any private interest over the common. In recent years, however, the land has become the subject of dispute although much of what has happened has only very recently become known to the residents of Ancrum.

In 1988 a company called Cranelg Ltd. recorded an a non domino (2) deed in the Register of Sasines. Cranelg Ltd. had two Directors, a Mr Nicholas W Cranston and a Mr William F Elgin (a Chartered Accountant). According to sources, this company specialised in land-grabbing. The company was wound up in 1998.

In 2001, Mr James George Montagu Douglas Scott, the owner of Kirklands Estate, Ancrum then recorded another a non domino deed in which he disponed the Common from himself in favour of himself. In a Court of Session ruling in the case of Aberdeen College v. Youngson [2005] CSOH13,  it was found that such a deed from a person to themselves was invalid. (3)

Finally, in May 2006, Mr Scott conveyed Ancrum Common via an a non domino disposition to his spouse, Sophie Mary Montagu Douglas Scott. And here matter rested until discovered by local residents in the past two years. There is now a quiet fury that the Common has been stolen.

I have found no evidence that Mr Scott has any legitimate claim of ownership of Ancrum Common. I spoke to him at length on the phone and he claimed that the land belonged to him but was unable to provide any account of why this was or to provide any evidence. At one point he claimed, “Listen, I don’t know what I’m talking about. You need to speak to my lawyers – Anderson Strathern. It was they who suggested I do this.”

Evidence that has been uncovered suggests that there was a title to the Common in the name of the Feuars of Ancrum. In the Inland Revenue Survey of landownership in Great Britain and Ireland conducted in 1910 under Section 26(1) of Lloyd George’s Finance (1909-10) Act, the land is noted as being owned and occupied by the Feuars of Ancrum (see images below). 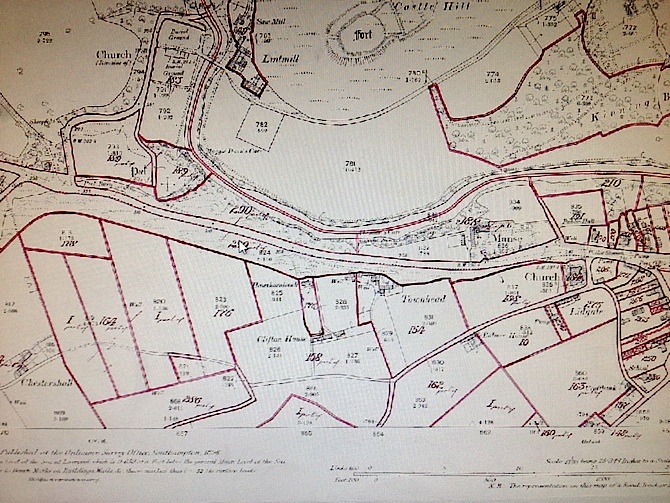 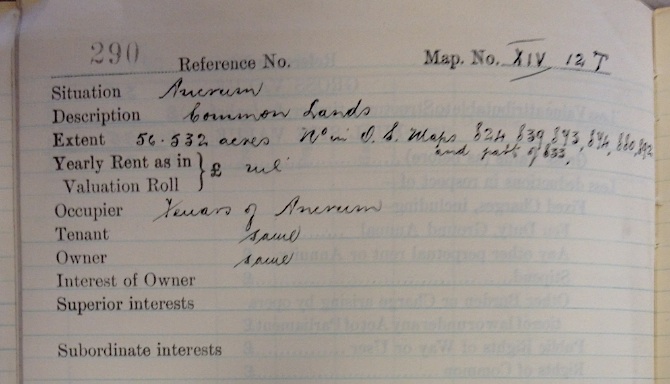 Meanwhile, a Public Meeting has been organised for 7pm on 15 October 2014 in Ancrum Village Hall. 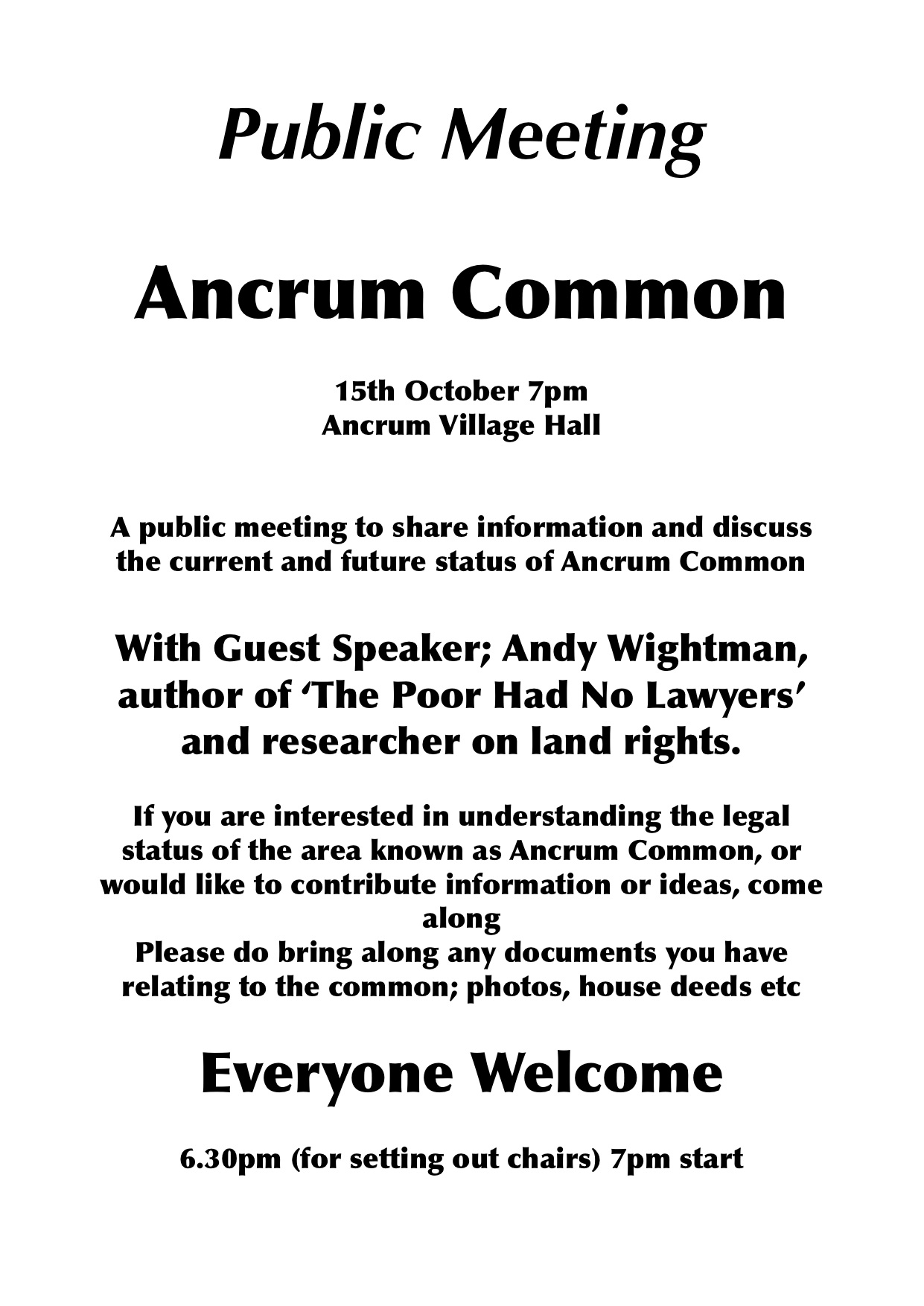 For legal reasons no comments will be allowed on this blog.

(2) An a non domino deed is a disposition (transfer of land) literally “from one who is not the owner”. Professors George Gretton and Ken Reid describe the circumstances in which this used as follows.

“It sometimes happens that someone notices that a piece of ground is unoccupied and apparently abandoned. Using prescription, it is possible to acquire ownership. What happens is that the person gets a friend to grant to him a gratuitous disposition of the land and the disposition is recorded..”

(3) This Registers of Scotland note covers the implications for recording deeds in the Register of Sasines and Land Register.