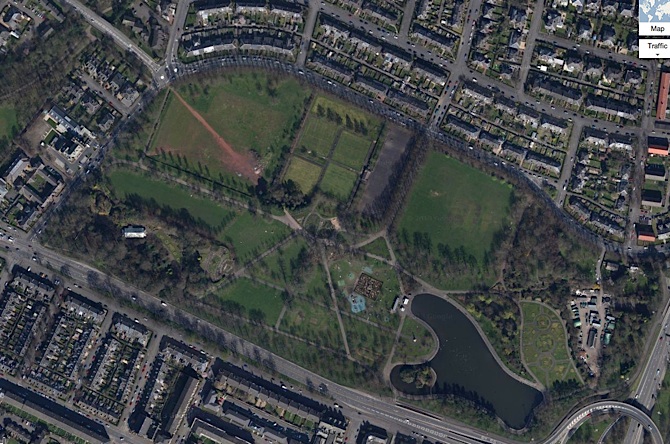 This is a brief blog to note the fact that Glasgow City Council has advertised for lease 2.7 hectares of former playing fields in Victoria Park, Glasgow (top left in picture above and Rydens brochure here). The closing date for offers is 12 noon on 26 September 2014.

From the evidence I have seen, this park, which was acquired by the Town Council of Partick in 1887, appears to be inalienable common good land. A lease for a period of around 10 years or more would constitute a “disposal” for the purposes of Section 75(2) of the Local Government (Scotland) Act 1973 and thus require the approval of the Courts before it could be executed.

The Friends of Victoria Park group has raised this matter with Glasgow City Council on 8 September 2014 and awaits a response.

The law relating to common good is in serious need of modernisation. If this land in Victoria Park is indeed inalienable common good land then the City Council will be acting unlawfully if it attempts to lease it out on a lengthy lease.