How long do you have to live? 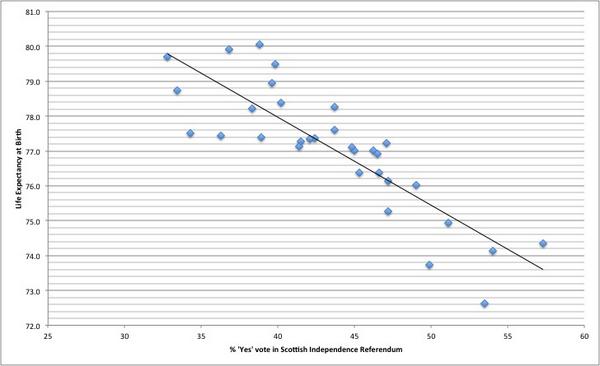 Scotland has voted to remain part of the United Kingdom but Scotland will never be the same again. The energy, passion and commitment to a fairer, more equal and sustainable Scotland has reached unprecedented levels. Matters with which this blog is concerned – the democratisation of land relations, economic relations and political relations – now have a constituency far beyond that which existed a few years ago.

We live in very interesting times.

Meanwhile, the graph above, created by Robin Parker, highlights one of the underlying messages of Thursday’s vote. As I tweeted on Friday morning, it looks like the poorest & most disadvantaged of Scotland’s citizens have cried the loudest for change.