Give the folk of Perth a referendum

11. December 2011 · Comments Off on Give the folk of Perth a referendum · Categories: Common Good, Governance, Land Rights, Legal affairs, Politics, Poor had no Lawyers 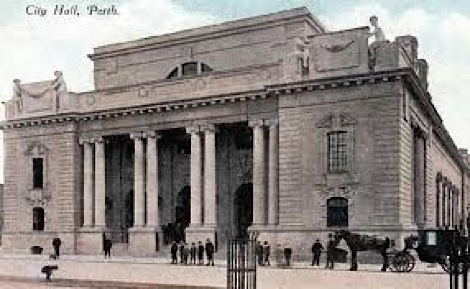 The Whin Park controversy (see previous post) is merely the latest of a number of controversies brewing across Scotland in relation to common good land. In Perth, the Council is proposing to demolish the Perth City Hall. Amidst all the objections, no-one seems yet to have raised the fact that the City Hall is part of the common good of the Royal Burgh of Perth and thus belongs to the citizens of Perth. As the text accompanying theÂ Perth & Kinross Archives page makes clear, the land upon which the City Hall sits was granted to the City of Perth in 1604 by Queen Anne, later confirmed in a further charter by King James VI. Further background to common good can be obtained in Common Good – A Quick Guide.

Like Inverness, the townspeople are having decisions made about their common land by Councillors who represent constituents in places far, far away from Inverness or Perth. It is long past time that the guid folk of Scotland’s 197 burghs wrested control of their affairs back from the undemocratic behemoths of Highland Council and Perth & Kinross Council who seem to have little knowledge, understanding or appreciation of the legal history of the towns they claim to govern.

Perth, like Inverness, should be given a referendum on the matter.