A school in Cowan Park, Barrhead 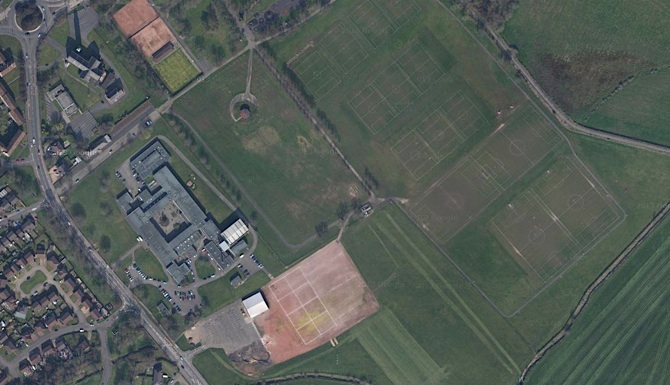 On Tuesday this week, the Court of Session published its opinion by Lord Tyre on a petition brought by East Renfrewshire Council (4.2Mb pdf) seeking authority to build a school on common good land in Cowan Park, Barrhead. Given past blogs on the topic of common good and, in particular, the controversy over the Portobello Park proposals, I felt it would be useful to provide a brief response and commentary on this latest decision by the Courts.

East Renfrewshire Council plans to build a new high school in Cowan Park, Barrhead. The park consists of three distinct parcels of land (see map below). The first – areas 13/4 and the northernmost E157/3 form the original Cowan Park. James Cowan bequeathed £10,000 in 1910 to provide a park and directed his trustees to purchase the land and convey it to the Town Council to be held in “perpetuity as a public park … for the use and enjoyment of the inhabitants of the Burgh of Barrhead in all time coming.” In 1969 part of this original park (the northernmost area E157/3) was conveyed to the County Council and is the site of the current Barrhead High School. 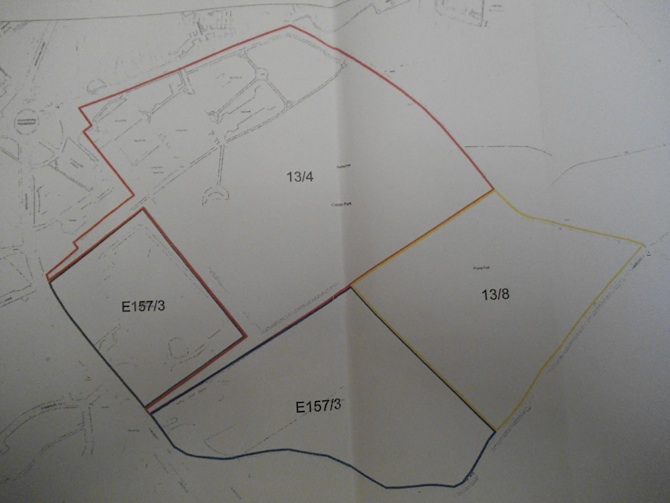 At this point it is worth revisiting the Portobello decision very briefly. In that case, the City of Edinburgh Councils wished to appropriate (that is, to use common good land for another purpose but to retain ownership) land in Portobello Park to build a new school. An action was taken against the Council by Portobello Park Action Group and the Court of Session found (on appeal to the Inner House) that the Council had no powers to appropriate inalienable common good land. This was because the Local Government (Scotland) Act 1973 which governs such matters is silent on the question of appropriation in these circumstances and thus the common law prohibition on appropriation of inalienable common good land prevails. The City of Edinburgh Council resolved the matter by seeking specific authority under a private act of Parliament to appropriate the necessary land.

The Cowan Park case turned on the question of whether the proposals for building a school constituted a disposal or an alienation. If such an arrangement is regarded as a disposal, the Court has the power to decide whether to grant authority to proceed. However, if the arrangement is considered an appropriation, the Court has no locus since there is no provision in the 1973 Act for it to take a view.

The plan is to lease the land to a special purpose vehicle which, in turn will sub-lease the site back to the Council and construct the school. The Court in this case found that, since the Council would retain possession of the land as the sub-leaseholder, there was no disposal involved and that “the petitioner’s proposals are properly to be characterised as appropriation.” (2) Thus, “as there would be no disposal, the petition must be refused as unnecessary“.

So where does that leave East Renfrewshire Council?

Well, the Court cannot provide the consent that was requested and thus there are three options available.

The first would be to seek the same remedy as the City of Edinburgh Council in the Portobello case and petition the Scottish Parliament for a private Act of Parliament.

The second would be to build the school on the southern half of the park which is not common good land (though I understand other factors mean that this is not a suitable site).

The third would be to do what South Lanarkshire Council did and go ahead and build the school anyway. As outlined in a previous blog, the Council in this case, having petitioned the court and having been advised that the court had no locus (just as in the present case), nevertheless went ahead and built Holy Cross High School. No-one raised an action against the council. Had anyone done so, then, the court would most likely have found that the Council was acting beyond its powers. This is exactly what happened in the Portobello case because, whilst the courts have no locus to approve such an action at the outset, they do have the power to rule it unlawful should it be contemplated AND someone takes an action against the Council.

In conclusion, this latest case demonstrates why, in my view common good law is in need of modernisation. The Community Empowerment Bill proposes some modest reform on transparency but fails to address the underlying complexity and the need for the law to be updated to reflect modern needs.

(1) – In my opinion Lord Tyre is wrong at [5] where he claims that “As a general rule, a local authority has no power to dispose of common good land or to appropriate it for other uses“. On the country, if the land is alienable it is free to dispose of it or appropriate it. See Ferguson, Common Good Law (Avizandum) at foot of page 88.