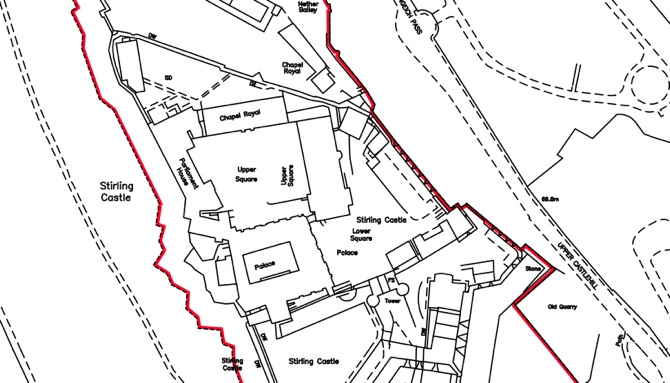 Among the recommendations of the LRRG are that more effort should be made to complete the Land Register and that patterns of rural landownership should be mapped and better understood. In response to publication of the report, the Scottish Government announced that it had asked the Registers of Scotland to complete the coverage of privately-owned land in the Land Register within 10 years and public land within 5 years.

The Registers of Scotland has launched a consultation on how it might meet this aspiration using the existing statutory powers contained in the Land Registration (Scotland) Act 2012 which comes into force in December this year.

This  blog examines the wisdom and desirability of the ten-year target and whether alternative means might be more useful in fulfilling the recommendations of the LRRG and the aspirations of Scottish Ministers. 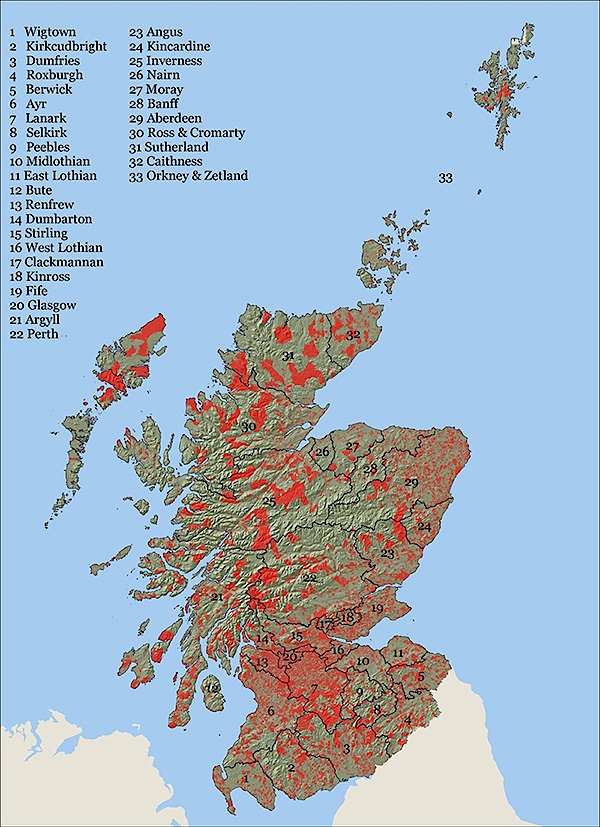 It is important to understand the difference between the Register of Sasines and the Land Register.

The Register of Sasines is a register of deeds – bits of paper that record legal agreements to sell land, to raise a standard security over land, to lease land etc. It was established in 1617. The Keeper’s responsibilities are to record such deeds so as to provide a means by which the interests they represent can be legally enforced and defended.

Being a register of deeds means that in order to find out who owns a parcel of land, these deeds have to be read and interpreted. This can be a laborious process. There are usually no plans associated with the deeds. If there are, they can often be a black & white copy of a plan showing the “lands delineated in pink”.

In 1979, this register was replaced  by the Land Register which provides a state-guaranteed title together with a definitive map. The Keeper undertakes a once-and-for-all search to determine the title to land. She then issues a land certificate containing details of ownership and a detailed plan based on Ordnance Survey mapping (see example here of Stirling Castle – title & plan). She also provides a state guarantee of the title and is liable to indemnify the owner if any mistakes subsequently come to light. A Land Certificate is is the gold-standard in defining and defending property rights. Given the choice, everyone would want one.

But Scotland’s landownership history is complicated and to generate a Land Certificate involves a painstaking check over all the prior deeds to establish what land exactly is contained within the title, what was sold in the past, what rights might be held by others over the land (such as servitudes for access to other land) and the precise boundaries of the land. This is often straightforward in property developed in the recent past but for land the forms part of very old estates or larger holdings that have a complex history of land transactions, it is time-consuming work. This is why, in many cases it can take years to generate a title.

The other fact to appreciate is that the Registers of Scotland is an Executive Agency of the Scottish Government and is self-funding. It receives no public funds from Parliament and, instead, finances its operations entirely from the fees paid to record deeds and titles and, to a lesser extend from search fees and consultancy work.

So would it be possible to complete the Land Register within 10 years?

My initial reaction to the Scottish Government’s aspiration was skepticism. Land registration is a complex and time-consuming business. Some titles take up to 5 years to be generated (although it can be expedited when, for example, PetroChina wanted to invest in the Grangemouth oil refinery). The Keeper has to check through the history of a property and make sense of sometimes ambiguous information. She has the discretion to withhold indemnity over all or part of a title and, where this happens, the owner must wait for ten years until their ownership is free from challenge.

Over the years I have seen titles that are incorrect. One of the most blatant involved an owner of several hundred hectares of land whose title included a house and garden owned by the parents of one of my childhood friends. This took much time and effort to sort out. Moreover, land registration has been used to claim land that is not owned by the vendor. I myself have advised that a small access strip be incorporated in a title hoping that the Keeper would not notice. She didn’t.

The biggest challenge to a rapid (and ten years is rapid) completion of the Land Register is financial. For over 30 years, the Registers of Scotland has been self-financing. If it were to complete the register within ten years, resources would have to be found. The consultation document is not very transparent about the workload and financial consequences.

Until recently, I was doubtful about the wisdom and practicalities of this target but had an open mind. Reading the consultation document does not convince me that this task is possible. But it was hearing of changes to how the Keeper intends to handle future applications for land registration that has not only confirmed my doubts but convinced me that we are about to embark on a reckless and dangerous path and that the target poses huge risks.

In a memo issued to staff in early July, the Keeper announced that;

1) The Keeper will no longer check prescriptive title and will rely instead upon the certification on the registration form that the deed is valid. There will therefore be no search in the Sasine Register and the Keeper will not require sight of links in title to support an application. By certifying the deed is valid the solicitor is assumed to have carried out the relevant checks

2) The Keeper will not check for outstanding securities.

3) Only the deeds lodged with the application will be used and the Keeper will not examine any other deeds.

4) The Keeper will not use her own records to determine whether a deed should be included in the application or not.

In other words, the basic principles of Land Registration under the 1979 and 2012 Act are to be tossed aside and titles will be issued based on the information provided by solicitors. I have seen too many instances of land-grabbing and shady deals by solicitors to have any confidence whatsoever, that the Register will have any integrity if these reforms are implemented. There is nothing now to stop rogue solicitors and their clients abusing the system. Even well-intentioned and honest applications will now be compromised. Even now, many applications contain errors made in good faith. (2)

If there are no independent checks made on applications by the Keeper by looking behind the scenes then there is a significant possibility that anyone, whether a practicing solicitor or not, will be able to concoct a fraudulent application that is never checked. Once the title is registered it will appear to be as valid as any other. This may confer additional rights the applicant never should have had (which may or may not be the detriment of another land owner) and may sit as a ticking time bomb for some future land owner.

The changes appear to be in response to the Scottish Government’s request to meet the ten year target.

One of the biggest threats this poses is to owners of land that border that which is the subject of an application. The process of land registration has always favoured those titles are recorded first. Under the existing regime, owners of neighbouring properties are not consulted about the boundaries claimed by applicants. It is not hard to envisage those with most to gain (large-scale landowners and owners of the most valuable land) taking advantage of the new arrangements to appropriate useful bits of land from homeowners, local authorities, common good funds and others landowners. They will be completely in the dark about such claims and may very well find themselves many years from now having had their interests compromised.

I have proposals that would maintain the integrity of the Land Register, assist with the process of land registration AND ensure free public access to good quality information about who owns Scotland. This will be the subject of another blog in the near future.

Meanwhile, it looks like Murdo Fraser’s Economy, Energy and tourism Committee might be well advised to investigate this matter.

(1) This equates to 58% of all property titles. The extent of land is less because most titles are small urban sites rather than large rural estates.

(2) See paras 160 onward from the Stage One Report of the Economy, Energy and Tourism Committee.