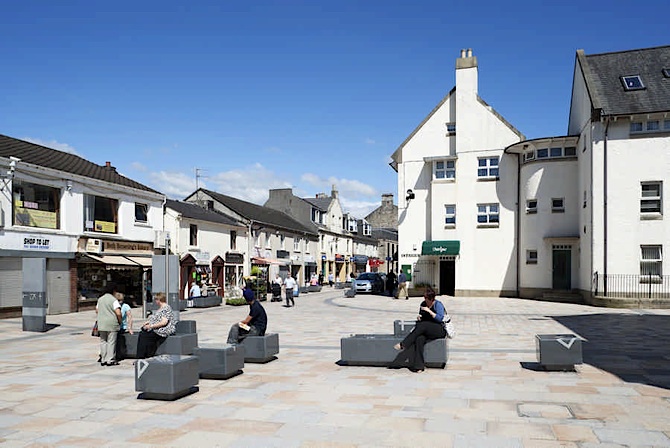 Following the publication of the Land Reform Review Group‘s final report in May, the Scottish Government has committed itself to the introduction of a Land Reform Bill in the current Parliament.

The report (hard copies of which are now available from the Scottish Government) provides an intellectually coherent framework for land reform designed to make the ownership of urban, rural and marine land and property serve the public interest and the common good through increased transparency, accountability and democracy.

The Land Reform Bill provides an opportunity to implement some of the specific recommendations in the report and to put in place a statutory enabling framework that will enable key reforms to be taken forward in future.

What I am presenting here is merely an outline of what the Land Reform (Scotland) Bill 2015 should look like. A key consideration in deciding what might be included is the time necessary to develop detailed proposals. Some of the Review Group’s recommendations require significant further work before any legislation can be drafted.

In addition, some measures will be the subject of separate legislation including agricultural tenancies, housing, succession and wild fisheries and are thus not included here. Finally, it should be noted that much of the land reform agenda does not require legislation (at least in the short-term). Future blogs will flesh out the detail behind some of these proposals.

1. Establish a national land information system providing open and transparent data on the ownership, value and use of every parcel of land in urban and rural Scotland. Such a system will pull together data currently held and administered in separate places such as the Scottish Assessor, Registers of Scotland, Historic Scotland, Marine Scotland, Scottish Natural Heritage and local authorities.

2.Update the data held by the Scottish Assessor to include site values and improvement values for all domestic and non-domestic land and property in Scotland. This should include all land that is currently not included on the valuation roll such as agricultural and forestry land. Bill should make provision for a mandatory annual valuation of all entries. Any reform of council tax and non-domestic rates or introduction of a new system such as land value taxation will require up-to-date valuations for all land both to inform policy and to provide transparency on who pays and who might be exempt. Even if exemptions continue or rebates are given, a universal valuation will enable policy-makers and the public to assess the cost of any such measures.

3. Introduce a protective order mechanism as an amendment to the Land Registration etc. (Scotland) Act 2012 to allow the public to register areas of common land and prevent them from being “land-grabbed”.

4. Make it incompetent for any legal person not incorporated within the jurisdiction of an EU member state to register title to land in the Register of Sasines or Land Register.

2. Introduce a right of pre-emption over land to be exercised by the Scottish Government, its agencies and local authorities where this is in the public interest.

1. Establish a Community Land Agency with a range of powers to facilitate negotiation between communities and landowners and to promote, support and deliver a significant increase in local community landownership.

2. Introduce new community land rights as outlined in Figure 17 of the Report.

1. Abolish all remaining Crown property rights in Scotland that are not currently administered by the Crown Estate Commissioners and replace them with appropriate statutory arrangements.

2. Nationalise the Crown’s property rights in the foreshore and seabed and set up a statutory framework for transferring rights as appropriate to local authorities and local communities.

1. Establish a Scottish Land and Property Commission to provide an ongoing focus on all aspects of Scotland’s system of landownership including the provision of advice and initiation of research, monitoring of public policy as it interacts with the system of land and property ownership and keeping under review the Scottish Government’s programme of land reform.

1. Introduce a statutory right for the public to become members of charitable bodies that own substantial areas of land (such as on the Isle of Bute, Applecross and Atholl Estate).

3. Provide a statutory basis for imposing a ceiling on the maximum extent of land that can be owned by any one beneficial interest. The precise nature of such a provision to be the subject of secondary legislation.