Give the folk of Inverness a referendum 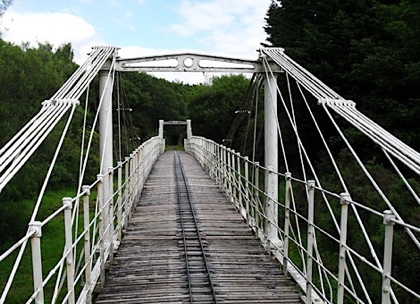 Highland Council are proposing to build a new road – the West Link – to provide a southern bypass for Inverness and allow traffic travelling from the A82 to the A9 and vice-versa to avoid the town centre. I have no view on the merits or otherwise of the proposal or any of the particular options. I do, however, have a view on the fact that Highland Council are in a state of denial that part of the land required for the new road belongs to the Common good Fund of the Royal Burgh of Inverness. This does not, of itself, prevent a road being built but it may require the Council to seek the approval of the courts and would certainly entitle the Common Good Fund to be receive a capital sum by way of compensation. The story has unfolded in an interesting fashion.

First of all, congratulations are in order to BBC Radio Scotland journalist Andrew Thomson who did what more journalists should do and that is investigate the stories behind the headlines. Andrew’s investigations were published online on 29 November 2011 and broadcast on Radio Scotland’s Good Morning Scotland the same day. The title deeds revealed that the Whin Park forms part of the former Bught Estate which the Inverness Town Council acquired in 1923 from Colonel Alexander RB Warrand.

The response of Highland Council to this story was to deny that any land involved was common good.

A further statement was made to the BBC on 1 December in which Councillor John Laing, Chair of the Transport Committee claimed that he had been given a “categorical assurance that on the face of the titles neither Whin Park or Bught Park are held on the Inverness Common Good account.”

This is statement designed to spread confusion. I have examined over 100 titles of common good land. None of them admitted on the face of the title that they formed part of a Common Good Fund. This is not something that is proclaimed in bold letters on the title. Rather it is a status that is inferred from the specific circumstances of the transaction.

The fact that neither park is held on the Common Good Account is also irrelevant. The central claim of the BBC story is that the parks are Common Good so of course they don’t appear on the Common Good account – if they did, there would be no story. Local authority’s accounts of common good are notoriously inaccurate.

Drew Hendry, the leader of the SNP opposition on Highland Council then tabled a question on the matter and asked what legal advice had been sought. In their response, the Council expanded on their previous statement and claimed that,

“..there was no formal legal advice sought in relation to the ownership of land.” but that, “Following a question raised during the public consultation in relation to the ownership of the land in the areas of the Canal Pitches and Whin Park, a detailed check of the Council’s Titles has confirmed that no part of the ground owned by the Council within the possible routes identified for the Inverness West Link Road is held under the Inverness Common Good, except for the bed of the River Ness.”

Thus the Council is now clearly stating that it has examined the titles and concluded that the land is not common good. Now, the criteria for deciding whether or not land forms part of the common good is reasonably straightforward. All land acquired by Scotland’s burghs is common good unless it was acquired using statutory powers OR was held in a special trust (Magistrates of Banff v Ruthin Castle Ltd 1944 SLT 373). This leading case was recently upheld by the Inner House of the Court of Session in Wilson vs Inverclyde, 2003 and cited by Scottish Ministers as the appropriate definition. Further background can be obtained from Common Good – A Quick Guide.

What criteria did you apply in your examination of the title deeds that led you to conclude that the land is not common good?

As far as I can tell, the application of the appropriate legal test would suggest that it is. I may, of course, be wrong but the Council now need to tell the citizens of Inverness how they have arrived at this conclusion. Meanwhile, you can make up your own mind by reading the title deeds which can be downloaded from the links at the foot of this post.

On the evidence available, it is clear that the parks belong to the citizens of Inverness and any proposals to alienate their common land should only be done after obtaining their consent – through a referendum.

NOTE – I will be giving a public lecture in Inverness on Tuesday 13 December at 7pm at Royal Highland Hotel. Tickets £5 on the door

UPDATE OCT 2012 Professor Rennie has prepared a legal opinion which concludes that “In my opinion no part of the Bught Estate as now vested in the Highland Council forms part of the assets of the common good fund of the Royal Burgh of Inverness.” (at 2.11)