100 years of waiting for the land

11. December 2011 · Comments Off on 100 years of waiting for the land · Categories: Democracy, Farming, Land Reform, Land Use, Politics, Poor had no Lawyers 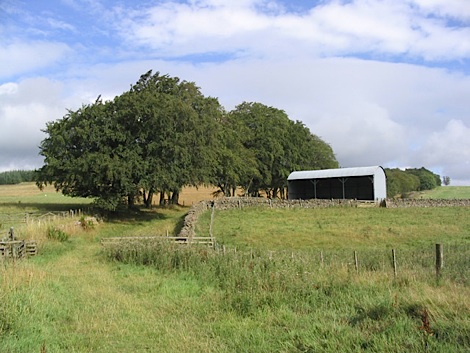 One hundred years ago, the Small Landholders (Scotland) Act 1911 was passed by the Liberal Government of Herbert Henry Asquith, 1st Earl of Oxford and Asquith. It was a bold and radical reform designed to allow families to obtain landholdings across Scotland on the same basis as the crofters had achieved in 1886. It thus, in effect, extended crofting tenure across the whole of Scotland. Subsequent Acts of 1916 and 1919 provided greater powers for state intervention to acquire land in response to promises that had been made to men who enlisted for the Great War that they would receive land on their return. The story of land settlement is told in the late Leah Leneman’s comprehensive account, Fit for Heroes, Land Settlement in Scotland after World War I (Aberdeen University Press, 1989).

I recall this groundbreaking legislation prompted by an interview I did for BBC Scotland’s Out of Doors programme on 10 December 2011 (funnily enough I was last interviewed – on the topic of farm subsidies – exactly a year ago). The programme interviewed Chrissie Sugden from Acorn Co-operative, an organisation with is trying to obtain land in Argyll to create crofts and allow young people and families to get hold of land to build an home and livelihood. It turns out that the co-op is having difficulty finding land to buy. I was asked to respond and frankly, I wish I had been a bit more frank about the ongoing scandal that is land in Scotland.

How is it that 100 years after an aristocratic Liberal Prime Minister finds the will to intervene in the land market in order to provide land to those who need it, a succession of Labour/Liberal coalitions and now SNP governments in Scotland have singularly failed?

How is it that the Russian Mafia can buy as much land as they want in Scotland and hold it secretly in offshore tax havens in the Caribbean but a group of enterprising people in rural Scotland who are looking for land to make a home for themselves and their families cannot?

I think it is rapidly getting to the stage where we need to get back to the tactics of the late 19th and early 20th century in the form of land occupations, rent strikes and civil disobedience.

It’s not hard to distribute land more fairly and equitably. It just requires a bit of political backbone.