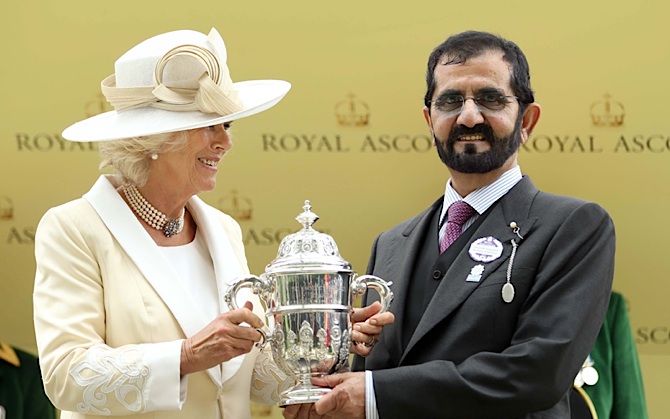 It’s hard to imagine the Government devising a new system of Jobseeker’s Allowance or Housing Benefit where the claimant is told they that their entitlement to such payments is just about to quadruple whether they like it or not. Indeed, with the total benefits cap set at £26,000 per year, the trend is in the opposite direction. It has long eluded me why, when the poorest in society suffer cuts and caps, some of the wealthiest (like the individual pictured above) not only appear to suffer no such pain, but are rewarded with largesse.

I met a tenant farmer recently who told me that under the existing system of farming subsidies he receives £18,000 per year. That’s a fairly generous allocation. But under current proposals for the new system (to be introduced in 2015) he will receive £80,000. “I don’t need it”, he told me. He is not particularly wealthy but he doesn’t need the money. So why does it look likely that he will get it?

The existing system of farm subsidies is coming to an end in December 2015 and the Scottish Government is currently finalising the details of the new system that will take its place and run until 2020. The existing (historic) system awarded subsidy (single farm payments – SFP) to farmers on the basis of what they received in 2000-2002. This is rather like paying tax this year on the basis of what you earned 14 years ago.

Some farmers “gamed” the system by increasing their farming activity in those years and thus have done very well out of it over the past decade. Others have bought “entitlements” to subsidy from farmers who, for example, retire from farming, and have “attached” those “entitlements” to poor quality land. They rent this land very cheaply and have thus been paid substantial sums of public money for doing nothing. They are the slipper farmers (so-called because they sit in front of the fire in their slippers being paid for doing nothing). Young farmers who entered farming over the past ten years have typically received no subsidy because the Scottish Executive back in 2003 conveniently omitted to make any allowance for them.

From next year, a new Basic Payments System (BPS) of farming subsidies will be introduced on the basis of a straightforward fixed payment per hectare of land farmed. The current proposal is that this payment should be made over two separate “regions” of land – €20-25 for rough grazing land and €200-€250 for better quality land. This means that the more land you own or rent, the more subsidy you will receive. This explains the pleasant dilemma faced by my farming friend above.

So, will the new system eliminate slipper farmers, support new entrants and direct subsidy where it is most needed? There will be support for new entrants although how much and how soon remains to be seen. But on the first and third points the jury is still out.

Scottish farmers do well out of the CAP – they receive the second highest average payments in the EU (€31,955). But that figure masks a few who do very well and the great majority who receive much less. In the latest data for 2013, the recipient of the largest payment was the King of the slipper farmers, Frank A Smart who was awarded the tidy sum of £3,226,492 for 35,379ha of land that he “farmed”. (1)

Of the £439.8 million handed out in 2013, 45% (£198 million) went to the top 10% of farmers and the top third received over 81% of the total pot. This distribution is thanks to the system of historic payments and the scandal of slipper farming which, according to the farming journalist Andrew Arbuckle, has been responsible for between £50 – £100 million of payments each year – almost 20% of the total amount of subsidy paid to Scottish agriculture. His article is worth a read. So will the new system be any fairer? That depends on a number of factors including how much land is eligible for the BPS and how the new system is phased in. And this is where things get interesting.

Under the old scheme, some owners of very large tracts of land undertook very little farming and so have received relatively small payments. But under the new scheme their estates are all eligible for the basic payment. In 2013, there were 4,480,561 hectares against which subsidy claims were made. However, there are a total of 5,744,610 hectares  of land registered and eligible for subsidy – an additional 1,264,049 hectares. The Scottish Government intends, under EU rules, to restrict the land that can trigger payments by applying an “active farmer” test. It is unclear what this will mean in practice and in any event, it is not likely to be difficult to hire a shepherd and run a few sheep over the hills and qualify for subsidy. 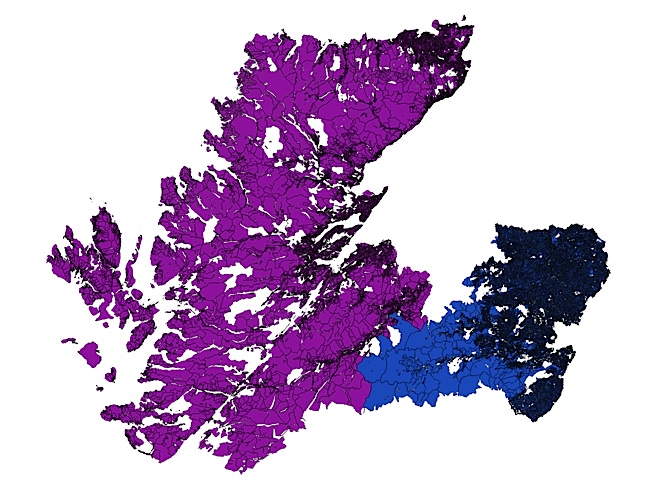 Smech Properties Ltd. for example, is a company registered in Guernsey and owned by Sheik Mohammed bin Rashid Al Maktoum, the King of Dubai and Prime Minister of the United Arab Emirates (pictured above). It owns the Killilan, Inverinate, West Benula and Glomach Estate in Wester Ross which has 21,424 ha of eligible land registered, received £26,406 in 2013 and could be eligible for £439,192 paid straight to a tax haven every year until 2020.

The Duke of Westminster owns 37,303 hectares of eligible land and could be eligible for £764,712 of public assistance for each of the next six years.

Braulen and Glenavon Estate, owned by a company in Grand Cayman (beneficial owner unknown) consists of 26,632 hectares of land potentially eligible for £545,956 of state handouts for doing next to nothing.

Letterewe Estate is owned by a company in the Dutch Antilles and could be eligible for £372,280 every year until 2020.

Even the Queen could claim over half a million pounds over the 25,000 hectares of Balmoral Estate.

In addition, there is a distinct possibility that, instead of the new system being introduced in 2015, it will be phased in over the next six years. And that would mean that Frank Smart (and the rest of Scotland’s slipper farmers) would continue to receive a substantial proportion of his £3,226,492 until 2020 for doing next to nothing.

The existing system of farm subsidies has been extensively abused. The new system must not be. And that is why I and others will be paying close attention to whether Sheik Mohammed is going to be allowed to pretend that he is a farmer and whether Frank Smart continues to get given millions of pounds for doing next to nothing.

The files provide the following information

Name of the claimant for legal persons only. Natural persons names are redacted. See here for details.

Postcode District where the claimant’s business is registered.

Ha Paid is hectares over which payment was claimed

Figures in the original blog for 2013 payments were expressed in Pounds Sterling when they were in fact Euros (this includes payment made in 2013 to Frank A Smart). All now been corrected. This does not affect the projected sums which were converted already.