From Glenbuchat to the Turks & Caicos Islands 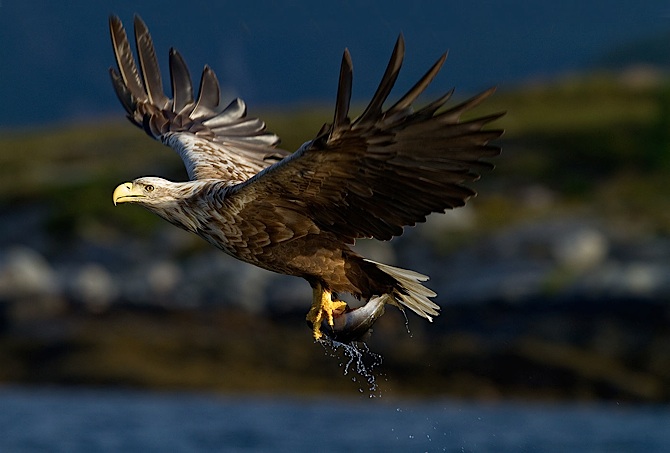 The persecution of birds of prey is one of the most malign of wildlife crimes. Yesterday, the ever excellent Raptor Persecution Scotland (RPS) website (which has courageously and doggedly documented and reported on the topic for over 4 years now) carried yet another story of the tragic disappearance of a particularly iconic bird – the first Sea Eagle to fledge in eastern Scotland for over 200 years.

The BBC reported on the police raid yesterday. 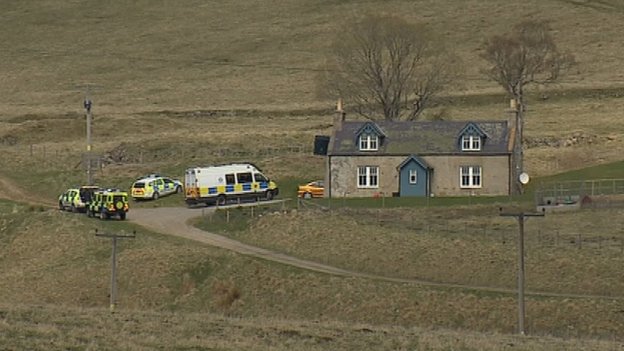 “We’re almost at a loss what to say. What can we say that hasn’t already been said each and every time? What words are there to describe the fury, rage, sadness, sorrow and overwhelming frustration about what is going on, right under our noses, in our own countryside? The Untouchables strike again. It is out of control and the Government seems powerless to stop it.”

The North Glenbuchat Estate in Aberdeenshire is one of a number of notorious hotspots of wildlife crime with a number of poisoned birds discovered and four eagles having disappeared, presumed dead. The estate is reported to be owned by George Ivar Louis Mountbatten, the 4th Marquess of Milford Haven who bought it in 2008 although the only evidence that Mr Mountbatten owns the estate is to be found in the Autumn 2013 edition of the magazine of Scottish Land and Estates where he and North Glenbuchat Estate are reported as having joined the organisation.

In fact the owner of the estate is a company called North Glen Estate Ltd. registered at PO Box 171, Bristol House, The Centre, Providenciales, Turks and Caicos (see whoownsscotland info including small map and larger zoomable map). It acquired the estate in December 2007 for £4,116,132 (Title here and plan here but beware – 42Mb pdf). Quite who is the beneficial owner of this company is unknown as such details are not divulged to the public by the Turks and Caicos authorities. There is, however, a company called North Glen Estates Ltd. (spot the difference in name) which is registered in the UK. According to the 2013 Annual Return, the sole shareholder of this company is Mr James Kelly (Oathlaw House, Oathlaw, FORFAR DD8 3PQ) who is a Director. (but see UPDATE below) The sole other Director is Mrs Laura Sorrentino whose address is 2 Great Trippetts Cottage, Rake Road, Milland, Hampshire, GU30 7JU.

This debt is thus in the form of a loan from an offshore tax haven – an increasingly familiar device that enables funds to be brought into the UK free of tax and (in most cases) be eventually written off or subject to high rates of interest in order to eliminate any profits that might be made by the UK company.

In the Turks and Caicos of course, there is no form of tax – no income tax, company tax, withholding tax, capital gains tax or other tax on income, profits or assets. Exempted companies automatically receive a Governor’s Undertaking guaranteeing exemption from taxation for 20 years. Furthermore, the Turks and Caicos have been under direct rule from the UK since 2009 as a result of government corruption and incompetence. In 2011, the UK Government underwrote a loan of £160 million to Turks and Caicos government. Richard Murphy, director of Tax Research UK, said at the time,

“We are in the extraordinary situation that the British taxpayer is underwriting a loan to support a tax haven, which will take away our tax revenues. There is absolutely no sense to this. The condition of these loans must be that they strip these tax-haven practices.”

In light of all of this it is worth remembering that I argued during the course of the Land Registration Bill in 2012 that the Scottish Parliament could take action to improve transparency in the ownership of land by simply refusing to register any title held by company in a tax haven. (2) The Scottish Government rejected the idea. In this particular case, the fact that there is no official record of who the beneficial owner of this land is may lead to problems in any potential prosecution under the law on vicarious liability (where the owner of land can be held liable for any wildlife crime committed by an employee – Section 24 of the Wildlife and Natural Environment (Scotland) Act 2011)

Meanwhile, HMRC might want to take a look at this company in relation to its offshore funds transfers.

I use Duedil for obtaining records of UK Companies. It publishes information a few days after Companies House and so I missed an interesting piece of information filed on 17 April and published on Duedil 22 April. The appointment of Mr James Kelly as one of the two Directors of North Glen Estates Ltd. was terminated on 7 January 2014. This leaves the company with one Director – Mrs Laura Sorrentino, occupation – Personal Assistant. Quite a responsibility with over £1 million liabilities being underwritten by a company in an offshore tax haven. I hope she has taken good advice.

(2) See the blog post linked to and (linked to in the blog), in particular, Fergus Ewing’s comments at cols. 982-985 in Committee where he argues that to restrict titles to companies registered in the EU would deter inward investment.