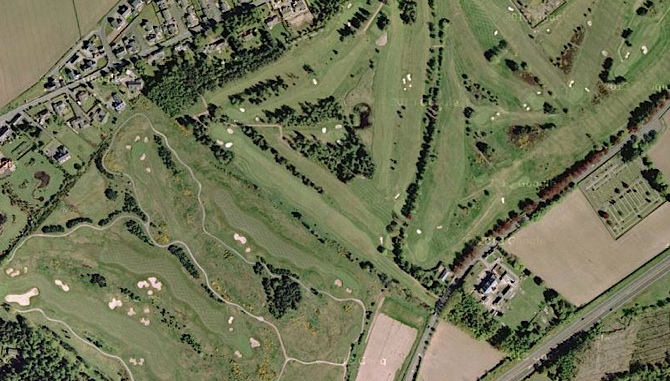 The good citizens of the Royal Burgh of Auchterarder face being banned from walking across their common land because of the risk that they might choose to stop and gaze across at the Ryder Cup golf competiton taking place on the neighbouring golf course at Gleneagles. Safety and security are being cited as reasons why part of the Auchterader Golf Course (which is part of the common good land of the Burgh) and a public footpath are to be closed for the duration of the competition.

This is a bizarre state of affairs. Let me explain why.

The right of responsible access to land is enshrined in Part 1 of the Land Reform (Scotland) Act 2003. It was always recognised, however, that there were circumstances in which areas of land could and should be exempted from these rights. If land was to be used for an agricultural show, a sporting event or a pop concert where attendees were to be admitted on payment of a fee, then it is perfectly proper that the public’s right of access should be suspended for a defined period of time. Section 11 of the Act provides that local authorities can make orders exempting land and where it is to cover a period of more than six days then Scottish Ministers must approve and the public has a right to submit objections.

The Act also placed a duty on local authorities to define Core Paths – routes along which the public could feel comfortable walking and enjoying their access rights. But Section 11 did not provide any means for exempting Core Paths and so, in 2013, the Scottish Government proposed the Land Reform (Scotland) Act 2003 (Modification) Order 2013 which would amend Section 11 and allow Core Paths to be closed because of animal disease outbreaks or because of an event taking place. Draft Guidance states that such exemptions would be limited to events where paid admission was charged and in the interests of safety and security involving “competition participants and spectators.”

The Draft Guidance noted that “We know that there will be requests for section 11 exemptions for two major events in 2014 – the Commonwealth Games and the Ryder Cup.”

It is perfectly reasonable for the organisers of the Commonwealth Games to seek to exempt the shooting range at Barry Buddon from the legal right to walk across it and along any core paths for the duration of the Games. It is also reasonable in the context of the Ryder Cup venue at Gleneagles.

But it is one thing to seek to exempt land over which you have control and are managing for the purposes of an event open to the paying public. It is quite another indeed to seek to suspend the public’s right of access over other land – particularly over common land that belongs to the people of Auchterarder.

And that is what is being proposed in Auchterarder.

In a paper prepared for the Auchterarder Common Good Fund Committee on 26 February 2014, a map shows the extent of land over which the organisers of the Ryder Cup wish to apply for an exemption including Core Path AUCH/35/1 (see maps below). 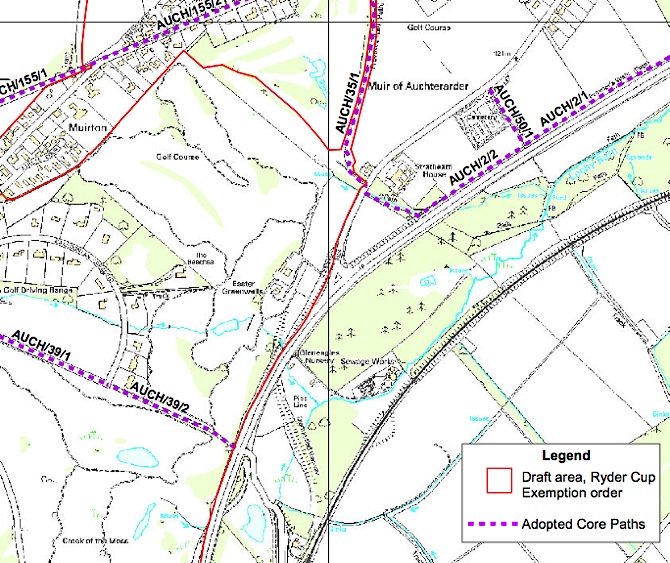 It notes that the north east boundary of the Gleneagles land “abuts Auchterarder Golf Course and people standing on the Auchterarder course side of the boundary might be able to view the Ryder Cup action.”(1) The image below shows the boundary. 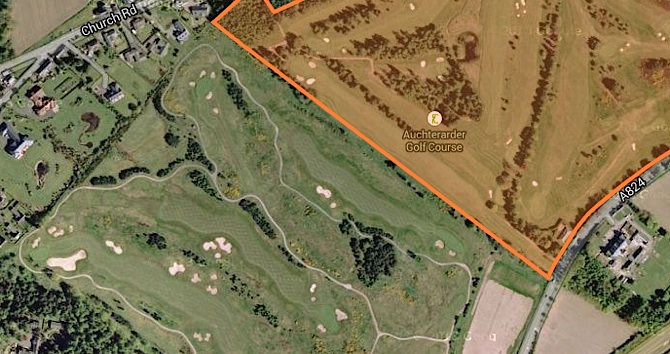 Oh dear! Folk might get to see some golfers without paying….

The report goes on to say that discussions are underway between Ryder Cup Europe, Police Scotland, Perth & kinross Council and Auchterarder Golf club “about how public order and safety can be maintained at this area during the event, as there is a risk that uncontrolled numbers of people may try to view the event from this location.”

“If no restrictions are put in place there is a potential for a build up of people, seeking to use the Core Path/Right of Way in order to view the event, which creates a safety, security and public order risk.”

In order to obtain a Section 11 Order, an application has to be made to Perth & Kinross Council by the organisers. The Ryder Cup is a partnership between the Scottish Government, Ryder Cup Europe and Diageo. Such an application will be for a period of greater that six days and thus needs to be referred to Scottish Ministers. The public have the right make representations and objections and Ministers may hold a public local inquiry if they wish.

On 11 December 2013, the Minister for Environment and Climate Change, Paul Wheelhouse acknowledged such an application during evidence to the Rural Affairs, Climate Change and Environment Committee (Col. 3119).

“I can assure the committee that if any proposal comes before me, I will take a balanced view on the need to ensure public access to land under the Land Reform (Scotland) Act 2003 and the strong sentiment across Scotland about ensuring the right to responsible access, while at the same time protecting the public interest and public safety and ensuring the security of the events themselves. It is a balancing act, but we will take all those matters into account.”

Scottish Ministers will thus be the decision-maker in an application for a Section 11 Order to which they (as one of the three organisers) are a party – which is in itself interesting.

It appears to me that this whole process is a gross over reaction to what is a real but managable possibility of public order problems. I am no expert in the law on such matters but I would be surprised if there were not already powers available to the police to deal with such an eventuality. In any event, exempting this land from access rights does not in itself prohibit anyone walking over it and thus potential public order issues may still arise. (2)

So here is what I think should happen.

If an application is made, the citizens of Auchterarder should register their objections to Scottish Ministers and the application should be refused.

Auchterarder Community Council should then, in association with the police and the Council, set up a viewing zone open to the public with associated refreshments and public entertainment. Mini-golf can be laid on for children (and adults). Spot the celebrity golfer competitions can be organised. Information can be provided about the history of the commons of Auchterarder. Such an event would be free but ticketed so as to avert any security and public order problems.

Commons are for the people and not for corporate elites.

(2) It is not commonly understood that Part I of the Land Reform (Scotland) Act 2003 confers rights which are there to be exercised and relied upon as people choose. Over areas of land where the rights do not apply (by being exempted from the scope of Act or by temporary suspension via Section 11), the Act does not prohibit or ban the public. In such circumstances they are, in effect, subject to the common law as it applied before the Act came into force.