16. November 2011 · Comments Off on Capping the CAP 1 · Categories: Farming, Land Reform, Land Use, Land Values, Politics, Poor had no Lawyers 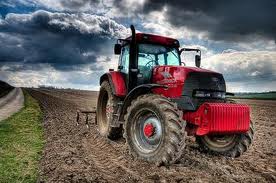 In the rapidly expanding digital world, it is encouraging to welcome an outbreak of online participation among our elected representatives. Not only do many MPs and MSPs have blogs, twitter accounts and facebook pages but some of them are even asking us our opinion on the great questions of the day. Step forward, Alyn Smith MEP, who, as a member of the European Parliament’s agriculture committee, has to agonise over reform of the Common Agriculture Policy (CAP).

Currently, Scotland’s farmers and landowners receive over £500 million in public subsidies each year. The division of the spoils is somewhat skewed, however. During the 10 years from 2000 to 2009, the top 50 recipients of the subsidies included many of Scotland’s Dukes, Earls and Lords who between them received £168 million – over £3.3 million each. In 2009, over £175 million was paid to 1032 farmers – a mere 5.3% of the total recipients and half of the£555 million went to 12% of farmers. Some even received over £1 million each.

In response to such inequitable largesse and out of consideration for newer member states who have never had their fair share of the CAP, the European Commission is proposing reform including a cap on the CAP (as it were) – in other words an upper ceiling on what any one farmer can receive. Sounds reasonable enough. So what precisely is Alyn Smith seeking our views upon?

Well, it turns out he is opposed to capping on the rather bizarre basis that if a recipient is doing a lot of farming, producing a lot of food and employing a lot of people, then they deserve a big subsidy.

I’m not quite clear on the logic being applied here but I’d say they deserve the precise opposite. Farmers who can operate at scale in the market place should receive no support at all. Instead, support should be focussed on those facing real disadvantage and providing clear public benefits.

Maybe I am missing something but has always been a cause for some wonder that the Scottish Government (and therefore, presumably Mr Smith) are keen to keep rewarding big farmers and landowners with seemingly unlimited largesse. Who is making the policy here and in whose interests? Is it the public (whose cash this is) or is it a cabal of big farming lobbyists and politicians whose misguided interpretation of their Ministerial office is to seek to serve just such vested interests?

Alyn Smith, to be fair, recognises that Scotland (and he himself) are in a minority in this view and he is therefore looking for a steer from his constituents on the question. Should he continue to oppose capping? If it’s going to happen, then at what level should it be set?

I welcome this healthy outburst of opinion seeking. Whether you want a fairer and more equitable distribution of farm subsidies or wish to continue doling out millions to Scotland’s aristocracy, please do let Mr Smith have your views (by 30 November) at www.alynsmith.eu.

On 17 November, the Scotsman reported that the position of the Scottish Government in opposing capping was softening.

“He said both the UK and Scottish governments had traditionally opposed capping because it penalised large-scale farming“ with Scotland and the UK having proportionately more farmers in this category than other EU countries.

However, he told a large audience at AgriScot that the public did not like the idea of very big payments going to individual farm businesses and many of the farmers he had spoken to across Scotland had acknowledged that.”