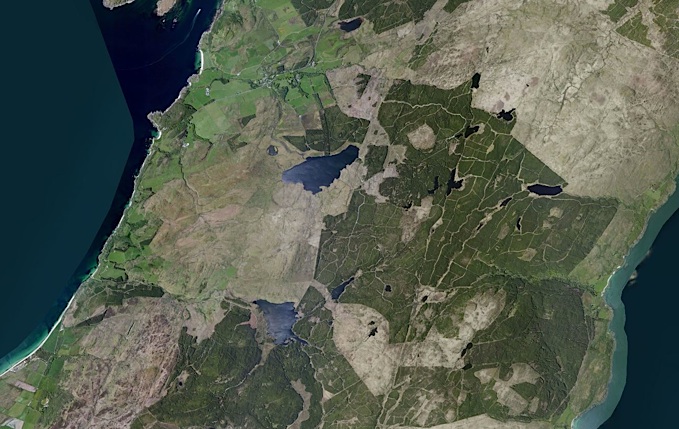 On 23 February 2014, the Sunday Herald revealed that Timothy Congdon, UKIP’s economic spokesperson, had benefitted from wind energy developments on his land in Argyll and Caithness.

Today (4 March) it was revealed that he has stood down from the post.

Timothy Congdon’s website is here. He regards himself as the “best economist in British politics” Nowhere does he declare his interests as a major landowner in Scotland. Given the absence of a freely-available online register of who owns Scotland, I have spent £21.60 in order to make transparent his landholdings which cover 6237 acres of land in Argyll and Caithness. The details which follow reveal 6 out of his 8 landholdings in Scotland. The website currently records them as separate holdings but in fact the Argyll properties are all contiguous with one another.

In addition, he has interests in a 329 acre Moodlaw forest in Dumfries-shire.

This matter not only concerns transparency but a wider issue of why so much (55%) of Scotland’s privately-owned forests are owned by absentee owners. Fully a third of Scotland’s privately-owned forests is owned by owners who live outside Scotland – in the rest of UK, Europe and offshore tax havens. For further analysis, see a report I wrote two years ago in February 2012.