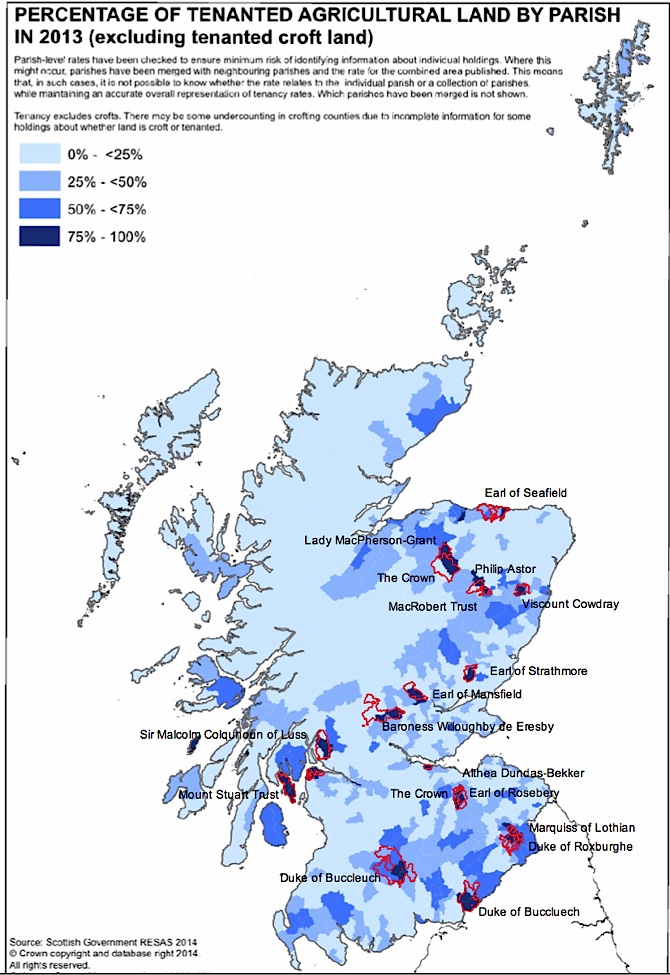 On 22 January, the Scottish Government published an interesting map showing the density of tenanted agricultural land per parish (1162kb pdf here). What struck me about the map was the apparent coincidence of those parishes with >75% of the land tenanted with the locations of Scotland’s largest landed estates. So I produced another map, overlaying the ownership boundaries with the parishes and the coincidence is real. What this maps shows is that the pattern of farm tenancies is a product of the pattern of private landownership and has nothing to do with agricultural conditions. Recent reports in the press have claimed that the right to buy being pursued by tenant farmers is a “minority quest”. There is more than one minority, however.

The full map with overlay can be downloaded here (1.3Mb pdf)