In the first session of the Scottish Parliament between 1999 and 2003, a total of 12 Acts were passed in relation to land reform – 20% of the 61 Acts passed in the first four years of devolution. There was much debate about many topics and the media took a great interest. The film above was made by the Australian Broadcasting Corporation (in 2002 as far as I can tell) and is interesting for a number of reasons. It was made by a foreign broadcaster so shines a fresh light on the debate. It contains claims and assertions as to the impact of land reform legislation that can now be examined in the light of what has happened in the intervening ten years.

But it is also very interesting because a couple of the key contributors are speaking from the Strath of Kildonan in Sutherland. Earlier tonight a special commemorative service was held in Kildonan Church as part of the two-week Translocation Festival which is being held on the bicentenary of the eviction and clearance of the population of the Strath in 1813. The BBC reports that exactly 200 years ago today, 96 people left Helmsdale on a ship bound for Canada after being forced from their homes in the Strath of Kildonan. (1)

Now many people take the view that the Highland Clearances should form no part of any debate about who owns Scotland today. At one level this is a perfectly reasonable point of view. But at another it is profoundly misguided. Places like the Strath of Kildonan cannot be understood today without understanding the circumstances and events that shaped them. It is also instructive to compare Scotland at this time with other countries like Norway which also experienced mass emigration. The different is that Norway, unlike Scotland was not owned by vast estates and occupied by a tenantry with no legal rights. It was a country which, one year after the Kildonan clearances adopted a constitution that forbade the creation of any new nobles and empowered the peasantry giving Norway one of the most democratic systems of government in Europe. Seven years later, the aristocracy was abolished.

So understanding history matters which is why it is very educational to hear the likes of Sir John Nutting, owner of the 23,000 acre Achentoul Estate opine on how and why the private ownership of his estate is an essential ingredient of the Sutherland economy and why he doesn’t live there because “I have to earn my bread in the south” (at 3:30). 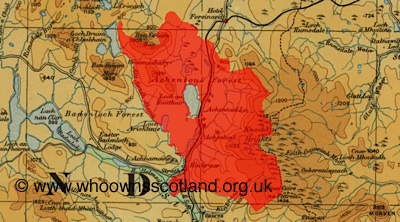 This is of even greater interest since were any of the crofting tenants that still occupy the coastal areas of Sutherland to make a similar argument and be absentee crofters (by living more than 32 km from their croft), they would have to apply for consent to be absent from the Crofting Commission and, were this to be refused, could be subject to legal proceedings that could see their tenancy terminated – a situation highlighted recently by this crofter who claims he is the victim of a new Highland Clearances.

But Sir John Nutting can rest easy. The complex legal framework of crofting law is designed for those whose property interests are limited to a tenancy of a few acres of bog and rock. For a man in his position as the owner of 23,000 acres of land cleared of its human population 200 years ago, there are no such restrictions or conditions.

Which is why it is well worth watching the 15 minute film which includes local crofter Sandy Murray, a descendant of crofters cleared from Sir John’s Achentoul Estate in the Strath of Kildonan argue eloquently why, in his view land reform is a rather good idea.

It is also why it is worth posing questions as to whether landowners like Sir John Nutting have any place in a modern Scotland. His views on the current debate on land reform are available here and make interesting reading. 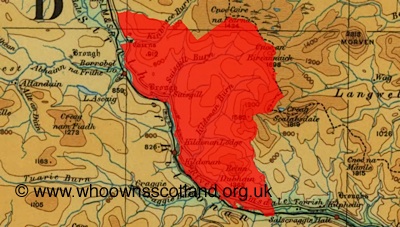 Meanwhile, if you would like to purchase the 16,523 acres of Suisgill Estate in the Strath of Kildonan neighbouring Sir John to the south (and from where many of the tenants were evicted 200 years ago), it is available for sale via Savills at offers over £7 million (sales brochure here – 3.9Mb).

The sales brochure reports that “The Strath of Kildonan has supported an active population since the Stone Age….Great changes in the way of life of the people in Kildonan took place in the early 1800s when Cheviot sheep were introduced into the Strath.”

Don’t worry, no-body will ask you any questions. You don’t have to submit yourself for the approval of the Landowning Commission, you can even conceal your identity in Grand Cayman or some such place and you certainly don’t have to live in the Strath of Kildonan.

I am informed that Sir John will be at the famous Lairg sheep sales tomorrow. If you see him, say hi from me.

PS – Oh, and the film is also interesting because it features David Cotton. He claims that the threat of land reform back in 2002 caused two ghillies to emigrate to Canada. He and his colleagues also threatened me with legal proceedings in 2002 for a statement I made to a Scottish Parliament Committee. I can picture the letter. It is in a plastic wallet with a Recorded Delivery stamp on it. I must find it.

(1) Professor James Hunter, who is currently writing a book about the Sutherland Clearances contacted me to say that, in fact, “they left in June and sailed from the Bay of Stomness”