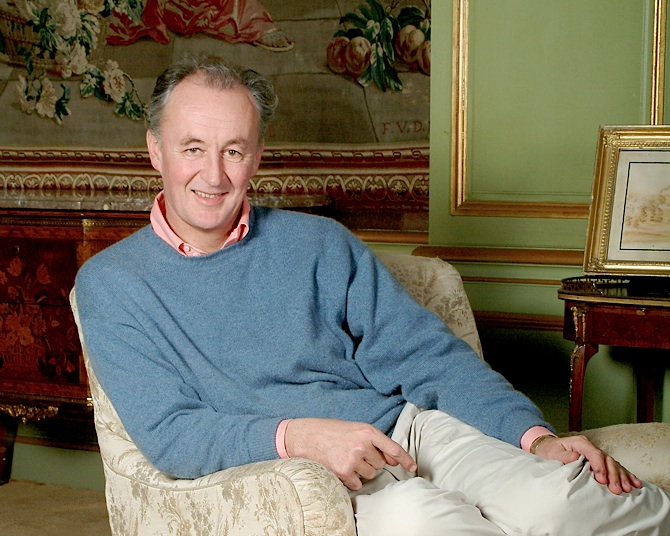 Scotland’s landed class made the front page of the Scotsman yesterday under a headline “Lairds in warning over new buy-out powers”. The story is based around submissions of evidence to the Scottish Government’s Land Reform Review Group (LRRG) which will publish its final report in April 2014. These submissions can all be read here.

Since January 2013, when the LRRG call for evidence closed, I have submitted two Freedom of Information requests for these submissions to be made public. (1) The LRRG had originally stated that they would not be published until April 2014 which is patently ridiculous. I responded by inviting those who were willing to publish their responses on my website.

Both FoI requests were refused but I am pleased that the responses (or rather those from the two-thirds who were willing to have them published) have now, six months later, finally been published. As the Scotsman story illustrates they make for interesting reading not least in relation to the sense of entitlement expressed by the five white male members of the landed class  that the paper quoted (including the Duke of Roxburghe pictured above who, according to his website, is correctly referred to as “His Grace”). Much more insight into these discourses on land and power can be gleaned from reading all the responses. But more on that later.

What I should have done some weeks ago is to review where the land reform process is and what’s been happening. Calum McLeod recently provided a well-written overview on his blog. There have been two important developments.

When the LRRG published its Interim report on 20 May 2013, many interested parties were disappointed in its lack of ambition and vision and critical of its defeatist and limiting agenda on the topic. (2) Following the report, the Scottish Government moved quickly to strengthen the Review Group by appointing new members and a special adviser. On 26 June the Group gave evidence to the Rural Affairs, Climate Change and Environment Committee.

This was quite revealing. The new members, it was reported, were keen to see the submissions made public as soon as possible and their efforts have now borne fruit. The Group has also undertaken a mid-term review of its progress to date. One consequence if this is that the work programme identified in the Interim Report has been expanded (thus addressing one of the key criticisms of the Group that it had narrowed what had been a wide original remit). In summary, the Group appears to have found a new focus and direction which more faithfully reflects the wide remit given to it and the Scottish Government’s wish to see it develop bold and radical proposals. The Group has also published Declarations of Interests of its members.

The test of course will be in whether the final report delivers on this ambition but the new Group already has a different feel to it and has the services of a special adviser with a track record in the topic and wide expertise. I should add at this point that it has been suggested in some quarters that I declined to become a member of the LRRG. This is incorrect – I was never invited either at the outset or during the recent expansion of membership. I wish the LRRG well in its work over the coming months.

The Scottish Affairs Committee of the UK Parliament meanwhile has launched a consultation on the future of landownership in Scotland and, in particular, on the corporate and fiscal dimensions of how Scotland is owned. A briefing paper (432:50 – Towards a comprehensive land reform agenda for Scotland) was published. This is a very welcome move since a Select Committee of Parliament has, unlike an independent review, the power to call witnesses and the authority to probe official bodies. This consultation (which is expected to lead to an inquiry in the Autumn) compliments the work of the LRRG and indeed the Review Group has written to the Committee to welcome the inquiry

“The SAC inquiry will complement the work of the LRRG as it takes forward its phase 2 analysis.  The LRRG shares the view that there should be a comprehensive approach to land reform in Scotland, and agrees that the relationship between public funds and patterns of land ownership is an essential aspect to investigate.  The LRRG recognises that the Scottish Affairs Committee is particularly well positioned to consider matters related to taxation.”

Scottish Land and Estates, however, issued an intemperate statement to the media.

“The individuals submitting this report have been well-known land reform activists for many years and are using this approach as another tactical ploy” and argued that  “such an investigation is unnecessary and unwarranted”.

I understand that the Chair of the Scottish Affairs Committee has spoken to SLE to ask them to correct this statement.

The individuals who wrote the report (which includes myself) did not “submit it” to the Committee. It was commissioned from us by the Committee. The consultation and inquiry are not a “tactical ploy” by us or anyone else. It is the work of a Select Committee of the House of Commons!

For the record, a number of members of the Scottish Affairs Committee have been very interested in exploring further aspects of the land question since the publication of the Committee’s excellent and thorough report on the Management of the Crown Estate in Scotland in March 2012.

I know this because they have discussed it with me on occasions. As it happens I was initially quite sceptical about what might be achieved by such an inquiry but it became clear that there was much to be examined in relation to what might be described as the “reserved dimensions” of land reform.

The recent EU Council agreement (see previous blog) as highlighted by Ian Davidson in his question to the Prime Minister has merely added impetus to such a move.

All in all it seems that following over a decade of no political action on the land question, there is rather a lot happening. As David Ross eloquently put it in a recent column in the Herald

“Land reform campaigners used to complain that legislators in London danced to the Scottish landed lobby’s tune, but it seems Westminster is expanding its taste in music.”

(1) Some responses were made on a confidential basis and these remain unpublished. I have never sought to have these released and respect and understand why some people feel that they cannot openly say what they think.