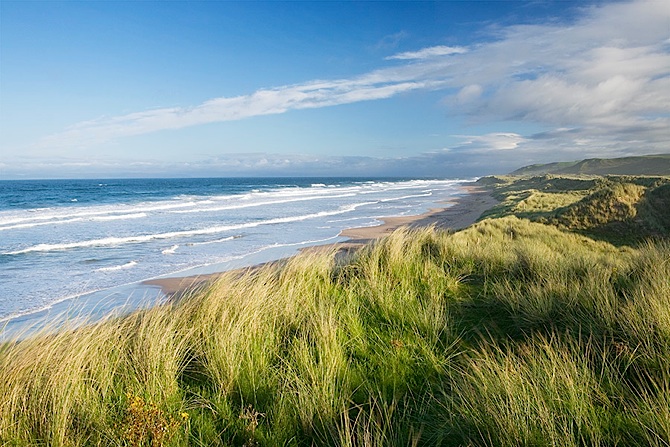 In this Guest Blog, poet & novelist John Burnside reflects on the land, nature, folk and elite power. John’s most recent book is a collection of short stories, called Something Like Happy (Jonathan Cape). This essay was first published in The Scotsman on 29 June 2013 and is published here with their kind permission.

Should Scotland’s environmental policies be governed by the rich and powerful?

IN 1997, I gathered with a group of other writers at the Edinburgh Festival, gamely sporting my yes/yes badge, to pledge support for a Scottish Parliament. At the time, I had no great expectations of the radical changes I thought were needed, here and elsewhere; what I hoped, however, was that a devolved Scotland might moderate, or even abandon, the high-handed approach to government that I had come to know and despise under Thatcherism. The gathering that day was jovial, with much joking and not a little self-consciousness for some. I had only been back in Scotland for a couple years, having moved south at the age of ten when my father got a job at Corby Steelworks and, at the time, I felt a little uncertain of the territory. I had no party-political affiliations and the idea of nationalism had always rendered me queasy. Still, crossing my fingers, I pledged my support and cast my vote, then stood back to see what would happen.

Now, we are about to do the referendum ceilidh all over again, only this time the stakes are higher. The trouble is, none of the changes I want to see are even on the agenda. Well, they are, in the usual lip service, greenwashed fashion, but none of it is real.

Meanwhile, I am much the same this time around as I was then: unaffiliated, highly sceptical and wondering which compromise to make in order to avoid the lesser of two evils. I would like to be affiliated: like many people, I suspect, I am still waiting for a green party in Scotland worthy of the name, but I see no sign of that for the near future and, to be frank, I want to weep when someone like Al Gore pops round for the day to praise the current government’s supposed environmental credentials (built entirely, and rather ironically, on a flawed energy strategy that, while it lines the pockets of landowners and developers, is devastating our wild places).

In fact, it is a mark of how compromised we are that my political wish-list for today is much the same as it was in 1997: a sound energy policy based on energy saving and informed research into genuinely renewable technology; land uses governed by environmental principle, rather than developer whim; meaningful, by which I mean radical, land reform; clear policies to eliminate, or at least reduce, pollution, (rather than craven kowtowing to the interests of neonicitinoid producers); and democratic social policies aimed at effecting equality of opportunity, not ‘community’ initiatives that sneak ‘Big Society’ in through the back door. Central to all of this, and the chief cause of our failed environmental policies to date, is land use. Or rather, land ownership.

In his 1931 polemic, Natural Prosperity, the Australian economist, RF Dyson, wrote: “It is just as impossible to secure to each his full earnings and at the same time to treat land as wealth, as it is to make an omelette without breaking the eggs. For first of all the private ownership of land means the private collection of its rental value. Since the rental value, which is always collected in money, is purely a community product, incomes gained through its private collection are as morally indefensible as incomes gained through common burglary…theft is morally wrong because it enables some to live on the labour of others. The private collection of land rent is worse than burglary because it is a continuous and increasing theft, and also it keeps opportunities unequal. That is economically wrong because incomes gained in that manner are not limited by the natural productive power of the recipients, and consequently a few people receive incomes far in excess of their needs.”

If we add in the continuous and increasing theft that is the current agriculture/energy subsidy system, Dyson could be talking about Scotland today – which is not to say that all landowners in Scotland are thieves. There are many who, in the context of current practice, are both responsible and, given the temptations, restrained in the uses they make of the land. The fact remains, however, that because of the way land is owned, and because the subsidy system throws public money – our money – at any business interest that can afford the consultancy to complete the appropriate forms and doctor the Environmental Impact Assessment, (should this even be called for), the fact remains that it is the larger landowners, along with developers and corporations, who dictate Scottish environmental policy, such as it is.

There can be no more obvious illustration of this than the Menie scandal. There is not room, here, to rehash all the details, but one clear fact remains: this was a defining, even textbook case of how to override local democracy, environmental issues and the basic rights of local residents.

On the environment issue, The Scottish Wildlife Trust’s objection was clear: “The very high nature conservation value of this coastline is recognised at both a European … and national level … indeed, the whole stretch of coastline hosts a rich assemblage of specially adapted higher and lower plants and other wildlife, including a diverse breeding bird community and otters. Of even greater concern [is] the destruction of over a third of Foveran Links Site of Special Scientific Interest (SSSI), which is important nationally for both its biological and geological features.” As we know, these concerns were ignored by Holyrood. The billionaire developer would come first; local people, and their environment, came nowhere.

It would be foolish to suggest that this government is any more cynical or undemocratic than many others; for some reason, governments do tend to pander to the rich and powerful. Nevertheless, it’s galling when even our supposedly ‘green’ policies are blatantly shaped by the interests of landowners and developers. Take wind energy, for example. In 2012, the Spanish Ornithological Society, having conducted an independent study on the impact of turbines on birds, said: “The more than 18,000 wind turbines [currently operating] in Spain, could be causing an annual mortality of birds and bats [of] between 6 and 18 million individuals.”

Researchers working on raptors, migrating birds and bats in the United States have called for a moratorium on wind farms or, at the very least, clear guidelines and regulation that would help lower the number of birds and bats killed. With this in mind, surely it would make sense, in a country so fanatically committed to Big Wind, to do all we can to protect birdlife – but in Scotland, turbines all too often go where landowners want them to go, because turbines attract huge subsidies, (the system was, in fact, originally modelled on agricultural subsidies). As The Guardian reported recently: “The boom in onshore wind power, likened to a “new industrial revolution”, is being dominated by a small number of private landowners who will share around £1bn in rental fees over the next eight years. Rental payments vary and are secret but…landowners can now expect £40,000 a year “risk-free” for each large turbine erected on their land. Those set to benefit include senior members of the Royal Family and the Forestry Commission in Wales and Scotland.”

That our energy and land use policies should be governed by the most brutal profit motive is tragic, but this subsidy-grab is just the latest in a long history of moral and environmental crimes. In 1808, a tenant farmer named Robert Burns penned these satirical lines:

Farmin, and fencin, an a

Ploughin, and plantin, an’ a

Since then, we have continued ‘improvin’ the land for the benefit of the richest and the least socially productive, to the detriment of what should have been a shared environment. As long as it is in the interests of corporate landowners, faux-green energy companies and billionaire developers, Scotland still means business.

However, as we ask ourselves again, over the coming year, what Scotland ought to mean, and what we ought to be doing to protect the quality of life of all (human and otherwise) who live here, we must finally begin the work of making Scotland free for all, not just by redistributing a few acres here and there in ‘community’ buy-outs, but by revolutionising our ideas of how land could be used, not for the profit of a few, but for the delight of all.