Let’s have a mature debate that does not demonise landowners 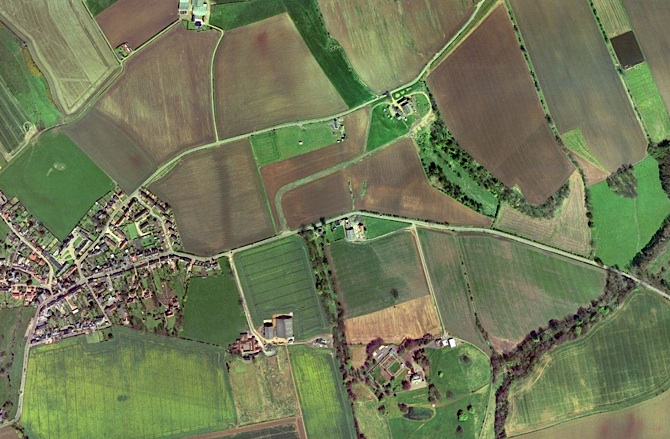 I am delighted to publish this Guest Blog by Douglas McAdam who is chief executive of Scottish Land & Estates. The article first appeared in the Herald newspaper today. It is published here in the spirit of a mature debate and those posting comments should observe this wise counsel. Comments policy is here.

Let’s have a mature debate that does not demonise landowners

The most ardent advocates of land reform in Scotland went into overdrive when they did not like what they saw emerging from the Government-appointed Land Reform Review Group.

Even though the group published an interim report containing measures that could be seriously detrimental to private landowners’ interests, it was not enough to satisfy the blood lust of those who will only be happy if rural estates are wrenched from their lawful owners, broken up and sold off.

Those in favour of draconian land reform try to claim the moral and emotional high ground. However, we are confronted with a debate about the future of the countryside, communities and rural economies that is not rational. Instead, we have a propaganda war where fact runs a distant second to fiction. To create a more mature and informed debate we should attempt to separate fact from fiction.

Take tenant farming. In a recent Scottish Parliamentary debate, one MSP referred to the terrible “oppression” suffered by tenants who, she said, were operating in a climate akin to the Highland Clearances. The fact is that the agricultural landlord and tenant relationship is already among the most heavily regulated in commercial property arrangements. Around 80% of tenants have virtually complete freedom of use and can pass on the tenancy to future generations. Tenants have unrivalled security of tenure.

The Supreme Court recently ruled, in what has become known as the Salvesen case, that a landowner’s rights were violated by law passed by the Scottish Parliament which prevented the landowner ending what is known as a limited partnership agreement with a farmer. Those in the industry who were aware of the real circumstances did not try to make capital out of the situation and knew this was a complex and technical case. But it was portrayed in some quarters as a charter for landowners to throw tenant farmers off their land, with hundreds facing eviction; emotive, but false. There is no possibility of mass evictions of tenants.

Last week, Richard Lochhead, Cabinet Secretary for Rural Affairs, criticised landowners for not bringing farm land to the market for rent yet 96% of estate land is already farmed under some kind of arrangement, with 70% being let to tenants. Farms do not become available every day to landowners or tenants. Estates are generally fully let but there could be opportunity if older generation tenant farmers retire and also if confidence could be given to the owner-occupier farmers to let land.

Inevitably, the land reform lobby focuses on who owns Scotland and how unjust it seems that anyone should own what is perceived as a lot of land. All too often we hear that half of Scotland is owned by a few hundred people. This is misleading. Yes, there are large-scale landowners but often they own low-quality, fragile land. In reality, the 16 biggest private landowners hold less land than the Forestry Commission. More importantly, the vast majority of people who own rural land own less than 1000 acres, accounting for many thousands of these people.

There is a rich mosaic of land ownership across Scotland. The Government owns land, as do local authorities, charities, communities, NGOs as well as private individuals; quite a healthy mix. The caricature of a few landed gentry exercising complete control over Scotland does not reflect reality.

In one of the few pieces of research carried out into public attitudes towards estates, the public revealed it did not think about estates often, enjoyed the facilities and thought estates should do more to promote their activities -– all perfectly reasonable observations.

A mature land reform debate should be about use and management rather than ownership. It is time for the debate to move forward and concentrate on making decisions, based on fact, that will help rural Scotland. Private rural landowners are a constructive and progressive voice to be heard in that debate.