Time for a Lochhead Act? 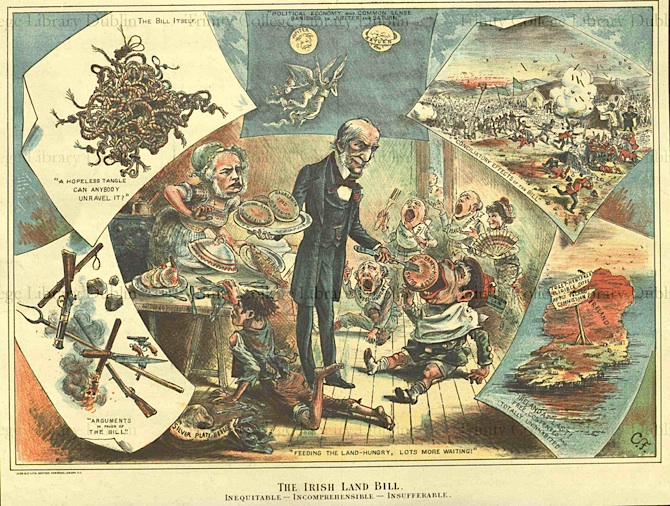 We are pleased to publish this Guest Blog from Professor James Hunter, Emeritus Professor of History at the University of the Highlands and Islands. From 1998 to 2004 he was chairman of Highlands and Islands Enterprise and between 1985 and 1990 he was the first director of the Scottish Crofters Union, now the Scottish Crofting Federation. Until April 2013, he was a member of the Scottish Government’s Land Reform Review Group. The article outlines a radical way forward for reform of agricultural land tenure by moving to a more European model of owner-occupation and freedom to contract in the leasing of land. It makes eminent sense and could be the bold initiative that breaks the current impasse in the debate over agricultural land tenure.

This article was first published in the Scottish Farmer on 15 June 2013 and is reproduced here with its kind permission.

Time for a Lochhead Act?

In October 1900, Britain’s then Prime Minister, Lord Salisbury, made a fellow Conservative and fellow aristocrat, George Wyndham, Chief Secretary for Ireland – all of it, at this point, still in the United Kingdom. Three years later, Wyndham took through the UK Parliament the legislation that resulted in easily the most far-reaching land reform the British Isles have seen.

By enabling virtually all of Ireland’s tenant farmers to buy their farms and by advancing cash to help them do so, the Wyndham Act, as that 1903 measure is still known, eliminated big estates from Ireland and made the entire country, both south and north of the present border, a place where farms and smallholdings are overwhelmingly owner-occupied.

Might the review of agricultural holdings announced last week by Richard Lochhead, the Scottish Government’s Cabinet Secretary for Rural Affairs and the Environment, do for Scottish tenant farmers what the Wyndham Act did for their Irish counterparts?

To get the answer, it won’t be necessary to wait for the outcome of Mr Lochhead’s promised review. All that will be needed are details – to be revealed shortly – of how the review is to be conducted.

If the Cabinet Secretary opts for a review group representative of all the divergent interests with a stake in this key issue, it will immediately be apparent that a tenant farming right to buy (something that long ago transformed not just Ireland but lots of other European countries) has been ruled out for Scotland.

That’s clear from the record of the Scottish Government’s already established Tenant Farming Forum (TFF). The forum can only deliver on matters on which its members reach consensus. Since both landlords and tenants are represented on the TFF, and since they’re at odds over what’s best for them, the forum has so far delivered little.

A better model for Richard Lochhead’s agricultural holdings review would be the Land Reform Policy Group set up by the late Donald Dewar in 1997. The group, which paved the way for the land reforms enacted during the Scottish Parliament’s first session, consisted not of competing interests but of senior civil servants with the ability to draw as necessary on external (and non-aligned) expertise.

Most critically, the Dewar group was chaired by Lord Sewel, the Minister responsible in the pre-devolutionary Scottish Office for what’s now Mr Lochhead’s portfolio. Lord Sewel made clear what he and colleagues wanted by way of reform – and the group’s task was to work how how these reforms could be delivered.

So why doesn’t Richard Lochhead now set up and chair a similar group of high-ranking officials (drawing on external academic or other expertise as required) whose job will be to tell the Scottish Government how a tenant farming right to buy could be made to work in Scotland? A review group constituted on this basis might investigate:

These measures would ideally be taken forward in conjunction with other land reforms already under consideration, such as expanding the area in community ownership, the overall aim being greatly to diversify Scotland’s land ownership structure by reducing the number and size of big estates and putting an end to the current ownership of more than half the country by fewer than 500 people.

But as well as exploring how to get farm tenants out of the ‘feudal time warp’ (as it’s been described by the Scottish Tenant Farmers Association’s Chair, Christopher Nicholson) in which they’re presently stuck, Mr Lochhead’s review group should look at the possibility of a right to buy for existing tenants being quickly followed by:

This would create a situation where farmer-to-farmer rental arrangements (whether for a field for a year or an entire farm for ten years) would be on exactly the same basis as, for example, the letting of premises for a shop or some other business.

In the post-reform Scotland, which (like Ireland, Denmark and many other European countries) would be largely owner-occupied, then, there would be complete freedom of contract in respect of letting of land – just as there is with regard to other forms of commercial letting.

This would have the effect, among others, of making it easier for new entrants to get into farming. But the Cabinet Secretary and his review group might also consider helping new entrants further by investigating:

Such a co-operative might be pump-primed financially by government – but would thereafter be dependent on its letting income both to cover its costs and to generate an annual surplus sufficient to enable it to add to its landholdings and thus aid, over time, a growing number of new entrants.

Subsequent to getting rid of the plethora of legislation that’s been keeping lawyers and the Court of Session’s Lord Gill & others so busy of late, the one regulatory measure that might be required would be an upper limit on the area of farmland that can be owned by any individual or company – other than the farmer-led co-operative mentioned above.

This upper limit would vary in accordance with land quality. It would have the effect of dismantling and returning to individual farmers some of the bigger in-hand operations which have recently been taking shape on some estates. And it would prevent the re-emergence of something approximating to the sort of estates these reforms would be designed to remove from the farming scene.

There might, however, be no ban on the amount of land an individual might rent on a freedom of contract basis – thus enabling the formation, as appropriate, of large-scale farming enterprises.

And what of the barrier allegedly put in the way of any meaningful land reform by Article One, Protocol One (A1P1) of the European Convention on Human Rights (ECHR)? In fact, A1P1, which has to do with ‘peaceful enjoyment’ of property, need be no barrier at all. As Lord Gill commented in December, when ruling on measures that give crofting communities an absolute right to buy crofting estates, such reforms are perfectly in accordance with A1P1 – provided the Scottish Parliament takes care to ensure that the case for reform is made on clearly stated grounds of public interest.

Over, then, to Richard Lochhead. While it’s clear that his review group, if it were to have the sort of remit suggested here, wouldn’t have an easy job, it wouldn’t (as is shown by the experience of other countries) have an impossible one either. And all that’s required, in the first instance, is for the Cabinet Secretary (who pushed strongly for a tenant farming right to buy when in opposition) to launch the sort of review that shows he’s still committed to the one thing that’ll truly help a group of people who, though they include some of Scotland’s most go-ahead farmers, have for far too long had a really lousy deal.

Politicians holding office can opt simply to administer their departments – which means they’ll have a quiet life and quickly be forgotten. Or they can choose to promote game-changing legislation to which, as in George Wyndham’s case, their name will long after be attached. Time, then, for a Lochhead Act?