The enemy is the landlord, the agent, the capitalist and the Parliament which makes and maintains iniquitous laws 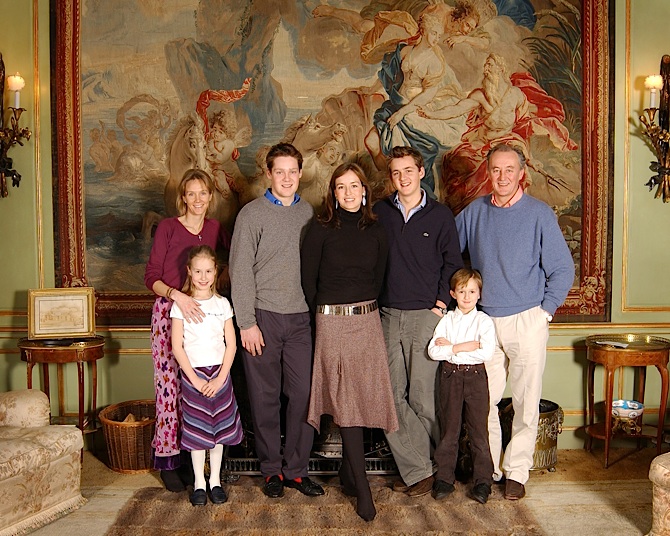 Yesterday in Parliament there was a debate on land reform (Official Report here and watch here) initiated by the Labour Party. Congratulations to them for doing so. Eighty years ago, in 1923, when Labour was elected to government for the first time ever, their manifesto contained a section on the land.

The Labour Party proposes to restore to the people their lost rights in the Land, including Minerals, and to that end will work for re-equipping the Land Valuation Department, securing to the community the economic rent of land, and facilitating the acquisition of land for public use.

We are still waiting.

The day before, there was an announcement that the Duke of Roxburghe (pictured above), the owner of 55,136 acres of land (some of which is held in trusts in the Bahamas), had agreed to lease 2 of them to the people of Kelso for a period of ten years to use for allotments. The Head of the Scottish Government’s Food, Drink and Rural Communities Division attended the opening ceremony and Paul Wheelhouse, the Environment and Climate Change Minister provided warm endorsement.

Quite why a 2 acre cabbage patch should attract such attention from Government Ministers and officials is a mystery. I can’t quite imagine other Cabinet Ministers in the UK, Denmark or Germany getting quite so excited. But this modest redistribution of land for 10 years sums up the land reforming ambitions of this Government quite well.

In the debate yesterday there were some interesting contributions from MSPs with Claire Baker and Patrick Harvie standing out for their clear and focussed speeches. It was left to Mr Wheelhouse to try and breathe some life into the dying corpse that is the Land Reform Review Group (it’s membership will increase from 3 to 5). I would rather have seen it wound up, given a clearer, unambiguous remit and a membership of people with a background, understanding and commitment to land reform. It is to bumble onwards though.

In 1999, out of frustration at what I then considered (but now look back on with fondness) to be Labour’s timidity on the land question, I wrote a short book called Scotland. Land & Power: the agenda for land reform. I have several copies left if anyone wants one free of charge.

Much of what I wrote then could be reproduced today and still be relevant but one passage caught my eye as I skimmed through the pages. I quoted Jim Hunter, whose intervention on Monday was noted in Parliament yesterday. In a conference on land reform in 1998 he said that,

“The process on which we are embarking could, if we make it so, be far-reaching in its implications … It could certainly result in very basic alterations in the current pattern of ownership and control [of land].”

I then proceeded to argue that whether or not such alterations were well in hand by the end of the first or even the second or third terms of a Scottish Parliament was open to doubt.

As it happens I was proved right. Such alterations are not well in hand. Nor do they look as though they will be anytime soon.

The land reform debate is over for the moment. What we now have until April 2014 is a debate about community ownership.

Now, I don’t so much mind about that (it is an important topic) if in fact that was what Scottish Ministers always intended. It’s just that it would have been more honest of them never to pretend that this was going to be about land reform.

The title for this blog post is taken from the Land Restoration League Manifesto.