the most useless 52 pages ever committed to print 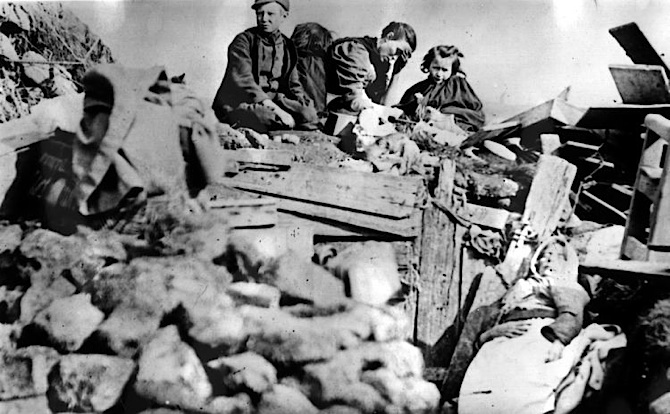 Following yesterday’s Guest Blog by John Bryden, former land reform adviser to the Scottish Office, we are delighted to publish the thoughts of Brian Wilson on the topic. Brian was one of the founders of the West Highland Free Press, a newspaper established in part to expose the iniquities of the land question and whose masthead still carries the slogan borrowed from the Scottish Land League “An Tir, an Canan ‘sna Daoine – The Land, the Language, the People”. Brian was Minister of State in the Scottish Office from 1997-1998 and, within weeks of being appointed had set up the Community Land Unit in Highlands and Islands Enterprise which, together with the Scottish Land Fund, was one of the keys to unlocking the latent demand for community ownership of land in the region. (1)

The most useless 52 pages ever committed to print

When the Land Reform Review Group was established by the Scottish Government last year, I predicted that it would turn out to be a waste of time; an exercise in kicking the whole thing into touch until after the referendum. The timetable was the giveaway.

While that judgment stands, I am now tempted to think of it as a practical joke – a last mocking laugh at those who were still deluded enough to believe that anything as interesting as land reform might feature in a Scotland where radicalism has been replaced by the constitutional obsession.

The interim report of the Group is quite difficult to find even on its own web-site.  I can only put this down to cyber-embarrassment. In the long history of reports about what used to be called the Land Question in Scotland, this must surely be the most useless 52 pages ever committed to print.  If a Question exists, then it has entirely escaped the notice of the authors.

Andy Wightman, the campaigner on land issues who gallantly seeks to keep the flag flying, headed his own assessment of the Group’s report with the indictment: “Land reform withers on the vine of complacency and ignorance”.  I fear he is right. Nothing of value will emerge from the remit that the Land Reform Review Group has taken refuge in.

The group is chaired by Dr Alison Elliott, a former Moderator of the General Assembly of the Church of Scotland, who is doubtless  a well-intentioned soul. But she seems to have approached this task with a knowledge base close to zero and the report suggests little sign of having advanced from that starting-point.

There is no trace of historical context and little attempt to define the status quo, in order to understand why there is even an issue to address.  The nearest we get is the recognition that “Scotland has significantly large private landholdings and the discretions of ownership allow a few people to make decisions about large parts of the country’s land resource and also in some cases about the options available to the people who live their lives on it”.

But, having made that statement, there is no attempt to quantify the scale of what it describes, far less offer any indication of doing anything about it. It does not seem to have dawned that there might be a moral, social or economic issue inherent in the fact that Scotland continues to have the most extreme maldistribution of land ownership in Europe. That would be to bring politics into it, and we mustn’t do that.

Some of the passages are laughable in their naivete.  “Large private estates were quick to invite the group to visit,” the report recounts proudly, “and so the group spent time at the Atholl, Moray, Buccleuch and Annandale Estates”.  I wonder if they spent any time investigating the vast, empty acreages to which they were not invited and to which access might have presented rather more of a challenge?

Sadly, it took them five months to communicate what they were doing due to an unexplained delay in hiring public relations consultants. And it appeared to astonish them that they received nearly 500 submissions as opposed to the 100 which might have been more manageable within the proposed timescale.  Gosh! Are there really 500 people interested in this stuff?  Extraordinary!

The report devotes a lot of space to describing matters that it is not going to concern itself with.  The poor old tenant farmers, who had apparently placed quite a lot of hope in the Land Reform Review Group,  probably due to the bogus rhetoric that surrounded its launch, have been given the complete bum’s rush. “This aspect of rural Scotland is clearly problematic and requires sensitive and expert attention,” the Group declares boldly – before running a mile from having anything to do with it.

In a glimmer of recognition that all may not be absolutely perfect in Scotland’s rural idyll, the report notes that some tenants were “fearful of speaking at open meetings, or even of putting their concerns on paper, because of possible recriminations should their landlords hear they were expressing these views in public”.  How awful!  But absolutely nothing to do with Land Reform, you understand. One wonders what has happened to the unfortunate tenants who spoke up!

As Andy Wightman points out, the remit has been narrowed down to the point where it is “not a land reform review group – it is a community ownership review group”.  And that, frankly, is a cop-out. Of course community ownership is an option in certain places and circumstances but in those areas where the grip of landlordism is tightest, it is pure fantasy to suppose that depending upon  the word “community” is going to change anything.

Reading this report, it is difficult not be scathing about its contents because they are so insipid and contain so many cop-outs. But it would be unfair to lay all, or even most of the blame at the door of Dr Elliot, who was certainly not chosen due to any identifiable track record on the imperatives of the land issue. It the people who put her in this position who should really be called to account.  If land reform is a political issue then it must be tackled by politicians, on the basis of conviction.

The last group convened by Government to come up with a land reform agenda was in 1997 and the difference was that we meant it. The group was not chaired by a lay novice but by a Minister, John Sewel, whose day job had been as a land economist.  It did not have three members but ten, all of them with a serious background in the subject.  It had as its principal adviser John Bryden, who had been intensively involved in land use issues for the previous 30 years.

In other words, it was a politically-driven initiative with a clear objective – to come up with a land reform package which could be handed over for the new Scottish Executive to turn into legislation, which is what happened (though even then it was watered down).  But Scottish land reform was always meant to be a process rather than an event and, since then, there has been nothing – until the setting up of this Group which has little expertise and no political direction.

It does seem remarkable that there appears to be no politician in the current Scottish Government with the remotest interest in land reform as a cause.  The interim report must be –  so many words in the past and so little action in the present.