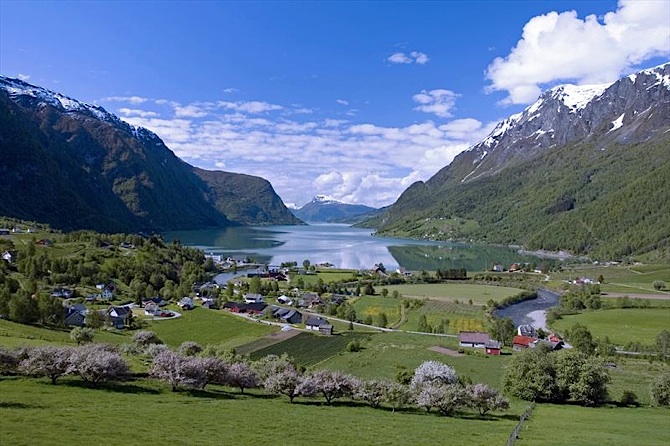 We are delighted to host this Guest blog from John Bryden who was External Adviser to the Scottish Office Land Reform Policy Group (LRPG) 1997-1999. John delivered the 3rd John McEwen Memorial Lecture in 1996 and now lives and works in Oslo. Further details of John’s involvement in land relations are detailed at the end of the blog. Further publications by John together with contact details can be found on his website and he can be contacted via email jmbryden08@gmail.com.

Land Reform in Scotland was always going to be a big mess, and it is! It’s not the fault of the SNP, or Labour. Scotland badly needs a redistribution of property if it is to build the kind of social democracy, and more equal society, that Norway has. The sentiments and history that could encourage such a society are much more ‘present’ in Scotland than they are in England, or indeed in many other countries of the world, but the political, social and economic conditions need to be built over time. In my view this is essential for the kinds of policy reforms that I – and I think many others – believe Scotland needs, whether as an independent nation within the EU, or whether under ‘devo-max’ or a federated structure of some kind. We cannot evolve distinctive, just, and fair policies under present UK political conditions, which are deeply affected by the structures of inequality of wealth, income and opportunity that those same political conditions have created.

It was the equal distribution of property that gave Norway its large number of voters in the first half of the 19th century, and which shaped its political, economic and social advances after that. Norway’s ‘exceptionally liberal’ constitution of 1814, adopted following independence from Danish rule, gave the vote to all owners of land, making about 45% of males over the age of 25 eligible to vote. This compared to a mere 4,500 male property owners out of a population of 2.6 million who had the parliamentary vote in Scotland after the much-lauded British Reform Bill of 1831. The important point is that Norway’s political settlement on independence from Denmark, its relatively large number of property owning small farmers and hence voters, together with the creation of strong local government shortly afterwards, established the political conditions necessary for Norway’s extraordinary development over the following 150 years or so, a period when it moved from being among the ten poorest nations in the world to being in the top ten.

However, the world has moved since the 19th century, and we now have – irony of ironies – a European ‘Human Rights’ legislation that protects property owners, and under present conditions makes it impossibly expensive for any government to make radical changes to landownership directly.

So radical land reform in Scotland has to be started mainly through an indirect approach, through land taxation and other measures that progressively limit the land market in ways that inhibit speculation and investment in land as a store of (great) wealth, and encourage ownership by individuals who work the land with their families, and by communities working together.

In a more autonomous Scotland, there would be a battery of possible measures to achieve this that would not breach Human Rights legislation, but which are not normally at the forefront of discussions of ‘land reform’ as such. First among these, and by far the most important, is land value taxation which should be collected and used by local authorities (and hopefully much smaller ones than we presently have). This would scare off the speculators and lower the price of land, which will be a good thing for nearly everyone in Scotland, and make it easier to get into the necessary major redistribution. If land taxation were augmented by local income tax, using the Norwegian system whereby local authorities are responsible for collecting it and retain an agreed share before sending the balance to higher levels, there would be no need for a Scottish central government to subsidize local government in general, although there would be a need for a Nordic-style fiscal equalization scheme. (1)

Other supporting measures would speed up this process. These could include

(1) a requirement that purchasers of land should be ordinarily resident on their land for more than 6 months in the year, and should be a Scottish income tax payer, and

(2) that they should be ordinary persons and not limited companies or corporations, and that they should demonstrate appropriate skills and training. There would be a lower size limit on these rules to avoid negative effects on the crofting community.

I would add that nothing I have said changes my support for the key measures of the limited reforms undertaken after devolution (and, let us remember, only possible because of devolution). Small steps indeed, but steps in the right direction. The Land Reform Policy Group (LRPG) was inhibited on the topic of land taxation because of the limited tax powers in the devolution settlement, and the sensitivity of the taxation issue at that time. The LRPG also received legal advice on the impact of the EU Human Rights legislation. The report of the current review group must in my view be judged not by its ability to tinker with existing reforms, but by its future vision and the practical measures it proposes to reach that vision.

John Bryden was external advisor to the Land Reform Policy Group established by the Labour government in 1997, and which reported in 1999. Most of the LRPG proposals were implemented by the Scottish Parliament after Devolution. He also served on the first Scottish Land Fund until its absorption into the ‘Big Lottery Fund’.  He was earlier largely responsible for the HIDB Land Reform proposals in the period 1976 to 1979, while head of the land development division. In 1996 he gave the John McEwen Memorial Lecture on Land Tenure and Rural Development in Scotland where he argued, among other things, for the introduction of Land Value Taxation. Between 1995 and 2004 he held the Chair of Human Geography at Aberdeen University, and was co-Director of the Arkleton Centre for Rural Development Research. John read Political Economy at the University of Glasgow, and took a PhD in Development Economics at the University of East Anglia, where he also taught for some years. He currently lives and works in Norway where he is collaborating with a number of Scottish and Norwegian authors on a book that seeks to explain why Norwegian and Scottish development paths took such radically different directions after the 18th century.

(1) Note as a matter of interest that kommunes in Denmark levy a land tax which is also owned on land owned abroad. This means that the 290,000 acres of land in Scotland owned by Danes is contributing to municipal services in Denmark but none in Scotland.