Planting forests is a sure way to grow rich 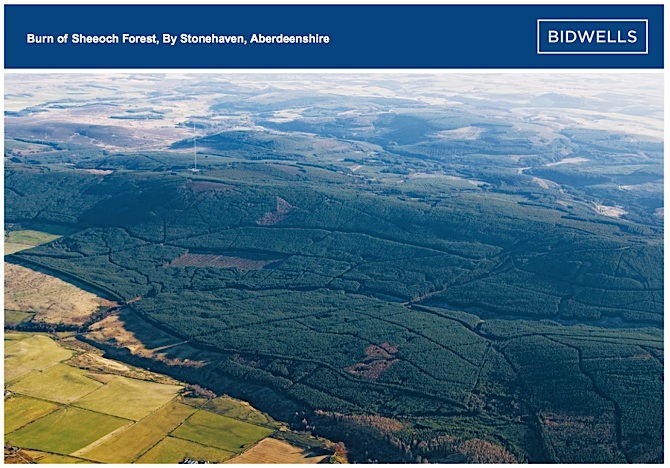 I studied forestry at Aberdeen University at the time of the rapidly expanding afforestation of the Flow Country of Caithness and Sutherland. One day, the Chief Executive of Fountain Forestry, the company that was the leading player in this misadventure, gave a lecture to us. Afterwards, he invited questions. “Why, I asked, was the Government giving huge tax breaks to folk like Terry Wogan and Shirley Porter – the vulgarians of the metropolis in London – to plant trees in the far north of Scotland? Why did it not simply award the money in the form of grant aid to the crofters and farmers of the region to plan the trees instead?” It was a naive question but I quickly learnt that asking such questions was not welcome, even in a University where asking questions is meant to be what one does.

Ever since then I have been curious as to why a land use with so much potential to revitalise rural economies, support communities and provide a home and workplace for families like it does in the rest of Europe should instead be an elite formation designed to enrich a landed class drawn from anywhere but the locale. Some of the facts behind this are explored in a recent report I wrote – Forest Ownership in Scotland.

The topic is brought to mind today by the advertisement of a 403 hectare forest for sale in Kincardine-shire. Burn of Sheeoch (pictured above & sales brochure here) is offered for sale by Bidwells at a guide price of £2,500,000. It was bought in 1982 for £441,000 by the Post Office Staff Superannuation Fund from Baron Craigmyle and planted in 1983-84 with substantial public grants. In 1995 the Fund sold it for £200,000 to Spero Nominees Ltd., a nominee company with a fully paid-up share capital and total assets of £4 and wholly owned by Deloitte & Touche Holdings Ltd. (see below). 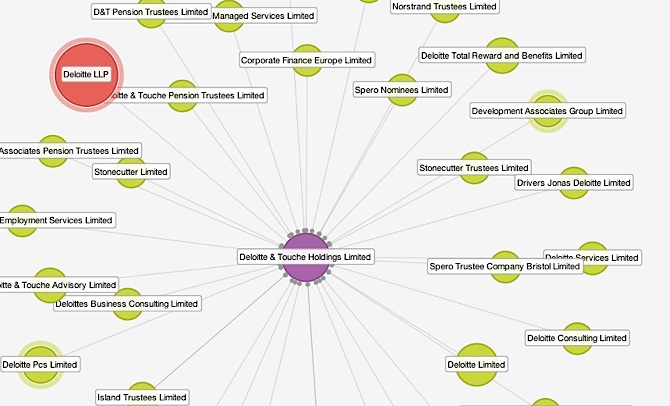 In other words this forest was acquired by a global accountancy firm on behalf of someone – we know not whom. In 2007 the land was transferred for free to a company called Walbrook Trustees (UK) Ltd. which is wholly owned by Barclays Wealth Advisory Holdings (Guernsey) Ltd. The 2012 accounts of Walbrook describe the company’s principal activity as the “provision of trust services“. It made no profit or loss in 2012, has total assets of £7,650 and “it is anticipated that the Company will be put into Member’s Voluntary Liquidation during 2013“.

But not before Roderick Leslie Melville has earned a nice commission on  a sale of £2.5 million which will be paid to a ghost company in Guernsey about to go into liquidation. The forest “benefits” from a Long Term Forest Plan approved by Forestry Commission Scotland in April 2013 providing access to a “range of forest management grants“.

The seller (Wallbrook, Guernsey, soon to be liquidated) will also be “entitled to share in the benefit of any renewable development at the property and receive 50% of all payments by or on behalf of the landowner within the 10 years following sale and shall be entitled to these payments for a period of 25 years from the date the first payments are received.”

So my naive question of 30 years ago remains unanswered. Vast sums of public money have subsidised the creation and ongoing management of this forest and future revenue streams of public money for renewable energy contracts will also flow to some anonymous offshore nominee company following receipt of a capital tax free payment of £2,500,000.

I don’t understand why the Scottish Government and Parliament continue to preside over such a scam.