Time for a decision on Cape Wrath

13. May 2013 · Comments Off on Time for a decision on Cape Wrath · Categories: Land Reform, Legal affairs, Politics 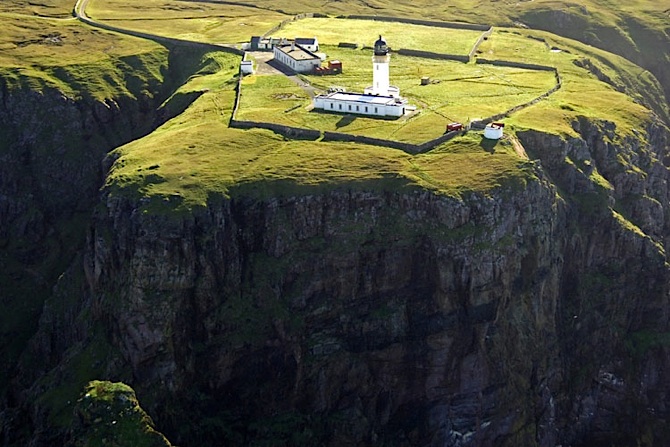 Scottish Ministers are 220 days late in making a decision as to whether to register an interest submitted by a community group Durness in relation to the Cape Wrath lighthouse.

The Land Reform (Scotland) Act 2003 contains provision in Part 2 for communities to apply to Scottish Ministers to register an interest in land in rural Scotland (any land outwith settlements of over 10,000 population). Once registered in the Register of Community Interests in Land, the land cannot be sold by the owner without the community having a prior right to buy it at an independent valuation. The Act lays down the procedures to be followed.

I remain unimpressed with this piece of legislation. Having reviewed its operation in 2007, I came to the conclusion that it was not fit for purpose and discuss the problems at greater length in Chapter 27 of The Poor Had No Lawyers. One of the criticisms I have of the legislation is reflected in the title of Chapter 27 of the book Bureaucratic Nit-picking and Fine Legal Arguments. The Act is currently under review by the Land Reform Review Group.

The Act is excessively bureaucratic and legalistic. For example, Scottish Ministers are charged with numerous responsibilities. Ignoring their legal obligations (e.g making certain information available) and their administrative tasks (e.g. sending letters to people), Ministers have over 20 discretionary decisions to make in each individual case – decisions which will determine whether or not a community is successful in acquiring land. And one community in the north west of Scotland is currently exposed to one of the most inequitable aspects of the legislation.

In 2005 Durness Development Group Ltd. first registered an interest in a parcel of 45ha of land owned by the Northern Lighthouse Board – Cape Wrath lighthouse and surrounding land (Registration No. CB00028). As can be seen from the map below, the land is bounded to the south by  15,000 acres of land owned by the Secretary of State for Defence and the MoD has been keen to add this small but significant corner to their larger estate. The interest was registered in January 2006 and expired in January 2011 (registrations only last for 5 years before having to be re-registered). 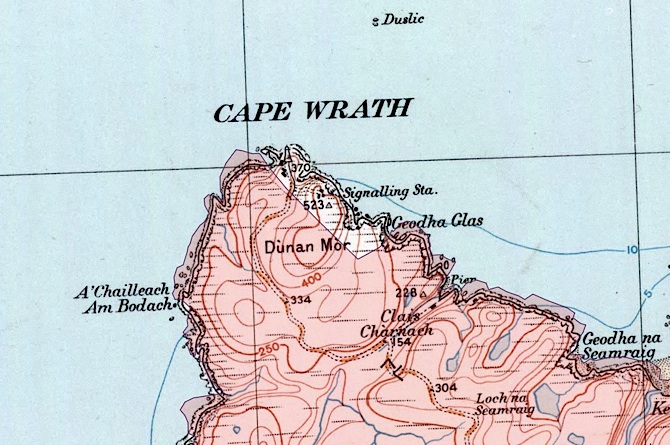 In August 2012, the community applied to re-register the land once more (Registration No. CB00147). Following receipt of an application, Scottish Ministers first have to validate it to check that it is in order and that the correct documents have been completed. This takes not more than a day or two. The Durness application was received on 1 August 2012 and entered on the Register as “pending a decision” on 3 August 2012. And this is where matters get interesting.

Section 37(17) of the Act states that “Ministers shall, within 63 days of receiving an application“, notify a community body of their decision on whether to register an interest or not. The 63 day time limit expired on 12 October 2012. It is now 283 days since Scottish Ministers accepted the application from Durness Development Group Ltd. and no decision has been issued.

Now the legislation is very clear about the timetable within which community bodies must do the things they are obliged to do, such as hold ballots and submit offers. There is no room for any slippage and, if they fail to abide by the deadlines set for them, their application will fail. But Scottish Ministers, who also have to come to decisions under various sections of the Act (such as inform the community within 63 days of their decision) are protected from such failures. On the 63 day rule, Section 37(19) states that “Any failure to comply with the time limit specified in subsection (17) above does not affect the validity of anything done under this section.” And so Scottish Ministers can take as long as they like. As they can in respect of their powers under Sections 49(6), 51(7) and 59(2).

Of the 49 other applications that have been accepted, 41 have had decisions taken within the 63 day limit. A further 7 have been over the limit by up to 20 days, another by 22 days and the longest slippage has been 77 days in the case of application CB00127 from North West Mull Community Woodland Company Ltd.

An overshoot of 220 days is unprecedented.

There has been a lot of media attention devoted to the proposed acquisition of the land by the Secretary of State for Defence.

2 February 2013 Cape Wrath will not be closed to public, MP says

But the MoD will not be able to buy this land from the Northern Lighthouse Board if Scottish Ministers grant the community a right to buy and yesterday it was reported that the MoD had withdrawn its bid to acquire the land. Cue much celebration from Ramblers Scotland, Durness Community Council and the local MSP, Rob Gibson.

But why has no-one sought to seek an explanation as to why Scottish Ministers have taken so long to reach their decision? The MoD are an irrelevance as a potential purchases if the right to buy is granted.

Ministers are now over 7 months late. What’s the problem?

A Scottish Government spokesman said:
“Durness Development Group Ltd has submitted an application to register a community interest in land at Cape Wrath that includes the Lloyd’s Buildings and some stables, which is currently being considered by Ministers (CB00147).  Ministers are continuing to consider the case and are having ongoing discussions with officials.
“Under section 51(7) of the Land Reform (Scotland) Act 2003, failure to comply with the time limit specified for the Ministers’ decision does not affect the validity of the Ministers’ decision to consent or refuse an application.”
UPDATE 30 JUNE 2013
On 6 June 2013, Durness Development Group Ltd. submitted a fresh application to register and interest. It was approved by Ministers in a record-breaking six days on 12 June 2013. Clearly there is something going on here.
UPDATE 11 JUNE 2013
Rob Edwards writes in the Sunday Herald today about the war of words between the MoD and Scottish Government. On his own website he includes a link to MoD documents which clearly reveal the reasons why there was such a delay with the MoD flexing its muscle in the interests of national security and the Land Reform Act being unclear in its terms as to how such an interest should be dealt with.