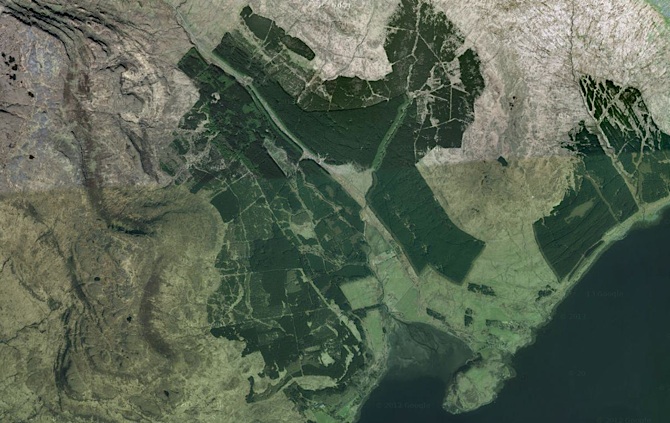 The Forestry Commission is planning to sell the 790 hectare Tioran Forest on the Isle of Mull and have advised the community that it has the opportunity to acquire it under the National Forest Land Scheme (NFLS).

I have blogged about Mull and forestry already and how it appears that the Scottish Government is intent on turning the island into a resource colony for distant multinational corporations. The sale of this large public forest adds to that sense of unease.

If the community is to be successful in taking ownership of this land (and it appears keen to do so), it will have to pay the full market price for the property. I don’t know how much this forest is worth but I would guess one would not get much change from £1 million. Where is a fragile community to raise such a sum of money?

If we are serious about community forestry, there is a better way to go about this. The Forestry Commission owns no land. It is not a landowner. Instead, the land that it manages across Scotland is owned by Scottish Ministers and the FC merely manage it on their behalf.

Section 3(1) of the Forestry Act 1967 states clearly that

(a) the power of the Commissioners under this subsection to manage and use any land shall, without prejudice to the generality of that power, include power to erect buildings or execute works on the land;

As an alternative to the complex and expensive process of buying this land, Scottish Ministers could, since the FC no longer with to manage it, simply appoint an appropriately constituted community body on Mull and “place” the forest “at their disposal” under an agreed scheme of delegated authority. This would require a modest amendment to the Act to the effect that Ministers have the power under secondary legislation to appoint other bodies as capable of having the Scottish Ministers’ estate “placed at their disposal”.

No money would change hands. The forest would remain in public ownership and would be managed by local people for the benefit of the Mull economy.

The silliness of the proposed NFLS transfer is illustrated by a similar situation in Cowal, Argyll. On 22 February 2013, Colintraive and Glendaruel Development Trust was awarded a grant of £311,500 from the Scottish Land Fund to part finance the acquisition of the 615 hectare Stronafian Forest in south-west Cowal. The Scottish Land Fund monies come not from the National Lottery as was the case ten years ago (when I was a member of the Fund) but from Scottish Ministers. It is part of the Scottish Consolidated Fund – taxpayers money.

In other countries across Europe, public forests are not the sole responsibility of the State. Regional Governments, Counties and Communes and Municipalities own extensive forests. See the map below for an illustration of this where in France over 20% of public forests are owned by Communes. 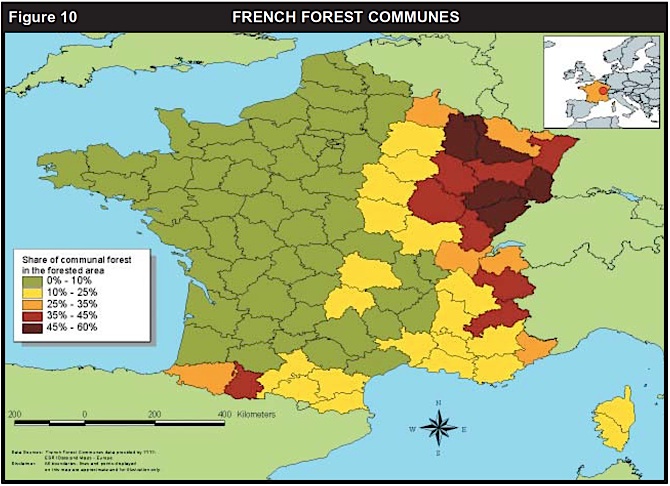 See previous blogs which highlight this here and here together with a report and essay on forest ownership in Scotland.

Some years ago I edited an editorial by the historian, James Hunter , in which he observed that “the Forestry Commission is to Scottish forestry what collectivisation was to Soviet agriculture.”